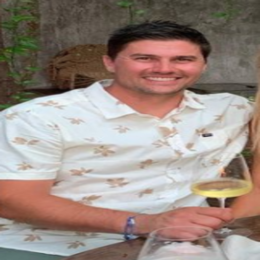 Joshua Hall is a licensed realtor in Austin, Texas, who works for the brokerage company, "Spyglass Realty." He specializes in buying and selling properties in the Greater Austin area. Let's discuss his personal life, lifestyle, family, and more in detail.

Flip or Flop cast Christina Haack found a new man in her life. After Paparazzi and media stalked this mystery man, it turned out Haack's partner is also from the real estate industry. And, the blonde beauty only revealed her relationship on July 8, 2021, after keeping it secret for months. 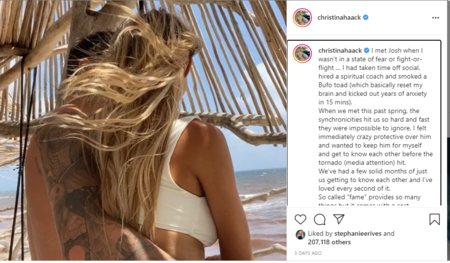 The reality star first shared her experience on Thursday, July 8, with a sweet Instagram post announcing her new relationship. The blonde-haired took a photo of the back of the couple's heads with a lengthy message about the new chapter of her life.

In the second post, she about her trip to Tulum alongside a carousel of images from the trip with her newfound joy. Furthermore, Haack thanked her man for kicking off her 38th birthday with a whimsical dream vacation.

The realtor revealed how his life and family were shuffled around the country for different military assignments before settling back into their hometown of Southern California. Further, Joshua Hall allegedly began dating Christina Haack in December 2020.

Well, Joshua met Christina at a real estate conference a few years ago before reconnecting in Tennessee in April. To be precise, both Joshua and Christina share some common interests too, and are canine lovers. 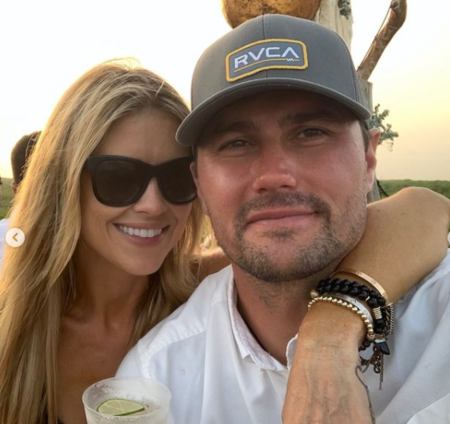 Additionally, Haack's affair with Joshua Hall comes right after her divorce from ex-husband Ant Anstead. Sparked a romance with famous actress Renee Zellweger. Ant Anstead and Christina El Mousa finalized their divorce in the fall of 2020.

Before Christina Haack, Joshua Hall was married to a woman named Chelsea back in 2016. His sister Jessica took to Instagram to celebrate Joshua's first wedding anniversary in August 2017. The marital bliss between the two was short-lived, and it soon came to an end.

What Is Joshua Hall Net Worth?

Joshua Hall became a police officer at the young age of 21. Sadly, he had to retire after working for sixteen years because of injuries. Hall describes that his previous career involved solving problems and helping underprivileged people.

Joshua's passion for real estate and his philanthropic world were the two reasons to switch careers. That is how Joshua decided to achieve Texas real estate license. Joshua Hall works for Spyglass Reality in Texas and possesses a net worth of $3 million as of 2021.

Not to mention, Hall currently works for Spyglass Realty to specialize in buying and selling real estate properties around Hill Country and Greater Austin Area.

Joshua Hall married a lady named Chelsea in 2016 and divorced in 2017. They called it quits after living together for a year.