Home Article A loving wife, caring mother, and a perfect Journalist. Know all about Jenna Lee including her married life and career

A loving wife, caring mother, and a perfect Journalist. Know all about Jenna Lee including her married life and career 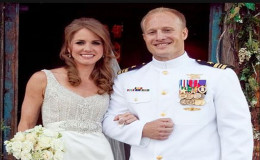 Journalist Jeena Lee and Leif Babin was married for 5 years and they were very much happy with their relationship.

Gorgeous Jenna lee is an American journalist and an anchor working for the Fox News Channel. She is happily married to her husband Lieutenant Commander Leif Babin, a former Navy seal officer.

The couple tied the knot on July 3, 2011, and is living a blooming life since then. They were also blessed with two children Brian Marc Babin and Liberty Josephine Babin.

The duo met for the first time at Waldorf-Astoria in New York in October 2008. Both were attending the Navy Seal Warrior Fund dinner. Due to the last-minute of invitation, they both were assigned to the same table.

Destiny!! we must say. 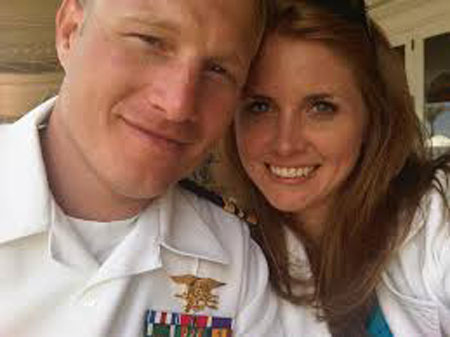 In an interview Jenna shared her first experience of meeting Leif, ‘I looked up and said, ‘Wow, he’s totally handsome, but not my type,’ ‘’I called my mother and told her I met an officer, who is really an incredible guy.’’

Well, after their first meeting they started meeting often and shared a good companionship with each other. Though living on opposite coasts, their love found a way.

After 3 years of relationship finally lovebirds, Jenna and Leif take a vow on July 3, 2011. They had a very typical Fairytale wedding.

The couple shared their first memories of dating by offering their guest's frozen pink margaritas on their wedding day. 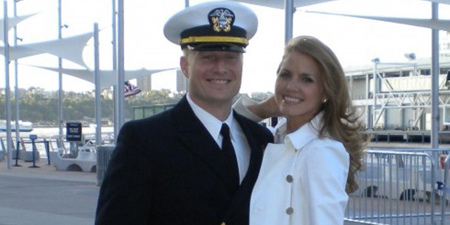 The marriage with Leif was a dream come true for her. It has already been almost 6 years of their marriage and we have never heard any type of rumors regarding their divorce.

In spite of their busy schedules, they have kept their relationship alive in a beautiful way. The couple has been blessed with two children who added more beautiful moments in their life.

Jenna and Leif got the privilege to become the parents for the first time in September 2014. They had a baby boy named as ‘Brian Marc Babin’ later they gave him pet name ‘Trace’. 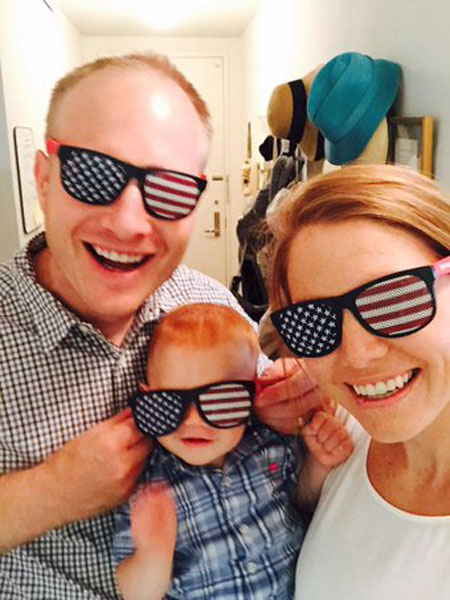 Eventually, the duo was blessed with another baby girl on April 8, 2016. They named their angelic daughter ‘Liberty Josephine’.

Both the husband and wife shares an amazing equation with their kids. Lee often posts pictures of her kids on social accounts.

Brian and Liberty are growing up with immense love from their parents.

#AdventuresOfANewMom #tbt #brotherandsister #love some serious #lifelessons being explained (PS -seating arrangement b4 take-off - NOT a suggestion to ?? to squeeze in extra passengers )

Gorgeous Jenna is an American journalist and a news anchor born on May 30, 1980. She is famous for her right attitude and personality. She is one of the highest paid journalists.

She completed her education from 'University Of California Santa Barbara' and began her career on 2004 at Marine Times (San Francisco community newspaper) and after that, she worked in many prestigious corporate houses.

In 2007 lee was hired as an anchor for Fox Business Morning which changed her life forever. She was the first personality to go from Business network to Fox News Channel

We wish both Jenna and Leif a very successful life.