Home Article Judy Reyes is in a blissful relationship with boyfriend of nine years George Valencia; Shares a Child together

Judy Reyes is in a blissful relationship with boyfriend of nine years George Valencia; Shares a Child together 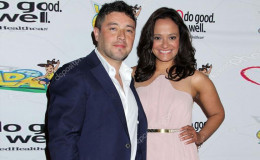 Judy Reyes enjoys being a loving Mother to her Children along with her Husband; Know about her Marriage life, Past Affairs, and Wiki

Popular American actress Judy Reyes, we all know her as Carla Espinosa on the NBC/ABC sitcom Scrubs, was highly appreciated by both fans and critic for her role as Zoila Diaz in the Lifetime comedy series Devious Maids. Currently, she works on the crime comedy series Claws as Quite Ann.

She is very successful in her career, but what about her personal life? The 50-year-old actress is in a relationship with boyfriend of nine years, George Valencia and is also a mother of a beautiful baby girl named Leila Rey Valencia. More details of her relationships here!!!

Judy Reyes who divorced her first husband Edwin M. Figueroa met her current writer/director boyfriend George while working together in the movie Glow Ropes: The Rise and Fall of a Bar Mitzvah Emcee.

The couple started dating in 2008 and Judy announced her pregnancy with their first child in 2009; welcomed baby girl Leila Rey Valencia on November 27, 2009. 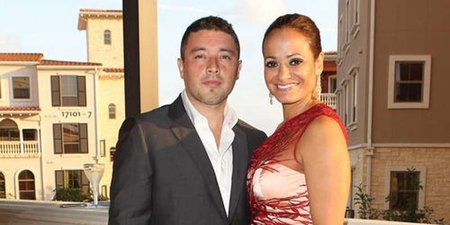 Judy and her boyfriend, George Valencia is parent to one child

In an interview, Judy talked about parenting and said,

“I hope that she has perspective, a good sense of humor, patience, perseverance, and that she really just hangs in there to do what she is passionate about. And has a dazzling smile like her mom!”

Judy often shares photos of her daughter on Instagram. She is now eight-year-old and is her parents' dearest.

My Leila loved @robinmbarnes so much we went to the Polo Lounge twice to see her! #windsorcourthotel #loveneworleans

Judy and George are not married yet but she often calls him her husband. On the occasion of father's day, she said,

“At a loss for words when it comes to describing what a great dad my husband is. Suffice it say that our daughter shines with his guidance, support, enthusiasm and straight up hard work. Happy Father's Day to the most outstanding dad I've ever known. I love you babe.”

The family of three is really happy together and we wished them to stay like this forever.

Claws star Judy was previously married to Edwin M. Figueroa. They exchanged vows in a small ceremony back in 1997. Edwin is also a writer/director.

The duo was together for more than 8-years before calling it quits in 2008. Judy cited irreconcilable difference as the reason for their separation.

The former couple does not share any children between them. 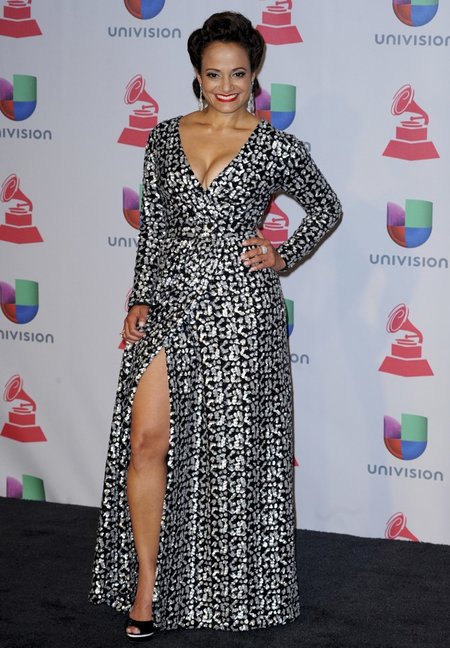