Home Article Kellyanne Conway; America's one of the most controversial reporters. See what is she doing these days?

Kellyanne Conway; America's one of the most controversial reporters. See what is she doing these days? 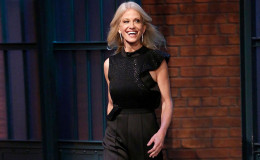 Kellyanne Conway has been very busy after she was elected as the counselor to the president of the United States Donald Trump. She is also a married woman and a caring mother to her husband George T. Conway and four children.

Kellyanne Conway, the first ever woman to run a winning presidential campaign in America, got elected as the counselor to president Donald Trump after he took the office.

Until a few weeks ago, Conway was making headlines with her ''alternative facts'' and whatnot!

Where is Kellyanne these days? She doesn't seem to be defending president's tweet in CNN shows.

Let's find out what's she up to these days and why many Americans are now not buying anything she says.

Now, as soon as we hear the name Kellyanne, we redirect our mind towards the couch incident. Yeah, the incident in which she sat on a couch. 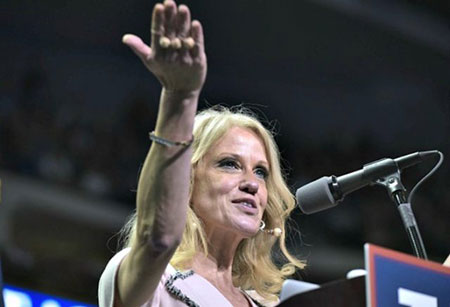 We know what you are thinking, sitting on a couch is no offense but if you forget your basic etiquettes then it can be a big problem.

The White  House counselor allegedly perched on the sofa while Trump and members of the black colleges looked on. 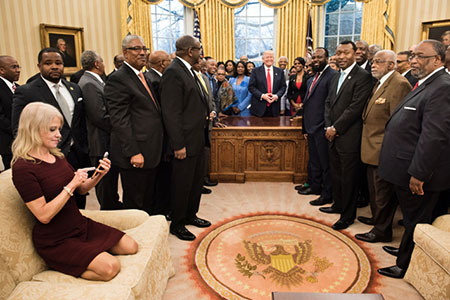 The famous sitting on the sofa incident, Source: NY MAG

Sitting on a sofa is not the only controversy Kelly surrounded herself with. Her other controversy would be the use of two words frequently during any interview.

If you see any of her interviews then you can notice that whenever she is in a pinch she'll often use words like "Fake News" and "Alternative Facts." just to hide the truth. 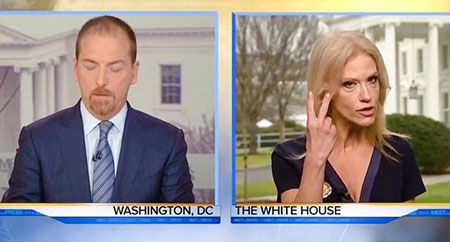 Sean Spicer, the Press Secretary to the White House, lied about the size of the crowd during Trump's inauguration ceremony.

Kelly during an interview regarding Sean's lie, she said that Sean gave an alternative fact about the ceremony.

Want to know what we are talking about then watch the video above and see for yourself.

She once endorsed Ivanka Trump's product on Fox News Network. This woman knows how to surround herself with news and get all the focus for herself.

She is the first ever female to help someone win a presidential campaign. Even though her professional life is full of controversies but she is a loving wife and a caring mother. 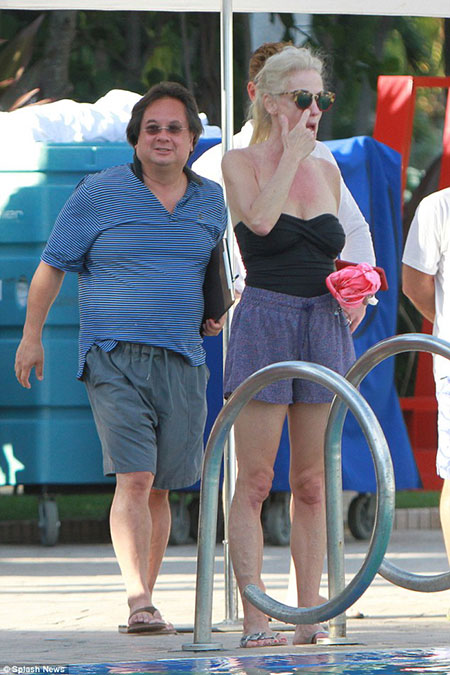 She married George T. Conway III, a conservative lawyer in 2001. Although, she never felt the love of a father but she wants to give her children the love of both the parents.

George and Kelly share four children among them and their family of six couldn't be happier after Kelly got elected as the counselor. 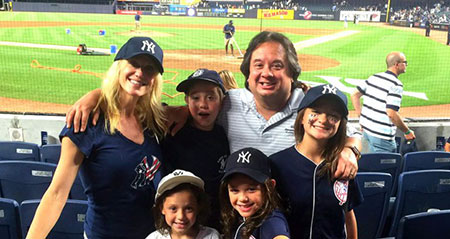 Kelly and George welcomed their twins in 2005, a boy named George and a girl named Claudia. In addition to the twin, the love birds share two girls, aged 8 and 7 respectively.

Well, Kelly is currently laying low for the moment and not getting into any controversies these days.

Well, that's about it for Kellyanne, and for more interesting articles visit our website Married Wiki.