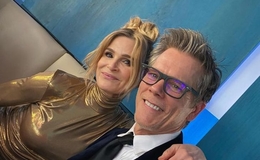 Kevin Bacon and Kyra Sedgwick have been married for over three decades: The pair are parents to a daughter and a son. Complete story here!

Considered one of the most prolific actors with a rare enduring boyish charm, Kevin Bacon has long reigned as a perpetual heartthrob. He first shot to fame with the Academy-nominated Footloose in 1984 and went on to star in some more notable films of the century, including the epic political thriller JFK, Academy-nominated A Few Good Men, and the blockbuster Apollo 13. In his five-decades-long career, Bacon has successfully avoided getting pigeonholed and has built a stellar acting resume, taking up versatile roles.

Kevin Norwood Bacon was born on July 8, 1958, in Philadelphia, Pennsylvania, to an elementary school teacher and the renowned urban planner Edmund Bacon. Kebin dabbled in theatre at a young age and was 20 when he made his debut in the fraternity comedy National Lampoon's Animal House. It was a few more telly and broadway works before the actor landed his breakthrough in Footloose. Bacon is also widely popularized by the parlor game Six Degrees of Kevin Bacon.

A match made in Hollywood: Aside from his magnificently smooth career, Bacon also boasts a happy, stable marital life. The Footloose actor definitely got lucky to have landed the love of his life on the first try. Bacon met his wife, Kyra Sedgwick, on the sets of PBS' Lemon Sky. Kevin recalls he wasn't entirely content with his life then, but Sedgwick and their children brought the joy he was missing. The pair fell in love while filming Lemon Sky.

Sedgwick had her doubts about dating the acclaimed and seven years older star, but it didn't take her long to realize Bacon was the one. "He was just the one, you know? He was just the soul mate; he was just the one," the actress says in her 2019 interview with Vulture. The new lovebirds quickly tied the knot after a year of dating bliss on September 4, 1988, and have since served as one of the best couples to look up to. Barely a year into their married life, Sedgwick gave birth to the couple's firstborn, Travis, on June 23, 1989. 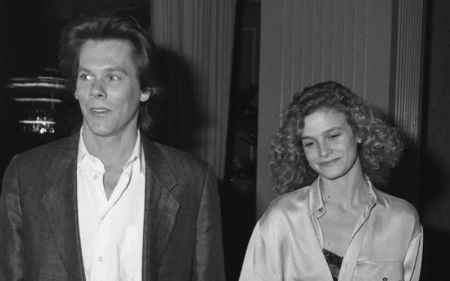 Kevin and Kyra have been married for over three decades. SOURCE: Instagram

The Hollow Man actor and his wife have kept their life away from the screen on the low but aren't afraid of being a little gushy at times. "Not sure how I was so smart at the clueless age of 23, but I am eternally grateful I did one thing right! 31 years- I love you so! @kevinbacon," Kyra wrote while commemorating their 31st anniversary.  The couple welcomed their second kid, daughter Sosie Ruth, a year after co-starring in their straight-to-VHS romantic comedy Pyrates. 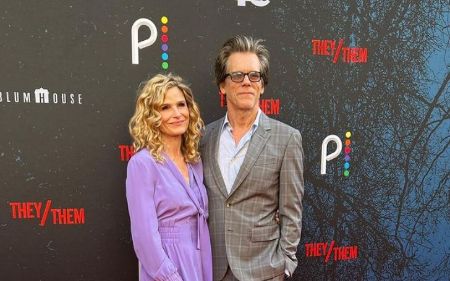 Bacon and his wife were among a few Hollywood couples who lost money on the Ponzi Scheme. SOURCE: Instagram

The long-married pair have worked on a few more projects, including Murder in the Fist, Cavedweller, Loverboy, The Closer, and their mocumentary, A Duck Walks In On A Couple Having Sex. Bacon and his wife have suffered a fair share of relationship bumps and embarrassment, like when the duo lost a significant amount of money in Bernie Madoff's Ponzi scheme. Although the pair weren't the only Hollywood couple to fall for the fraud, Sedgwick expressed genuine dismay after the news. 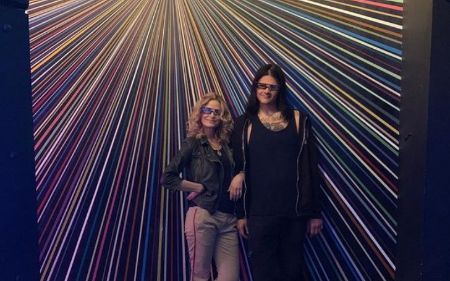 "I just couldn't believe it. It's awful and really sad and infuriating," the actress said. Many have wondered what keeps the sparks alive between the long-married duo, and as we see it, it's joining in on new popping romantic trends, talking about which both Bacon and Kyra and their two children have their family's initials tattooed.  As per Kyra, an active sex life is also instrumental for a successful marriage. "When he walks into a room, I'm still, my heart gets a little fluttery, and I think, Oh! He's so cute. He's so hot," Sedgwick said while candidly dishing on her sex life with the Footloose actor.

Get to Know Kevin Bacon's Wife and Children!

Although not as famous as her husband, Sedgwick is a star in her own right. Her most notable acting credits include TNT crime drama The Closer, for which she won an Emmy and a Golden Globe, Something to Talk About, Born on the Fourth of July, The Game Plan, The Possession, and The Edge of Seventeen. 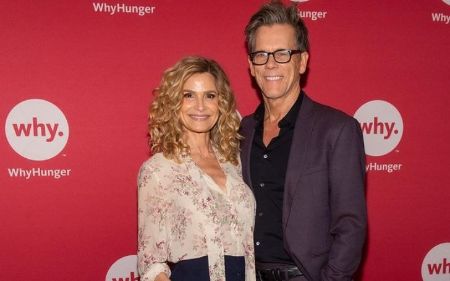 The couple shares two children. SOURCE: Instagram
In addition to a successful career in acting, Sedgwick also has several credits as a producer and director. Born and brought up in New York, Kyra has a theater degree from the University of Southern California. Sedgwick's extensive work in television earned her the Hollywood Walk of Fame for Television in 2009.

Despite their decades-long successful career in the industry, Bacon and Sedgwick consider their children their most significant accomplishments in life. The JFK actor takes much pride in being the father of Travis, 32, and Sosie, 29. "Being a parent [means] bringing them up and trying to teach them and have them learn by example to be good, decent, compassionate, hardworking people," the beloved actor once said.
Kevin Bacon has directed his children!
The duo's son Travis mostly keeps away from the limelight. Travis has a few acting credits and has dabbled in music. The couple's daughter has also dabbled in acting and is progressing toward finding her place. Sosie has credits in her father-directed Loverboy, 13 Reasons Why, Narcos: Mexico, and Mare of Easttown.