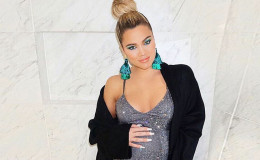 Reality star Khloe Kardashian celebrates her baby shower along with her friends and family at the extravagant Hotel Bel-Air in Los Angeles.

The Keeping Up With The Kardashian star Khloé Kardashian just had her baby shower and it was a shower fit for a queen. There were a lot of big celebrities attending the event.

The event itself took place at the extravagant Hotel Bel-Air in Los Angeles. The full Kardashian family was in the attendance. 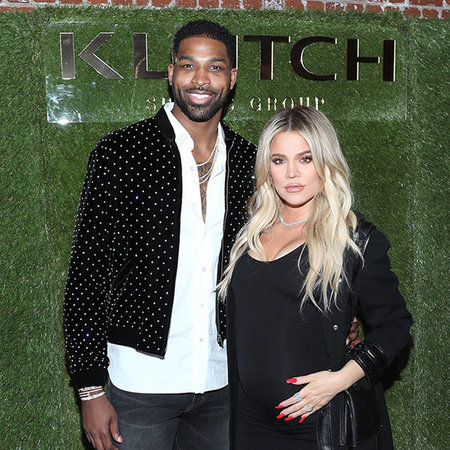 The theme was full pink as everything was pink. From the flowers to the lighting, everything was drenched in the color. Whereas Khloe decided to make a striking appearance as she wore a blush dress along with an overcoat.

The celebration was fully planned by Mindy Weiss. A source told E! News,

"They went all out for the shower with no expense spared and it's turned out to be stunning and gorgeous."

Talking about the pink theme, the source added,

"The shower is very pink with thousands of pink flowers everywhere. There are pink roses and hydrangeas everywhere, it's like an amazing pink garden with floor to ceiling flowers."

Event manager Mindy had planned to perform the ceremony at the outside courtyard but as the weather wasn't up to the mark, the celebration got shifted inside the ballroom.

Had the most unbelievable baby shower - we felt so much love!#ad So grateful to be surrounded by a beautiful support system. And special thank you to @Amazon for helping me bring it all together! More pictures to come! #AllOnAmazon #AmazonBabyRegistry

As the party was centered around the pink theme every guest was told pre-hand about the theme and every one of them wore pink dresses. Kim even dyed her hair pink.

During the celebration, Khloe even made a speech as she thanked all of them for their love and support. Her fiancee, Tristan Thompson arrived 1 hour after the party started along with his three friends.

The couple announced they are now going to become parents last year in December. Earlier this year she disclosed the gender of the baby.