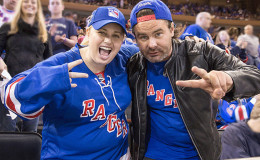 Mickey Gooch is an actor/ producer as well as director of Hollywood movies. Born and brought up in New Jersey. Rebel Wilson is one fine actress today in American cinemas.

Rebel Wilson is an emerging name, a name taken widely in the field of comedy. Despite being a little healthy, Rebel has proven the world that talent comes in every shape and size.

Her much-publicized romance with the creative director and producer of Hollywood, Mickey Gooch stayed for a brief period of time. Then they got separated due to various reasons. Let's find out the truth behind their separation.

Umm well! everyone was pretty much shocked when they found out about them seeing each other.  We can say that the news left everyone astonished.

With his long scandalous history, it is a miracle that their relationship has survived for more than we expected. Reportedly we come to know that both sort of fell in love with each other in a brief passing moment.

Reportedly we come to know that both sort of fell in love with each other in a brief passing moment.

It was a love at first sight, said Wilson well, that must be one hell of a sight. Anyways both were madly and crazily in love with each other and they didn’t felt shy to share with their fans.

From posting the pictures on Instagram to holding hand during the games of New York Rangers, they used to steal the show wherever they go. They started dating in 2015 after meeting through mutual friends.

About their Break up

Unfortunately, it has been confirmed that the two has now broken up in mutual understandings. The 35-year-old bold actress told that she chooses her career over a relationship and she didn’t regret her decision. Here's what Rebel tweeted last year during New Years.

However, the breakup has certainly affected Mickey the most. Well! we hope both of them have their share of happiness.

News about the two splitting up.

Despite being born in heart of New Jersey, one could definitely expect him to speak in the thick New Jersey’s accent but he doesn’t have one.

The 30-year-old talented actor/ comedian is well known for his keen filmmaking approaches and he too owns Skit Bag Entertainments which is a production company.

He is a son of popular Michele “Mickey Gooch” Sr. He certainly belonged to a prosperous family as his mother was a famous politician and a newspaper’s publisher as well.

He joined screening writing school at the age of 18 which is a very young age and has worked very hard since then which is why we now know him as one of the most talented directors of all time.

The talented Australian beauty is the one to really talk about. The super likable blond courageous girl was born in Australia.

She is a standup comedian; actress and a writer. She is a graduate of Australian theater for young people in 2006.

Soon enough, she started to appear in popular series like ‘Pizza’; ‘The Wedge’ and 'Special Broadcast Service' (BSB). She is widely applauded for her performance in musical sequel movie ‘Pitch Perfect’ and ‘Pitch Perfect 2’.

Apart from that she also has contributed to many projects like ‘Few Best Me’, ‘Struck by Lightning’, Bachelorette’ etc.

She is an inspiration for every plus size girl who is insecure about their body. Last year she also started her own clothing line. She tweeted;l

We wish her all the best in life and also to keep up the good work as she is the inspiration for alll of us.