Home Article Know about the married life of the Inventor Lori Greiner and her Husband Dan Greiner.

Know about the married life of the Inventor Lori Greiner and her Husband Dan Greiner. 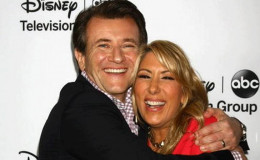 Everyone knows about one of America's most popular reality TV shows of ABC, 'Shark Tank', and let's not forget to mention the ultimate star of the show, the charismatic shark of all, Lori Greiner. We all know about how successful and famous she is, developing more than 350 products and holding 112+ U.S. and international patents.

However, sometimes we do wonder what Lori is like behind the cameras and sets. With this thought, several questions pop up in our mind like what she is like in person, is she happily married, does she have any children and so on.

To answer all these questions, today we will provide you all the information about the married life of the widely acclaimed "The Queen of QVC", Lori Greiner for her show Clever & Unique Creations. Lori is happily married to her loving and supporting husband, Dan Greiner. Let us find out more about her family life.

Married Life of Dan and Lori: A perfect couple

Dan and Lori are indeed the perfect couples, not only they are lovers, but also a strong team and the partners in their business.

They have developed a high level of mutual understanding and loyalty between themselves, personally as well as professionally. 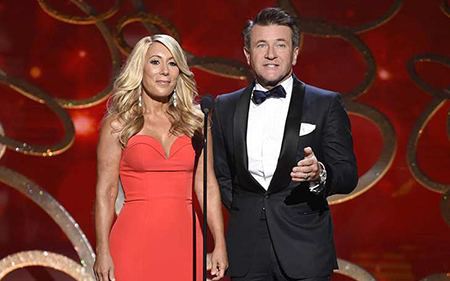 According to Forbes, the amazing duo got married six years ago, in the summer of 2010. Since then, they've grown together, experienced happiness as well as struggles of life together.

How the couple first met?

According to Chicago Business, the adorable couple first met in a bar at  Kincaid's in the Lincoln Park area of Chicago.

As time passed by, they started dating and after several romantic dates and dinners, Dan finally proposed Lori and asked her to marry him.

They tied the knots, organizing an official wedding and are now together since then.

Although they've been married for such a long time, the pair does not have any children. They are currently busy in their own business and probably is not ready for such a big step of having a baby in their life.

Apart from this, Lori and Dan have maintained a low profile in the media as the couple is hardly seen together on screen or in front of the paparazzi.

Who is Dan Greiner?

Dan is popularly known for being the better half of the world's famous American inventor, entrepreneur, and television personality, Lori Greiner.

He was the one who believed and supported Lori throughout her career from the very beginning.

Dan even left his job to work for Lori's company "For Your Ease Only.Inc" full time and now he works as the company's Vice President and Chief Financial Officer.

They even share a desk together and are doing great handling the multi-million company together. What an inspiring partnership and teamwork!

Lori seems very active on her social media sites and posts almost everything on Instagram and Twitter about her work and recent activities.

This match made in heaven is having the best times of their life and we hope that the happiness and love between them and their family remain the same for eternity.

For more interesting gossip and news do follow our page Marriedwiki.com/article!!!!