American actor Jussie Smollett Dating Gay Boyfriend? Are The Rumors True? Who Is The Lucky Guy? 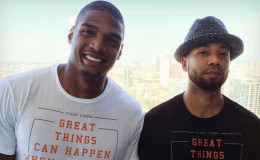 The breakout actor-singer, Jussie Smollett is best known for playing a gay role on the Fox series, Empire has caused quite a stir, receiving huge praise from critics and audiences with his profound and brooding performance.

Speaking about his sexuality on the Ellen show brought him up in the headlines and was soon seen with a footballer named Michael Sam. Speculations winded about his relationship but were denied by the actor. Are they still dating or all that was just fake rumors? Let's find out here!

Jussie Smollett and Michael Sam's Picture Hinted In Dating Back In 2015; Still Dating Or Jussie Found Another Partner?

Smollet who opened up about his sexuality to Ellen DeGeneres on the backstage of her show and was up in all the headlines initially. People were all talking about the actor initially when the news broke out. 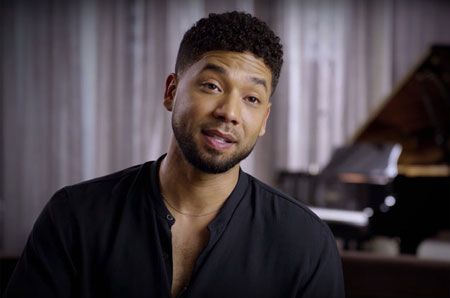 Jussie was rumored to have dated footballer Michael
Source: Billboard

Another steamy news about the star came out when he was seen with the famous American footballer, Michael Sam. Yes! the two were speculated to have dated when Sam and Smollett were seen together several times.

Sam posted a number of pictures on his Instagram which featured himself and Smollet causing the fans to speculate the two are an item.

Very excited to be watch @jussiesmollett in the new Season 2 premiere of #EmpireWednesday tonight!!!

Sam, who was engaged to his ex-boyfriend Vito Cammisano in 2015 uploaded a picture of two wearing same printed Sam's inspirational T-shirt standing next to each other leading his fans to believe that they were more than just friends.

“Man, Y'all get up out my face about that. That’s the homie right there,”

Who might be the guy he is dating? Is he Sam? Well, for now nobody knows for sure.

Opens Up About His Sexuality On Ellentube, Jussie Smollett is Gay!!

In March 2015, Jussie Smollett confirmed about his sexuality in a backstage interview with Ellen DeGeneres. The actor admitted that he is gay saying,

"I am a gay man with an extremely open heart. God, I've never had to talk about this, so I'm trying to find the words. If I had to label myself, I would label myself as a gay man. With that said, I believe that love is the only thing that matters, and I would hope that anybody would leave themselves open — not to gender, but to love. If we truly believe that we are born this way, then why do we try to stifle the way we were born? If I fall in love down the road with a woman, I'm going to love that woman."

Smollett's character on the series Empire, Jamal Lyon who is also gay said getting to play the character on TV is one of the most beautiful experiences of his life.

“You don’t always get these experiences as an artist of [playing] roles where you feel the impact of what you’re doing, but I do. And that as an artist, as an activist, as a man, it’s feeding my soul.”

The 35-years-old actor is very open about his sexuality and does want all the people to be open-minded about their sexuality rather than concealing. 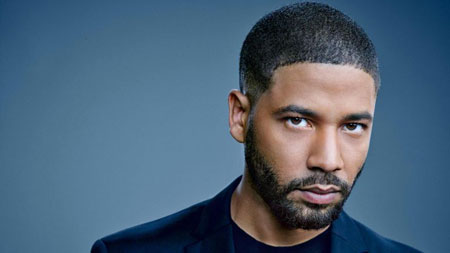