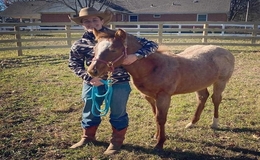 Kristen Tuff Scott is the real OG who's got the horses in the back. The cowgirl has a thing for horses, animals, and trucks, because she didn't choose the country life, the country life chose her. But, what else do you know about the influencer? Here's what you need to know.

A TV personality turned influencer, Kristen Tuff Scott is one strong woman who has inspired many with her heroic cancer story. She lives a life filled with adventures. Even, when life put her down, she didn't stay still, but instead glared back at the hassles, fought back, and came out even stronger. 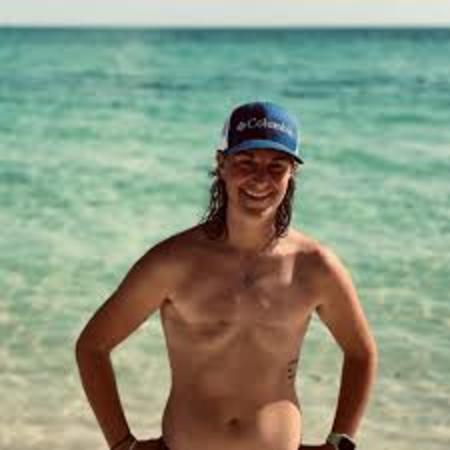 To specify more, Tuff is a cancer survivor who was diagnosed with breast cancer in 2017. The cancer cells consequently got bad to the point that she had to remove both of her breasts and undergo surgical procedures.

And, her journey with battling cancer is what made her stronger and inspired many that she became a role model to them. Clearly, her millions of followers combined on social media including TikTok, Facebook, and Instagram, is huge evidence.

Not to mention, many of her TikTok videos have gone viral with millions of views, likes, and feedback. And, if you follow her up on social media, you will get to enjoy her sheer daily life routines where she feeds her animal, rides horses, and live the life of the true cowgirl she was destined to.

What Is Kristen Tuff Scott's Gender? Is She Dating?

For many of her followers and viewers, it's a constant matter of topic to wonder about her gender and sexuality right after they discovered this bold human being. So, what is the gender of Kristen Tuff Scott?

Well, of course, Tuff was biologically born with female sex organs. However, as she grew up her lifestyles, taste, and behavioral orientations slowly started to change. But, while people assume she definitely talks like a lad, dress like one, aka truly be herself, Tuff rarely entertains the audience by giving them insights into something that's not their business.

To answer, Kristen Tuff Scott is gay, despite being a Republican and religious. Kristen has publicly shared her sexuality as being a queer woman while also proudly claiming herself to be a Jesus lover. She has also made it clear in a 2016 video posted on her YouTube channel that she is against abortion.

As for her love life, Kristen has been rumored to have dated a woman named Missy. But, the influencer chooses to stay low on the matter. Thus, little is known about her affairs, girlfriends, and history.

Kristen Tuff Scott Is A Double Science Major In Biology

Kristen Tuff Scott talked about being from a hardworking family in the countryside. But, Scott has never let anything come in between her and the things she wanna do. And, this story about her is even more interesting.

Scott always considered herself to be an average student and stupid, but when she realized she liked Science and wanted to pursue it for college after graduating high school, her teachers were against it citing it wasn't for her.

The moment, however, got inside Scott's head that she decided to prove them wrong, which she later eventually did. And, as for someone who didn't even ever consider joining college, Kristen graduated with a double major in BioChem in 2014 from ASU.

But, without her hard work and determination, Scott wouldn't have achieved it. And fans can get to know more about her amazing stories on the interview she did with Redneck Island that is widely watched by thousands.