Home Article LA Dodgers player Corey Seager in a blissful Relationship with his Girlfriend; Find out if the Pair decided to get Married

LA Dodgers player Corey Seager in a blissful Relationship with his Girlfriend; Find out if the Pair decided to get Married

LA Dodgers player Corey Seager in a blissful Relationship with his Girlfriend; Find out his Personal life, Affairs, Wiki, Net Worth

Professional athletes do not have much time for any sort of relationships and not many of them are able to manage their pro-life with their personal life.

But LA Dodgers shortstop Corey Seager seems to have fun balancing his life, both in and out of the field. The young baseball player is enjoying his relationship with his girlfriend and they are totally giving relationship goals vibe.

Well, let's a take a close look at their relationship and find out how if they will marry each other soon or not.

Many of the love stories which starts in the high school ends before the pair even get to see the light of their college, let alone walking down the aisle together. 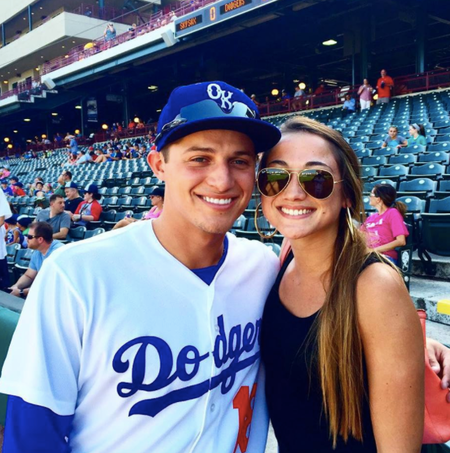 Corey and his girlfriend Madisyn attending one of his games,
Source: Busted Coverage

The pair has been dating since their high school days in North Carolina. At first, the couple never thought they will be together for such a long time, but it seems fate has something else planned in store for them.

Reminiscing his prom days, Corey even shared an adorable picture of his girlfriend and himself from their prom day. He captioned the photo, " Ahhh my favorite picture "

Now that Corey is a national baseball player, his girlfriend is often spotted in the stands supporting her boyfriend. Both of them are open about their relationship and usually share a lot of pictures of themselves on the social media.

His girlfriend is currently the student at East Carolina University and studying Business Marketing Major. She is an exceptional lady with loads of qualification in her bucket.

In order to know more about her professional life, you can visit her LinkedIn profile. For now, looks like they do not have any plans to marry soon as both of them are still young and forging a name for themselves in their respective field. 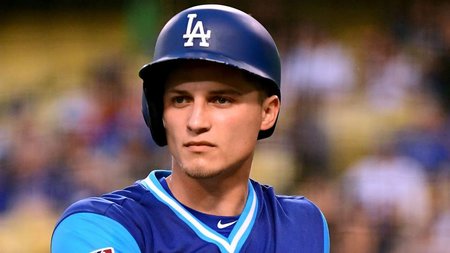