The winner of 2016's SAG Awards Most Outstanding Actress for Orange is the New Black Laurs Prepon, who was engaged to actor Ben Foster is now a mother. The dream has now come true for the American actress as the couple shares the memories of their daughter to all their fans. Find out below the secrets to their beautiful relationship and know about her past affairs.

The winner of 2016's SAG Awards Most Outstanding Actress for Orange is the New Black, Laurs Prepon, who was engaged to actor Ben Foster is now a mother.

The duo finally got to become a parent and they are really enjoying being first-time parents. Find out below the secrets to their beautiful relationship and know about her past affairs.

Laura Prepon is engaged to her longtime friend and a boyfriend Ben Foster since 2016. She gave birth to a beautiful daughter in 2017 and sources also say that the couple is planning to be married soon.

Back in July 2016, the couple was first spotted together at French bistro but their first photograph together as a couple was seen in New Jersey. US Weekly spotted the couple and reported that the couple shares a mutual friend Danny Masterson and might have met through him. 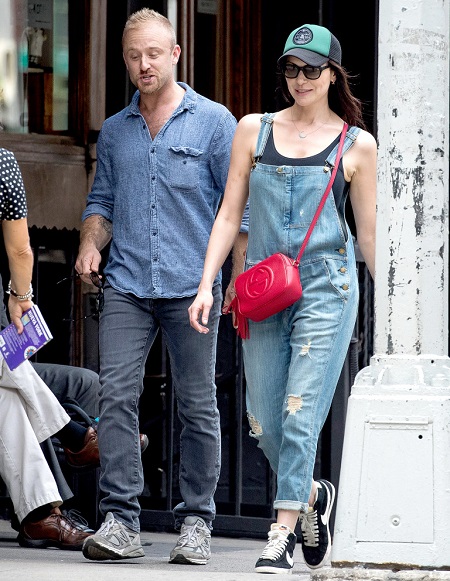 Laura Prepon and Ben Foster first photographed as a couple
Source: US Weekly

The couple knew each other when Prepon was 18 and Christopher Masterson, who dated Laura for seven years was a close friend of Ben Foster. An anonymous fan spotted them in New Jersey and explained,

“She was holding onto Ben and was all over him... They were really close, talking and laughing"

They were then spotted together in film festivals where Prepon seemed comfortable with Foster. The longtime friends then took their friendship to the next level and started dating.

She revealed their engagement news with a diamond engagement ring at the New York Premiere of the movie The Girl on the Train in October 2016.

In an interview when she was asked about the wedding plans she replied,

"We want a really small wedding but we have a lot of people that we love and care about. It's weird, but apparently doing the list for your wedding is a whole thing that could cause some issues. Our cast alone is like 50 people."

The couple revealed that they were expecting a baby three months after their engagement in January 2017. In June they disclosed the gender of the baby as a girl on ABC's Live With Kelly And Ryan.

The couple was gifted with their first child in August 2017. The couple later celebrated their happiness with a date night at Out East in New York City’s East Village, where the new parents enjoyed wine over dinner.

Seeing their love and dedication to each other, let's hope that the couple gets married this year or the next.

Laura Prepon dated actor Scott Michael Foster from 2008-2013. The couple roughly dated for 5 years and ended the relationship in 2013. The reason for their breakup wasn't revealed by either party.

Before Michael Foster, Prepon also dated American actor Christopher Masterson from 1999 to 2007. Christopher along with his brother Danny was a good friend of Ben. 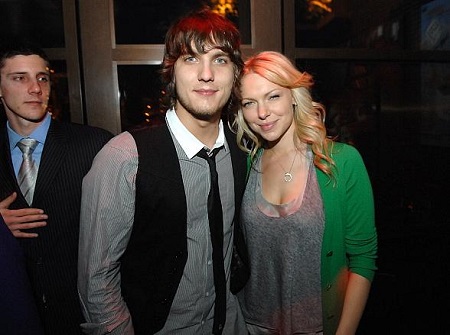 Laura Prepon reportedly had an affair with actor Topher Grace in 1998 and Tom Cruise in 2013. She had a short duration relationship in July 2008 with Anthony Kiedis. 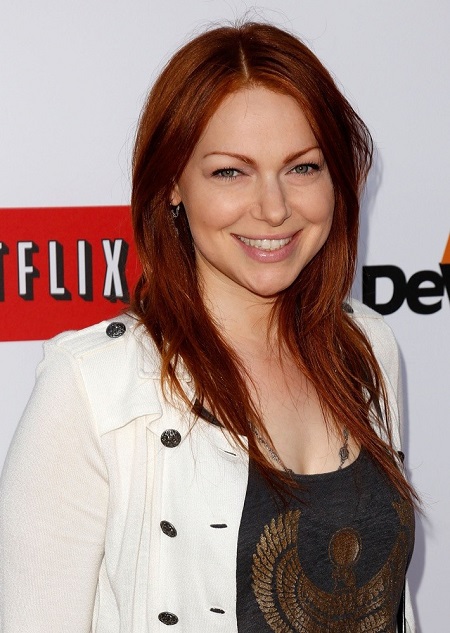