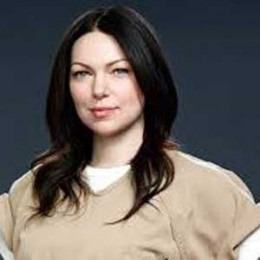 Laura Prepon is an American actress, recognized for her portrayal Donna Pinciotti in the Emmy Award-winning Fox sitcom ‘That ‘70s Show. She also performed in popular TV series Orange Is The New Black. She was on the list of 102 sexiest women and Hot 100 in Stuff and Maxim magazines.

Actress Laura Prepon was born Laura Helen Prepon on 7th March 1980. She is the youngest daughter of Michael, an orthopedic surgeon, and Marjorie, a high school teacher. She was raised in Watchung along with her four siblings.  Her father died during the heart surgery when she was only 13. She belongs to Russian Jewish and Irish Catholic descent.

Prepon did her schooling from Watchung Hills Regional High school. At the age of 15, she joined the Total Theatre Lab in New York City with the keen interest in acting. She also learned ballet, jazz, and modern dance.

Laura began her career as a model traveling to places like Paris, Milan, and Brazil. Before that, she made her appearance in stage productions of A Woman of Property and Ascension Day. She was a presenter and host at several awards shows.

Prepon made her television debut with the Fox sitcom series ‘That ‘70s Show’ as Donna Pinciotti. Her fame rose to prominence from the series, and she got an opportunity to perform in an array of TV series including ABC series October Road and CBS’s How I Met Your Mother.

She was cast in the films such as Slackers in 2002, Lightning Bug in 2004, The Pornographer: A Story in 2004 and The Killing Game in 2011. She featured in Maxim and Stuff magazine on the list of the most beautiful women in the world.

In 2012, Prepon got the lead role in series ‘Are You There, Chelsea?’. Afterward, she played in the popular Netflix series Orange Is the New Black alongside Taylor Schilling.

In 2016, she was cast in the thriller The Girl on the Train featuring Emily Blunt. Her directorial venture includes the tenth episode of Orange Is the New Black’s fifth season entitled ‘The Reverse Midas Touch.'

The 37-year-old actress Prepon is engaged to actor Ben Foster. The duo announced their engagement in October 2016. In January 2017, the husband and wife reported that they are expecting their first child.

Laura has earned a good sum of money from her acting career. She is well-paid and has accumulated a good amount of salary which has made her estimated net worth $12 million. She endorses brands like CoverGirl cosmetics and Pure Wonderprepon.