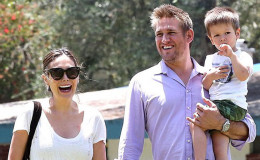 Lindsay Prince is living a blissful married life with her husband 'Curtis Stone' since 2013. They were blessed with two cutest sons.

Lindsay Jaylyn Price Stone known as ‘Lindsay Price’ is an American television actress and singer. She is the well-known face in Hollywood and has gained an immense popularity through her amazing acting skill and charismatic personality.

She is happily married to her husband ‘Curtis Stone’ who is an Australian celebrity Chef. The couple seems to be so much in love with no rumors of a divorce.

Let’s see how they are spending their married life with their two children.

Lindsay, 38, met his chef husband for the first time on a blind date in 2009. In an interview with ‘Daily Mail Australia’ Curtis said, “None of us wanted to go on a blind date but when I saw her I thought ‘wow, she’s so beautiful”. 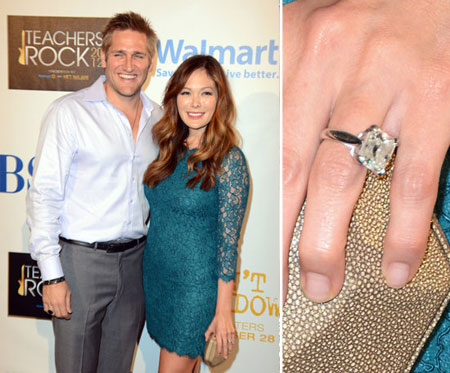 After dating for three years, they got engaged in July 2012 and just after a year of engagement, they exchanged vows at the ‘Hilton Sa Torre Mallorca Resort in Spain on June 8, 2013. 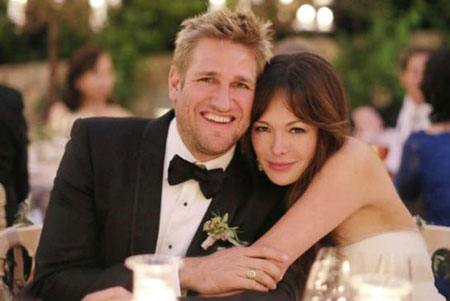 Their wedding falls under most exotic celebrity’s wedding. Their wedding was attended by his former ‘Beverly Hills’ co-star Tiffani Thiessen with her husband actor ‘Brady Smith’.

The following month they stayed in Las Vegas, closer to home to renew their wedding vows.

Curtis in an interview with ‘Daily mail’ revealed some secret, ‘Lindsay friends stopped inviting me and her for supper because they feared their culinary skills would be judged by TV chef’.

He added 'My wife says that dinner party invitations dropped severely when she started dating me and I think she's probably accurate.'

The duo welcomed their first baby boy ‘Hudson’ in July 2012 before their official wedding.

In September 2014, the couple was again blessed with a very cute baby. The couple has chosen a named ‘Emerson Spencer Stone’ for their baby boy.

About to pass 2016 by. Here are 2 of my favorite things about this year. Looking forward to another year of little joys and daily miracles. #newyear

During in pregnancy also Lindsay never goes out of style, she maintained her fashion sense in every possible single way.

Before having the second child, they once have seen out for a dinner date and their fashion style just attracts everyone’s attention. Lindsay showed off her baby bump in the coolest way. 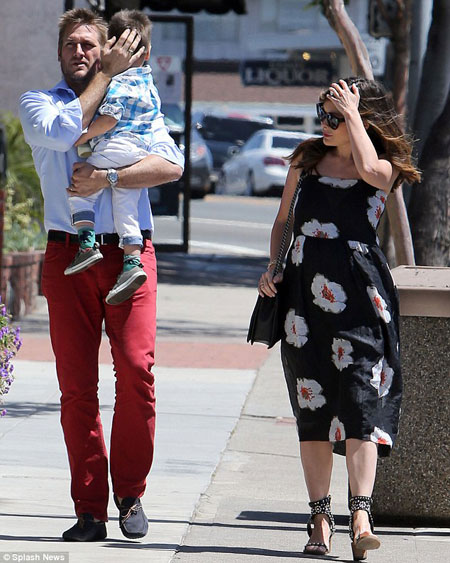 Since their second son birth, the actress has been keeping her fans up to date with little milestones as well as bombarding her social media accounts with snaps of her eldest son.