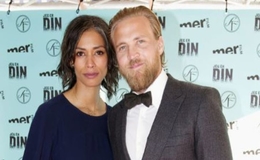 Some of us might not believe in love at first sight, but what about falling in love at second sight or at the second meet?

That's right, this is something we would like to share about the one and only Norwegian superstar aka Tobias Santelmann and his long-term partner, Jennifer Braathen. So readers, get ready to have your heart filled with loads of thrills and awes.

Highly addressing over actor' love life, we often get to hear how they meet their significant half whilst working on the set of a film, or through mutual friends, or by being set up on a blind date, or at events. But that is definitely not the kind of story you're going to hear this time. 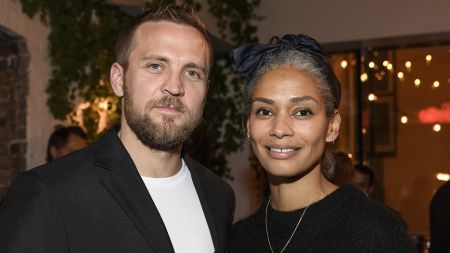 So, yes, the Norwegian handsome indeed met the love of his life, Jennifer Braathen, with whom he has been for several years, at a public toilet whilst attending an event organized in Torshovteatret; a national theatre and library in Oslo.

Interestingly, both Tobias and Jennifer who would soon be the Point Break actor's girlfriend in his nearest future, had a slight notice of each other. But, of course, since it was a quick first meet at a public toilet, neither Santelmann nor Braathen took any big interest.

If only they knew what was coming ahead of them, a week later actually. So, yes, fate unites these two beautiful humans beings once again at a public event. Clearly, it seems as the universe was seriously playing a game and wanted to pair them up after failing the first time. 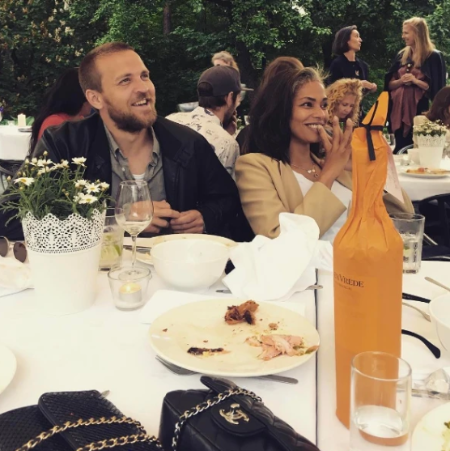 Tobias Santelmann and his girlfriend, Jennifer Braathen spotted at a public event. SOURCE: The Sun

And, this time, Santelmann highly noticed the presence of Miss Braathen. And, unable to resist the temptation from such a gorgeous woman, he stepped up the game and approached Jennifer. Good for the Hercules star, Braathen who is a journalist by profession didn't mind at all.

And, the next thing we know, Tobias and Jennifer are happily in love and together. The love birds even move into the same apartment within the eight months since they had their first acquaintance. Not to mention, Jennifer also often makes her appearance alongside her partner at public events too.

See a video of Jennifer answering an interviewer on her partner below.

As we expected, Braathen is very supportive of her man.

Santelmann & Braathen Welcomed A Daughter In 2018; Are They Married?

In case you didn't know, the Freiburg born actor is also a father of a child he shares with Jennifer, of course. The birth of their child, a daughter named Alba Santelmann, was announced by Santelmann himself on Instagram on 13th July 2018. 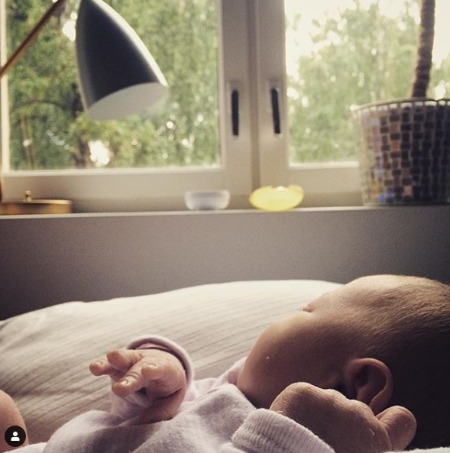 The Last Kingdom alum where he portrayed Ragnar co-starring Alexander Dreymon, David Dawson, Millie Brady, shared a much adorable picture of his beloved daughter on the photo-streaming application and sweetly captioned with, "Min Alba" meaning "My Alba" in English.

Santelmann, an extremely private person, however, remains super skeptical and thus, seldom shares pictures of his daughter and partner on social media. Jennifer, likewise, a private person has her Instagram on private mode.

Meanwhile, as the couple remains skeptical to share glimpses of their love life in public, it's hard to point out whether they are married or not. Whatsoever, the small but happy family of three resides in Oslo.