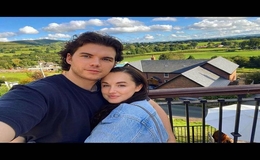 How handsome is the young actor Luke Newton? Ever since many people watched him on Netflix's hit series, Bridgerton, his fanbase has increased astonishingly, and so have his Instagram followers. But, sorry, ladies, we might have some bad news for you. Newton is in a relationship.

London-raised English actor Luke Newton is taken to break the heartbreaking news to his admirers. And she happens to be none other than the Welsh beauty Jade Louise Davies. Newton and his girlfriend Jade began dating in mid-2019, by the looks of their Instagram. 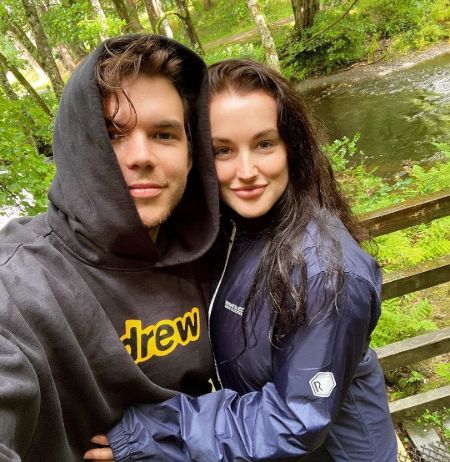 Speaking of which, the Bridgerton actor and his partner went public with their relationship in June 2019 when Jade shared a cute picture of themselves on Instagram. And, as of January 2023, Luke and Jade are still going stronger as neither of them has looked back.

Jade also constantly updates their fans with romantic pictures of the two on her Instagram, where she surpassed 34.1K followers on the app. Adorable snaps of Luke and his girlfriend traveling, hiking, and celebrating festivities can be spotted on Jade's socials.

And, if you're wondering about Jade's profession, do allow us to introduce that she is also an actor by profession, from Wales. But, Jade is yet to accept a movie or TV series role since she is only focused as a stage and theatrical actor. FYI, she is the sister of Amber Davies, a former Love Island winner and West End alum.

Also, not to let it go, Jade is four years elder than Luke. The young lovebird, in addition, is also not engaged to be married yet.

Meanwhile, Jade Louise Davies isn't the only woman with whom the Doctors alum has been romantically linked. On that note, Luke Newton previously shared a brief history with his ex-girlfriend, actress Sophie Simnett. 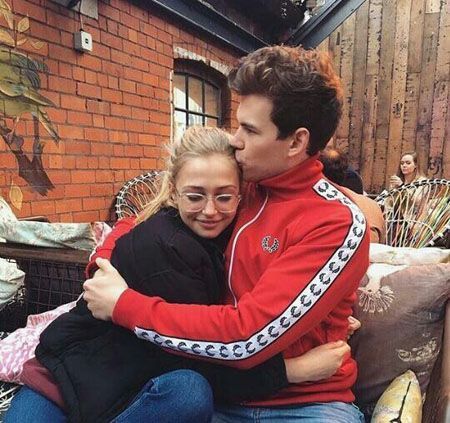 Newton first met Simnett on the set of Disney's musical drama, The Lodge, in 2016, where the actor played the lead role of Ben Evans. As for Simnett, she also played the main role of Skye Hart. And, seemingly, their onscreen friendship turned into something special from there.

Luke and his co-star, however, didn't start dating right away as their relationship only started slowly after they got to know each other before they developed feelings. And, by the time The Lodge started premiering, it was safe to say Newton and Simnett got smitten away.

Sadly, Newton's love for Simnett only lasted while they worked together. And, as the show ended, so did their young and wild romance. Luke and Sophie split in 2017. Everything is passed, and both have moved on from that heartbreak.

See more relationships and news only on Married Wiki.