Home Article Manu Ginobili Married to Marianela Orono and Living with their Children; Married In 2004 The San Antonio Spurs Player Regards His Wife As His Pillar

Manu Ginobili Married to Marianela Orono and Living with their Children; Married In 2004 The San Antonio Spurs Player Regards His Wife As His Pillar 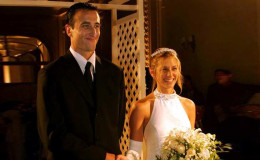 Manu Ginobili, the NBA star is enjoying his flourished career. He has quite an impressive relationship with his wife, children, and family. Manu is blessed to have such glorious life.

Manu Ginobili, the NBA star is living a lavish lifestyle because of his impressive professional life. The multiple times' title winner has had a remarkable playing career, but little do we know about his relationship with his beloved. Does he have a sound love life just as his career?

Manu, an Argentine national hero, is a superstar when he turns up on the pitch. But is he also a hero for his lady love?

Manu met Marianela in 1997 while he was playing for his hometown team. They met through a common friend. Manu instantly fell for the gorgeous Argentine hottie Marianela Orono. With time passed by, their love blossomed into a romantic relationship.

The Argentine couple dated for almost six years before getting married on 11 July 2004. 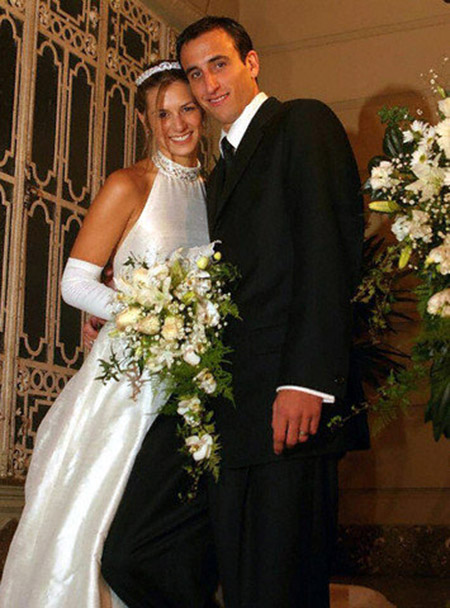 Manu Ginobili with wife Marianela Orono on their wedding

Since the beginning, Marianela is really supportive of Manu, she even assisted him to launch Manu Ginobili Foundation to help underprivileged children in Argentina. This shows their mutual understanding which is one of a factor for their no problem married life. Manu, other than his wife, is having affair only with his basketball career.

Manu is one of few lucky celebrities to lead successful marriage along with a prosperous career. We can say the couple is a match made in heaven, they are a soulmate and will be together, 'till death sets up apart'.

The Argentine couple truly set some serious relationship goal to their followers. On the day of their 20th Year of Togetherness, Manu twitted,

"My first 20 years with this lady were extraordinary. I want many more!!"

Well, we're pretty sure they will remain together for the remainder of their life without even breaking a sweat. The couple is blessed adorable twin sons in 2010 May 16, named Dante and Nicola.

Later in 2014 April 21, happiness again found it's way to the happy couple's life as they welcomed their third son Luca. Their life can't be more perfect than this, just like straight out of a fairytale.

In an interview earlier this year, Manu told the secret behind how he is still ballin' even in his 40s. The answer was, you guessed it, his wife. He said his wife always supported him and helped him extend his career.

The duo is a prime example of how a person support can help in the success of their partner. The other example being Tom Brady and his wife, Gisele Bündchen.

Manu is currently playing for the San Antonio Spurs since 2002 as a Shooting Guard. He comes from professional basketball players family so naturally, he was destined for the sport. Manu began his professional career from Argentina Basketball League where he played till 1998.

Then he moved to Europe where he played for Italian team Basket Viola Reggio Calabria. In 1999, he entered the NBA draft and soon his career changed forever and he became a huge NBA superstar. 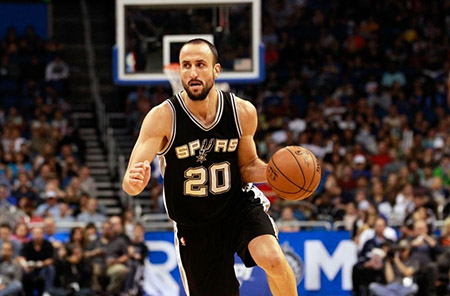 Manu focused to get the ball to the basket
Source: Sacurrent

The 40 years player won numerous awards such as; an Olympic gold medal, EuroLeague title (2001), two Italian League MVP awards and many more. Manu is the four-time NBA champion Argentine professional basketball player. He is one of the best EuroLeague players to have graced the NBA. 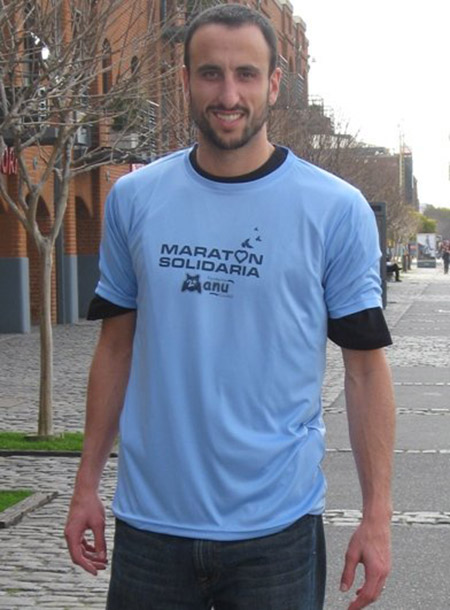