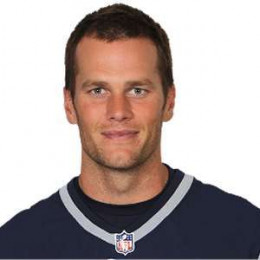 Tom Brady is an American football quarterback. He was born to mother Galynn Patricia of Swedish descent and father Thomas Brady of Irish descent. Tom grew up in Los Angles and Boston. He played basketball and football in high school, where he played against Bellarmine College Preparatory. His football career started as the backup quarterback on the Padres JV team. Tom is considered one of the greatest quarterbacks all time.

Tom Brady has won three awards for Super Bowl MVP and two league MVP awards in between 2007 and 2010. Brady was featured as a guest star on the famous television programs including Saturday Night Live in 2005. Before getting married, he dated one of the famous actresses, Bridget Moynahan. Their relationship could not sustain for long and then he married Gisele Bundchen.

Gisele Bundchen is an actress and Brazilian model. The cause of their divorce is unknown till date.

John Edward is the son with his first girlfriend. The couple has been dating but they have not married yet.

Benjamin is the second child of Tom but first child with Gisele. He looks cute in the available pictures.

She is the third child of Tom. There is not much information about her except some pictures. She is adorable with blonde hair.