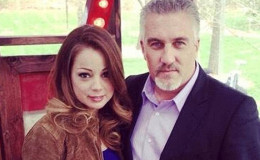 Marcelo is living blissfully with her Boyfriend Philip Button and three Children. They're engaged and might get Married soon. She divorced her first husband in 2013.

After the divorce from her husband Fausto Gallardo, Marcelo seems to take her time before tying the knot with her current boyfriend.

The 38-years-old show host got engaged to her boyfriend Philip Button after her rumored relationship with Paul Hollywood ended. But she seems content with her current relationship status, as engaged.

Today we're going to take a look at her current relationship status and all of her previous affairs. So dig right in!

When you hear the name Marcelo Valladolid, you think of a woman, who hit it off with her co-host of the show The American Baking Competition, Paul Hollywood, though she was a married woman. 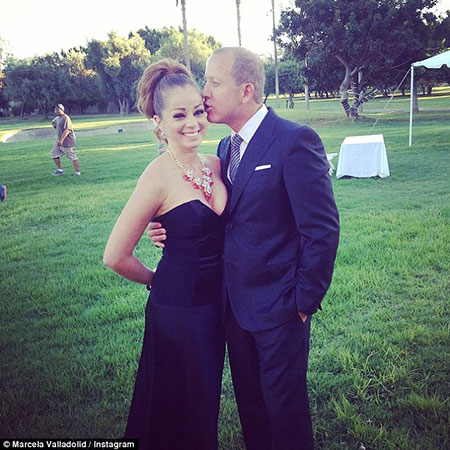 Marcelo and Philip-Match made in heaven. Source: Daily Mail

After her so-called short-term romance with Paul ended, she got into a relationship with Philip Button. The couple is inseparable ever since.

Even though they're simply engaged, but looks like happiness always finds its way. You don't need to get married to be happy, but what matters is how comfortable you are and how much you support your better half. 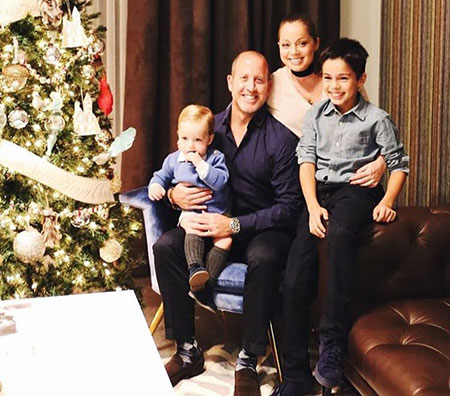 Marcelo and Philip are proud parents of their three children. Although, her first child Fausto Jr., born in 2004, is the child of Marcela and her ex-husband Fausto Sr. 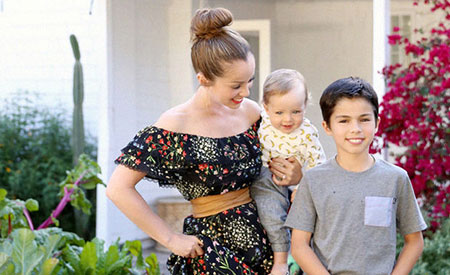 Marcelo welcomed her first child with Philip on April 9, 2015, a boy named David. But wait there's more, she welcomed her second child, on December 5, 2016, a girl named Anna Carina Button-Valladolid. Yeah, the name's quite a handful but she deserves a big name.

The couple is currently enjoying their lives with their children and what more do you ask in life. Their elder son Fausto Jr often plays with his two siblings and they look so cute together.

You know what's amazing? Life. Life is amazing. And generous. And hard. And humbling. And rewarding of hard work. And glorious. Sometimes exhausting. Worth every bit of sweat and tears. Perfectly imperfect. Anything and everything I'd do all over again if it ended in this snapshot right here. @fausto_gallardo @pdbutton #familia

But prior to her relationship with Philip, she married and divorced her first husband. Also rumored to be cheating on her husband with her co-host Paul Hollywood.

At the time when the rumor came out, Marcelo was a married woman. She was the wife of Mexican Politician Fausto Gallard. It was her closeness with Paul, that led to the downfall of her marriage. 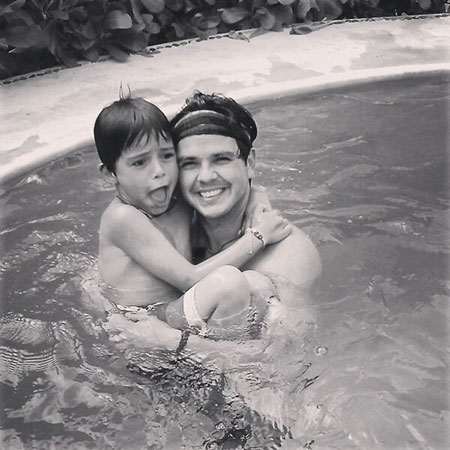 Marcelo and her husband's relationship were always tumultuous. After splitting for a brief while, she re-married her husband in 2012, only to get divorced in 2013.

According to a source close to the couple, the main reason for the split was her relationship with Paul. Due to this, Marcelo wasn't the only one to get separated as Paul divorced his wife of 15-years Alexandra. 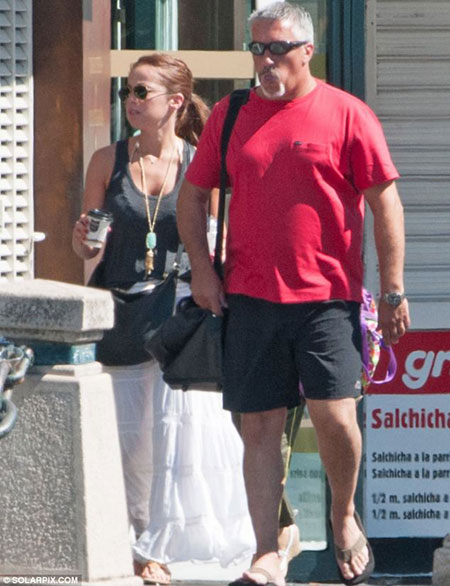 Paul Hollywood with his girlfriend of that time Marcela after a gym session. Source: Keyword

Well, for now, Philip and Marcelo are head over heels and we wish they keep it that way. Maybe marriage is in order but currently, they aren't bothered with all that responsibility.

And, aside from being happily engaged to Philip while raising three beautiful children, Marcela is also busy taking care of her job as a cool successful Latina chef, In fact, she made the revelation that Marcela wanted to represent her root and culture through her cooking talent.

Marcela who grew up in Tijuana wanted to represent her hometown. In an interview, Marcela revealed that her friends who visited Tujiana would tell her how the place wasn't how it was on the basis of stereotypes. Not to mention, it was also one of the main reasons why she quit The Kitchen at Food Network where she had to temper her approach while dealing with executives.