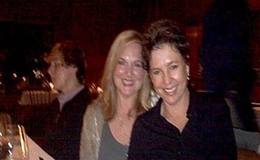 Martie Allen came to the attention of many when her name was romantically linked to retired actress Kristy McNichol who herself announced that she was in a same-sex relationship with Allen for years.

In early 2012, former actress Kristy McNichol who is best known for her roles in the seventies hit show, Family where she played Letitia "Buddy" Lawrence came forward to come out of the closet and to share her same-sex relationship with her special woman in 2012. 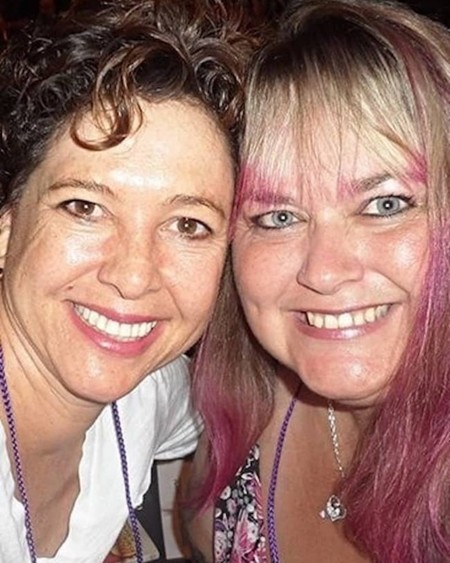 And, the special woman was none other than Martie Allen who is the long-term girlfriend turned wife of the retired actress. And, Martie who had never been known to the public instantly rose to fame after her relationship with the Little Darlings actress was publicized.

Apparently, McNichol who had been a lesbian woman for years had never talked about her sexuality with the public until January 2012 when her team revealed the surprising truth of the actress with a statement.

Martie Allen & Kristy McNichol Together For Over 20 Years

Clarifying that she came out as a lesbian woman in support of the LGBT kids who were bullied for being queer, and not for publicity, McNichol wanted to inspire youths to be themselves and not hide from their true identities.

And, by that time, Allen who is the same age as her wife McNichol had been dating the actress for more than twenty years since the early nineties, the equivalent amount of time, McNichol had retired from acting.

Their wedding, however, was a private event blessed by the presence of a few close friends and family. While it's a secret when Allen exactly married McNichol, it's safe to assume that the lovebirds might have officially and legally married after 2015, the year same-sex marriage was decriminalized and legalized in the States.

Allen and McNichol might or might not share any children together. Both Martie and her wife, try to stay away from the public attention as much as they can.

What Does Martie Allen Do?

Just like her wife Kristy McNichol who keeps her love life private from the public as she went MIA after retiring from the movie industry in 2001, Martie Allen isn't fond of sharing anything about her with the public.

It's been reported that Allen, a former TV personality, likewise, had a passion for acting and to work in Hollywood, but as her wife retired from her acting career to focus on her health, Martie no longer saw the point in working as an actress.

But, her wife, Kristy is one of the most beloved actresses from the era of the seventies, eighties, and nineties before she quit in 2001. Well, McNichol has been admired for her roles in Only When I Laugh, Empty Nest, The Pirate Movie, and White Dog among many.