Home Article English Musician Matt Bellamy is Engaged to Model Elle Evans; Is the couple getting Married this year?

English Musician Matt Bellamy is Engaged to Model Elle Evans; Is the couple getting Married this year? 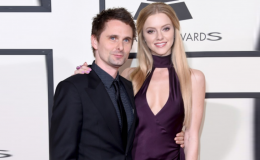 Matt Bellamy is currently engaged to his girlfriend of two years, Elle Evans. Bellamy proposed his model girlfriend during their vacation in Fiji in December 2017.

The frontman of the rock band Muse, Matt Bellamy is off the market once again. Bellamy who was engaged twice before proposed his model girlfriend Elle Evans in December 2017. Prior, he was engaged to Gaia Polloni and actress Kate Hudson.

How the musician proposed Evans? Is the couple getting married this year? Let's have a closer explore in the love life of Bellamy.

The 39-year-old Muse rockstar Matt Bellamy is engaged to be married to the girlfriend of two years, Elle Evans.

Bellamy proposed Evans during their vacation in Fiji in December 2017. Evans shared the big news via Instagram post as she flashed her stunning engagement ring. 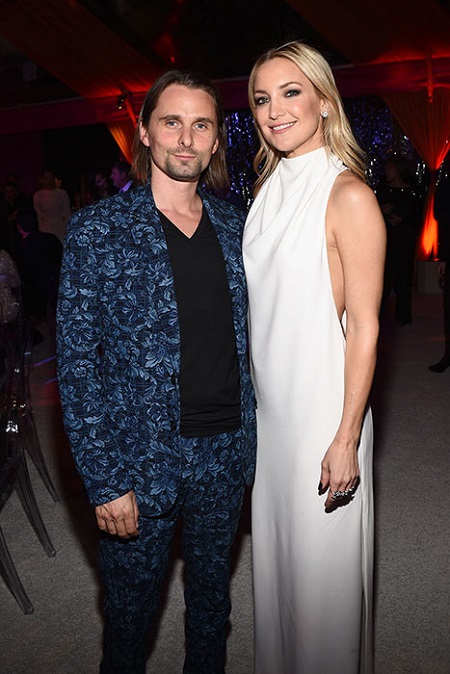 She shared three beautiful moments from her engagement: On the first picture, the pair appeared riding horses at the beach, on another snap she was looking surprised and gorgeous wearing that pink hat and on the last one the newly engaged pair posed holding hands, flashing beautiful, pear-cut engagement ring.

"Was going to surprise everyone on Christmas, but just can’t wait any longer.... We are so happy to announce to the world that we are engaged!"

"Just a few days after my birthday, on the most romantic holiday of our lives, the man of my dreams asked me to marry him! After tears of joy, gasps of shock, and a split second of disbelief, of course- I said YES! I can’t imagine our lives apart. What I can imagine is a bright future full of love & light, family & friends, moments that turn into cherished memories, and a lifetime of pure bliss."

The couple started dating in February 2015. They were first introduced via a mutual friend. Reportedly, Evans also shared a healthy relationship with Bellamy’s ex-fiancée Kate Hudson.

Evan and Bellamy also enjoyed a holiday with Hudson in Greece in July 2016 and in Aspen in December 2016 along with their son Bingham Hawn and Hudson's son Ryder Robinson with Chris Robinson.

Matt Bellamy: His Past Affairs And Relationships

Bellamy was previously engaged to Italian psychologist Gaia Polloni. They were engaged for about nine years but called it quit in 2009.

Bellamy then involved in a romantic relationship with actress Kate Hudson in 2010. The couple got engaged in April 2011 and welcomed a son, Bingham Hawn "Bing" Bellamy on 9th July 2011. 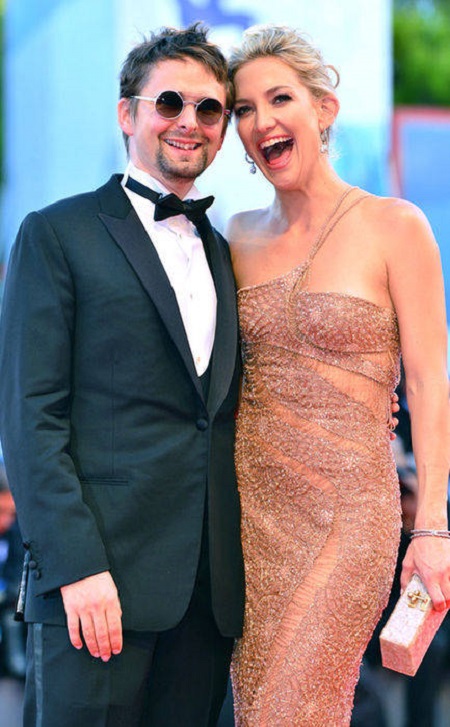 Bellamy and Hudson got a part in December 2014 and officially ended their engagement with the statement they had different visions in their lifestyle. They have remained close friends even after the separation. 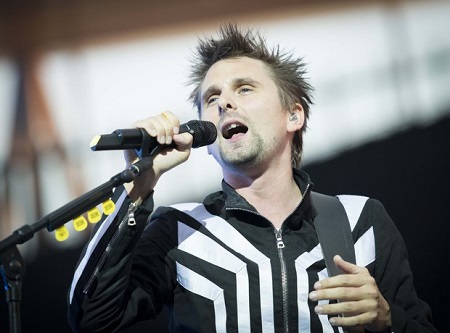