Meek Mill is currently serving a sentence of two to four years behind bars. However, his legal team has put forward a motion to get him out of prison. Many of his supporters also have criticized the sentence saying that the punishment is extremely harsh.

On December 2, 2014, Meek Mill got out of jail after serving a five-month sentence for a probation violation rooting from a 2008 drug and gun charges. He was sentenced five months behind bars and additional five years of probation in July 2014 after making unauthorized travel plans, failing to report to his probation officer and ignoring court's order.

The sentence affected both his career as well as his personal life. Meek's new album Dreams Worth More Than Money was due for release in September 2014, but it had to be pushed back. 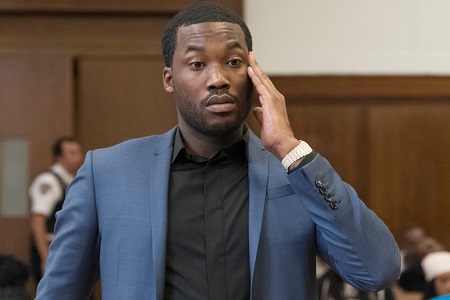 Again on November 6, 2017,  Mill was sentenced to two to four years in prison by Judge Genece Brinkley for violating probation. She cited failure to comply with an order restraining his travel, a failed drug test, and two other unrelated arrests- for driving recklessly in New York and for fighting in an airport in St. Louis.

Mill’s legal team, however, have filed an emergency motion for a bail. But according to Pennsylvania’s Superior Court, where the motion is filed, contends that the judge who passed sentence to the rapper hasn’t made any response to any post-sentencing appeals.

Many of the fans and hip-hop artist including Jay Z, Nipsey Hussle, T.I., Rick Ross criticized the sentence as extreme. Here is what they had to say,

Sign the petition to overturn the blatant injustice on @Change #Justice4Meek https://t.co/RrM651vrXlWe wit u young King. Stay Up. This too shall pass. pic.twitter.com/APXMRoEZfZ

Mill’s legal team has accused Brinkley of being too personal and asked her to step down from the case. Unfortunately, for Mill, she has refused to his post-sentence motion, which means no bail for the rapper. 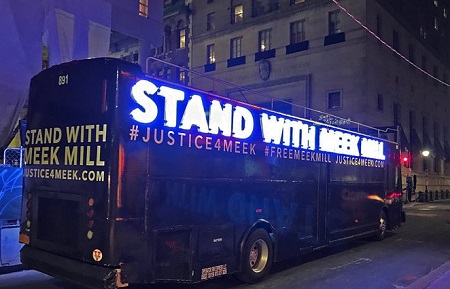 However, many of Mill’s supports are behind him and showed their concern for the case through rallies, billboards. In Philadelphia, the buses have shown support by carrying the message ‘Stand With Meek Mill.’