Home Article Meet Adam Sandler's Wife Jackie Sandler. Know about her Career, net worth and Relationship with the Husband

Meet Adam Sandler's Wife Jackie Sandler. Know about her Career, net worth and Relationship with the Husband 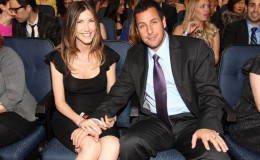 Jacqueline Samantha Titone, popularly known as Jackie Sandler is an American actress and former model. Her work in hit movies like Deuce Bigalow: Male Gigolo and Big Daddy gained her much attention in the past.

Her name sounds familiar, as she is the gorgeous wife of the veteran American actor and comedian, Adam Sandler.

The pair got married in 2003 and are going strong together ever since. Let's find out all the details of their happily married life. 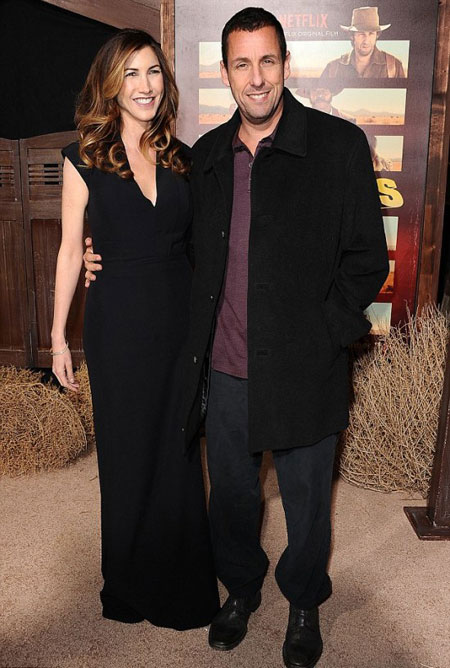 The story of how they had their first encounter revolves around Adam's good friend comic actor Rob Schneider.

Rob featured Jackie in his movie, Deuce Bigalow: Male Gigolo as Sally when Jackie was modeling and auditioning in the industry. The movie became a big hit and he recommended Adam to work with Jackie.

And consequently, both worked together in the movie Big Daddy and ended up falling in love.

They started dating since 2000 and eventually got married on June 22, 2003, in a lavish Jewish -themed wedding at Malibu, California. 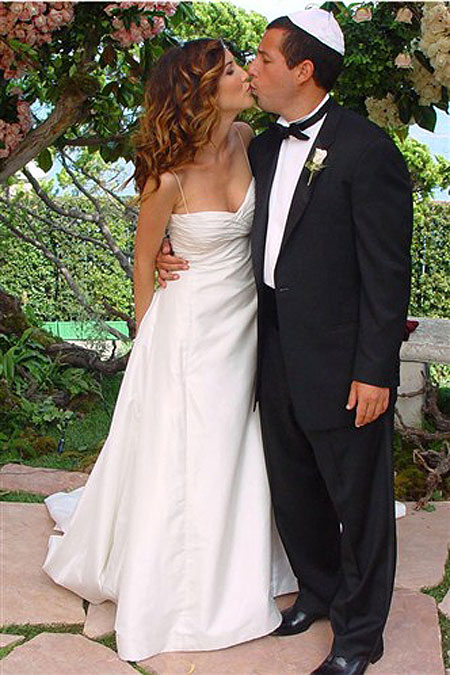 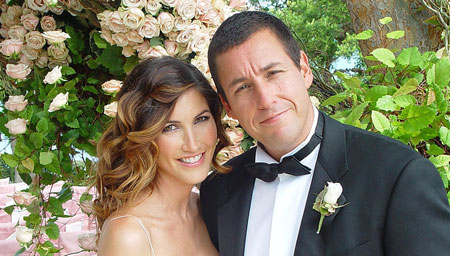 They are truly an inspiring couple as, despite the fact that they are living in Hollywood with all the glitz and glam, they have not strayed away from their path in marriage and we highly appreciate their relationship.

One of the happiest Hollywood couples, Adam and  Jackie are not just a couple but a wonderful family as they are blessed with two adorable daughters, Sadie and Sunny.

The pair welcomed their first daughter, Sadie Madison Sandler on May 6, 2006, and two years after their happiness was doubled with their second daughter born on November 2, 2008. 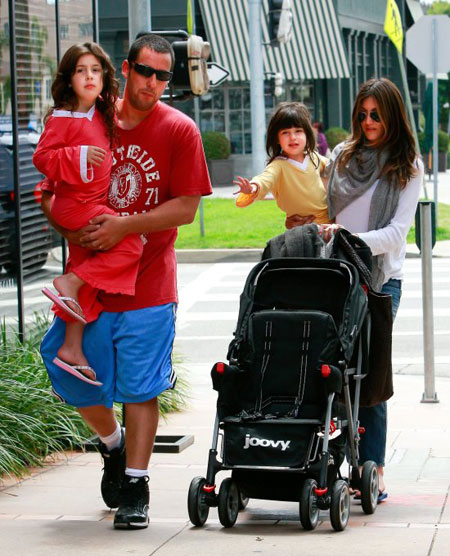 Adam, Jackie and their kids, Sadie and Sunny strolling down the park in LA, Source: Fame10

Both their children were born at Cedars-Sinai Medical Center in LA where the family currently resides.

Born and raised in Coral Springs, Florida, USA, Jackie Sandler is a famous face in the American film industry. She belongs from a Christian family and of Italian descent but she converted her religion to Judaism after marrying beloved husband actor Adam Sandler. She first stepped in the industry as a model and gradually rose to be a popular model working for many high-profile fashion brands.

The famous comedian actor Rob Schneider discovered her while she was modeling and studying high school side by side. She went to high school with famous personalities such as Jarett Grushka, Mark Zupan, and Chris Marrs. 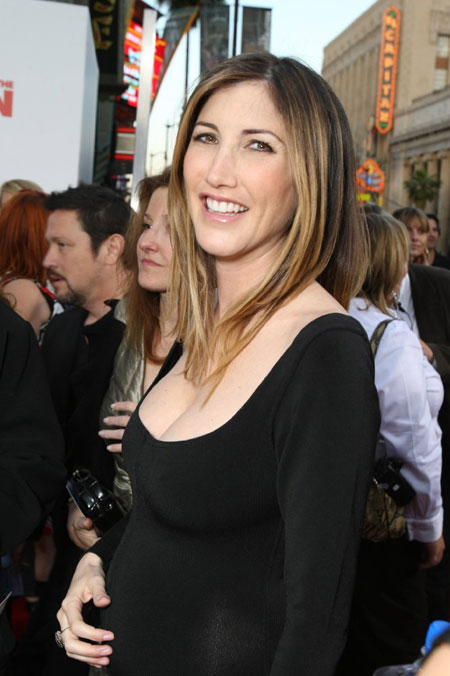 She got a part in 1999's hit comic movie, Deuce Bigalow: Male Gigolo which turned out to a major breakthrough in her career. Later on, she got to work with Adam Sandler in Big Daddy and 50 first Dates, along side Drew Barrymore.

She also made her television debut from VH1: All Access; Celebrity Weddings. As for now, she's quit her acting career and giving priorities to her family and husband.

We wish the couple best wishes for their forthcomings and forever happiness and togetherness.