Home Article Meleasa Houghton; find out why she Divorced Husband Israel Houghton. Is she Dating anyone? Any Boyfriend?

Meleasa Houghton; find out why she Divorced Husband Israel Houghton. Is she Dating anyone? Any Boyfriend? 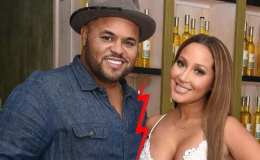 American Gospel singer Meleasa Houghton concluded her conjugal life with the grammy award winner Israel Houghton. She is living her live with her children these days.

Despite love and commitment, things don't always fall in the right places and some relationships don't last that long as well.

American singer Meleasa Houghton and her former husband singer Israel Houghton were a perfect match for each other until the pair got divorced early in the year 2016 after spending 22 years of their life together.

What's the reason behind their split? And after the divorce, is Meleasa dating anyone these days?

Let us find out!

Meleasa and Israel crossed each other's path at Houghton's ministry in Pittsburgh for the first time. They did not take much of a time to fall in love and started dating and eventually got married in the year 1994. 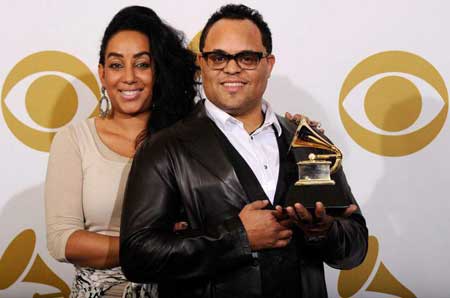 Meleasa and her husband Israel in an event
Source: Heavy

Grammy award winner Israel disclosed the termination of his conjugal life with his wife Meleasa via Facebook in 2016. He posted,

"Several years ago I failed and sinned in my marriage. ... Although we tried, the challenges in our relationship have proven too much to overcome. We have always handled our family and ministry with grace and generosity toward others, discretion, and privacy."

Sources report that the couple was facing many complications in their relationship for five years and finally decided to put an end to their marital life on mutual understanding.

Israel stated in the media that they will be "good friends" for the betterment of their children's future.

Here is a video regarding the divorce of the duo:

With a heavy heart and regret, the star apologized to his family, his fans for cheating on his wife. 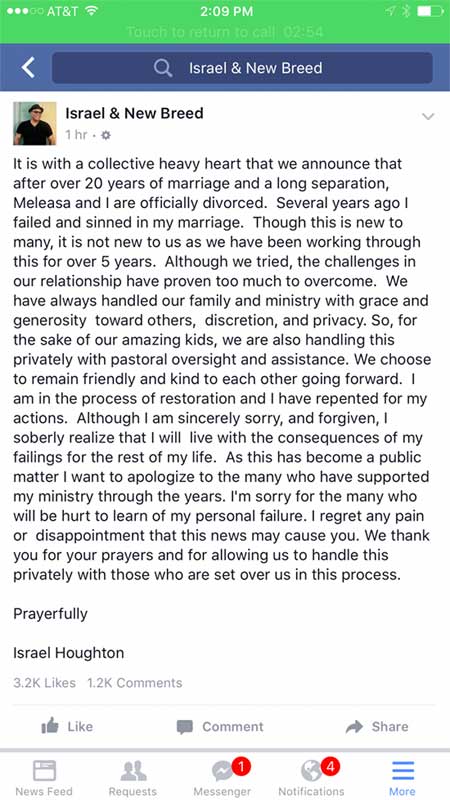 The prime reason behind the split was the affair of Israel with the co-host of "The Real" Adrienne Bailon as the pictures of Houghton and Balon in Tulum, Mexico vacation went viral.

He mentioned that his affair with Bailon was the reason why his 20-year marriage fell apart. He said,

"Several years ago I failed and sinned in my marriage. … Although we tried, the challenges in our relationship have proven too much to overcome. We have always handled our family and ministry with grace and generosity toward others, discretion, and privacy."

"I am in the process of restoration and I have repented for my actions. Although I am sincerely sorry and forgiven, I soberly realize that I will live with the consequences of my failings for the rest of my life."

Soon, the singer added that his affair with Adrienne played no role in the divorce with his wife. He added,

"I met Adrienne Bailon a bit over two years ago; we worked together and became friends."

They appeared in a movie 'I'm in Love with a Church Girl' and eventually, the rumored couple got married. The Real co-host and the gospel singer tied the knot in Paris in November 2016.

Meleasa Haughton And Her Children With Former Husband 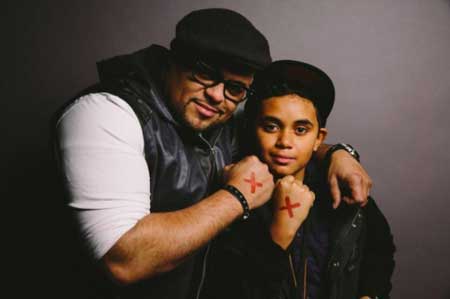 Israel in a photo shoot with his son
Source: Welcome To Ready Church

Though Meleasa doesn't prefer sharing information about her life, she is seen as very active on Instagram.

My beautiful Milan Lillie and my son Byron at the wedding Lillie....I loved what you said to Byron and Mariah at the wedding...you have a beautiful heart and I am thankful to be your mom.....ps.. And a great sense of Humor.....

Going through her Instagram, we found that her eldest daughter Mariah got married to Byron Rideaux in the year 2016. 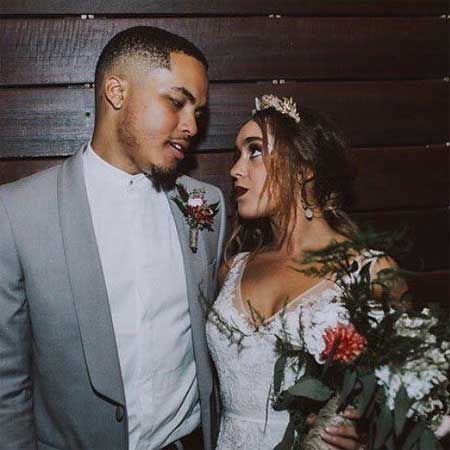 Here are some pictures of her kids on her Instagram.

My son proud of you...Thank you for all the laughter and the fun with your friends...especially Noah.....and our conversations about life....You are brilliant and I love love love YOU.....

Meleasa's posts on the social sites show that she is very happy in her life with children. It seems like she doesn't need a man to complete her life.

What Is Meleasa Houghton Doing These Days? Is She Dating Anyone?

Meleasa has successfully introduced herself as one of the best in the field of Gospel singing.

Details on her career are hidden from the media but as far as we know, she might be spending time upgrading her singing career these days.

After the unexpected separation of the diva, she is most probably single. As her husband betrayed her, she may not be ready in commencing a new relationship but we can expect that she will meet her soulmate soon in near future.

On the other hand, her former husband has already commenced his marital life with Adrienne Bailon since 11 November 2016. It is said that they started dating soon after Israel's divorce finalized. 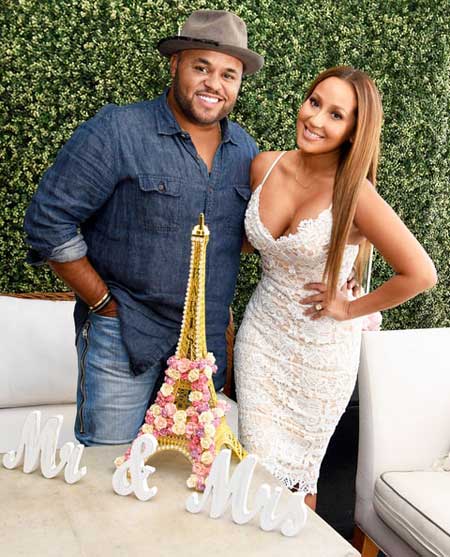 Israel and TV personality Adrienne tied the knot on 11 November 2016 in Paris at the Hotel Plaza Athenee in front of approximately 70 guests. Bailon said,

"I genuinely just feel so blessed and grateful. I’ve honestly never been happier in my entire life. I’ve never felt what I feel right now. I can’t even describe what it is, but it’s such a peace mixed with total excitement." 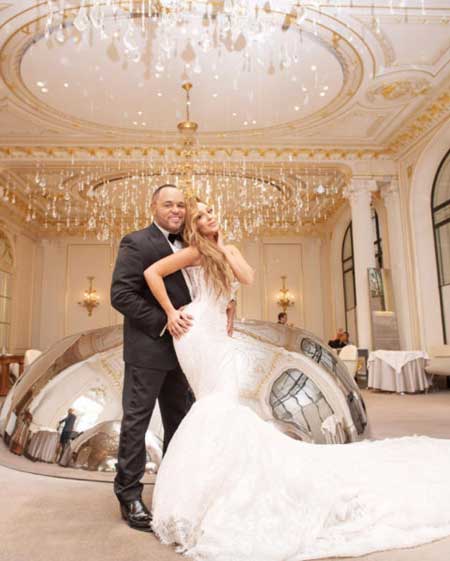 Israel and Bailon are sharing perfect relationship goals with their lovely fans.

2 years ago today I got on one knee in Paris and asked this breathtaking woman to please spend her life with me. She said yes, & I have to say my life has changed for the better in every single way. She’s a huge reason why I am living an authentic DeMasked life. Thank you @adriennebailon for taking a chance on a bum like me. You make me better. You make me so happy. Thank you for being genuine and uniquely YOU in all things. I love you with my life. Forever. I have found a good thing & I have obtained favor because of you. #EngagementAnniversary #Askiversary #RoadTo #DeMaskUs : @bokocecile

Let's congratulate the lovely couple for their awesome match. We wish to see them the same till the end. On the other hand, Meleasa seems to be happy in her life. She's enjoying every single moment of her life with her lovely kids.

My Milan Lillie and Mariah ......beautiful sisters. I am so proud of you. You make my heart content....and peaceful. Please continue to show love and kindness to a world that is hurting. Mom will always be here to walk out the journey...

We wish to see her in a new married life in the following days.

For more news and updates about her favorite star, keep following our page!