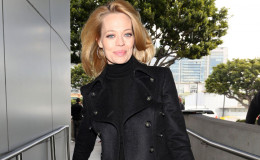 The gorgeous Emmy winning actress Jeri Ryan has certainly achieved her best both in her personal as well as professional life. She is living a happy married life with her loving husband Christopher Eme.

The mother of two, who was previously married to Jack Ryan, a former banker, and politician, has finally moved on with her husband Eme now. Let's get details about her married life in today's session.

Jeri was soon attracted to Eme; most probably because of her fondness for food and cooking. 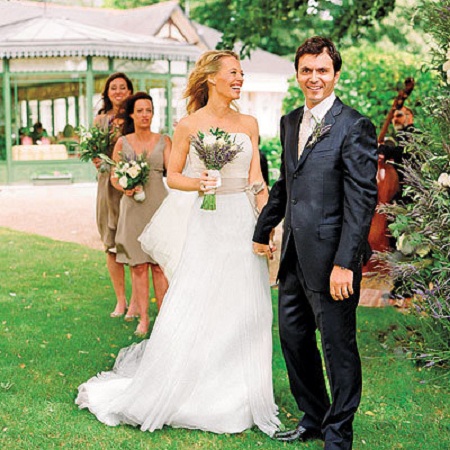 After their first meeting, the two began their romantic relationship. Ryan and her son Alex moved to live with Eme in his San Fernando Valley home.

This partner in love is, a partner in business too as Ryan works together with Eme in business. They have opened a restaurant 'Ortolan' on Third Street in Los Angeles in 2005.

After dating one another for several years, the two tied the knot on 16 June 2007 in the Lorie Valley, France.

About 120 guests among their family members and close friends attended the ceremony. The gorgeous bride looked stunning in her satin gown with a silver sash and French lavender with roses in her hand.

Ryan misses not even a single chance to adore her lovely relationship and Eme himself. 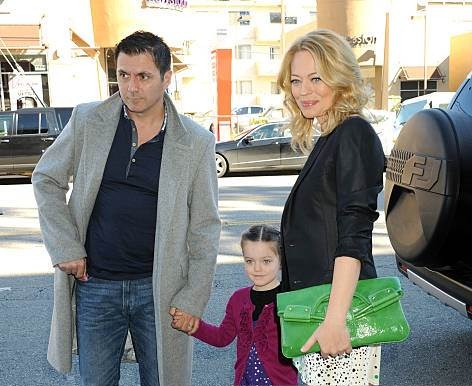 "He was hot! He looked good in his chef's hat, and he had this ornery little spark in his eye that I really enjoy."

The couple welcomed their adorable daughter Gisele Lynn Eme a year after their marriage on 2nd March 2008.

Let's enjoy the question and answer session of the gorgeous actress Jeri Ryan in the video over here!

We are sure, the duo is enjoying best in their conjugal life. We wish to see them the same until the end.

Jack Ryan and Jeri Zimmerman had their first encounter during a charity event in 1990. The former who's an investment banker and the latter, Down with Love actress soon began dating.

A Snap With son!

Happy Thanksgiving to all of you! I'm especially happy that my boy is home for a few days, so I have the whole family together! :-)

It was the moment both Jack and Jeri were struggling in their career with a single goal to achieve their best. That might be the reason why the two failed to maintain their married life.

After eight years of marriage, the couple chose to move in separate ways and got divorced. 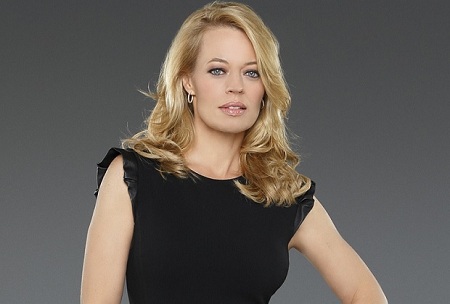