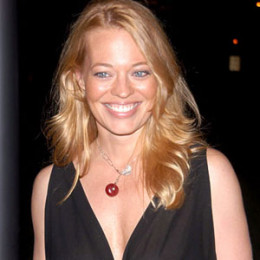 Jeri Lynn Ryan is an American actress, well known for her portrayal as the "Brog Seven of Nine" on Star Trek: Voyager. She has also received four nominations for Saturn Awards and even bagged one 2001.

Ryan is also recognized for her appearance in the movie Boston Public as Veronica, also her regular appearance on the science fiction television series Dark Skies and as Dr. Kate Murphy in medical drama series, Body of Proof.

Jeri Ryan was born on 22 Feb 1968, in Munich, Germany. She was born to her father Gerhard Florian ''Jerry'' who was a master sergeant in the United States Army, and mother Sharon, a social worker. She is of White ethnicity and holds American nationality.

Ryan also has an elder brother Mark Jerry. As her father was a military brat, Jerry spent most of her childhood in Kansas, Maryland, Texas, Georgia, and Hawaii. At the age of 11, Jerry's father retired from Army and the family lived in Paducah, Kentucky.

Ryan attended Lone Oak High School and graduated in 1986, later attended Northwestern University, during the time she was a member of the Alpha Phi sorority. In 1989 Jeri Ryan was selected as Miss Illinois, also took part in the Miss America 1990 pageant, and completed as 3rd runner-up. The following year, Ryan graduated with a Bachelor of Arts degree in Theatre from Northwestern University.

After her graduation from the university, Ryan went Los Angeles to pursue her career in acting. She did her first acting in Who's the Boss?, later did guest-appearance in television series including The Sentinel, Matlock, and Melrose Place.

#tbt Throwing it back to my days playing a high school teacher on "Boston Public". Probably my favorite job ever. :-)

In 1997, she was made her appearance on the science fiction series Star Trek: Voyager as Seven of Nine. The rating of series increased to 60% after Ryan joined.

Jeri Ryan has made her appearance in the romantic movie Down with Love, and in the independent movie, Men Cry Bullets, as Lydia. Ryan's first lead role was as the last woman left on the Earth in The Last Man.

She has continued to make her guest-appearance on genre television series such as Warehouse 13, a science-fiction series, as US Marine Major Amanda Lattimer.

For her credit in the movie Star Trek: Voyager, Ryan has received five nominations among which she won two; 1999 Golden Satellite Award for Best Performance by an Actress in a Television Series- Drama, and 2001 Saturn Award for Best Supporting Actress on Television.

Jeri Ryan married her first husband Jack Ryan on 15 June 1991. The couple met for the first time while she was dealing blackjack at a charity event. After their marriage, they welcomed their first child a son named Alex Ryan.

Throughout their marriage, the couple faced a lot of twists and turns communicating between Chicago and Los Angeles, for their career. On 27 August 1999, the couple got divorced. Later she said in an interview for Star Trek that their separations for a frequent time turned out to be difficult for the marriage. The reason behind their divorce is still yet to be revealed.

Due to that decision, lots of controversies were popped out, because the decision was against both the parents' direct request and reversed the decision to close the papers for the best interest of the child.

It was also disclosed that, before six years, Jeri accused Jack Ryan of asking her to perform sexual acts with him in sex clubs and the public. She also stated one as ''a bizarre club with cages, whips and other apparatus hanging from the ceiling.'' Later Jack Ryan disagreed with those allegations.

In 2003, Jeri Ryan met Christophe Eme, well known French Chef during the chef's charity event. The pair began dating a relationship, and Eme moved with Ryan along with her son Alex in their San Fernando Valley Home.

On 16 June 2007, the couple got Jeri Ryan and Christopher got married. On 2 March 2008, The couple welcomed their daughter Gisle Eme in L.A., California.

According to some reliable online sources, Jeri Ryan’s estimated net worth as of March 2018 is around $30 million. The Star Trek star Jeri sold her Encino home for about $4.95 million. She had bought the property two decades ago for $4000040. She spent tons of money to redecorate and renovate the house and even spent around $1 million just on the grounds, gardening and landscaping.

The actress also listed her Encino home for $6.999 million, in 2016. She also owns a $55 million Oceanfront Estate in San Clemente.

Jeri Ryan and Jack Ryan stayed together for more than eight years and divorced. They both shares a son together.

Jeri Ryan and Christopher Eme are living a happy married life. The couple also shares a child together.

Alex Ryan is the first child of Jeri Ryan and her first husband.

Gisle Eme is the second child of Jeri Ryan and her second husband Christopher Eme.