The meteorologist, Eric Fisher is living a blissful life along with his wife, Elizabeth Corridan and is happy together but has no children yet.

Eric Fisher; currently works as a Chief Meteorologist for CBS Boston's WBZ-TV News. He is a dedicated and hardworking employee but what about his personal life!!!!!

He is also a married man. He tied the knot with Elizabeth Corridan in 2011, so how is the couple's relationship? Any divorce rumors? Find out here!!!

The beautiful couple, Eric, and Elizabeth Corridan married on 15th October 2011 at the Barn at Gibbet Hill in Groton. Regarding the ceremony, it was an intimate ceremony attended by the close friends, relatives, and family.

We all are familiar with Eric but what about his wife!!!! well, she is a producer for CNN in Atlanta and also a public relations manager at Shriners Hospital for Children. 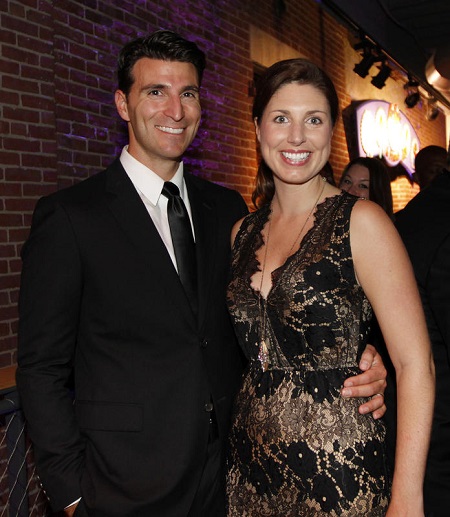 Eric and his wife in an event, Source: Boston Herald

The pair, of course, has a busy schedule but despite this, the couple shares a great bond and has no rumors regarding their divorce and extramarital affairs. 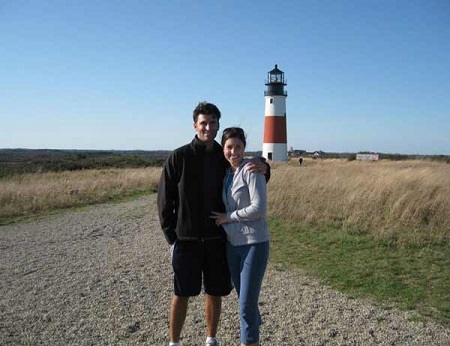 It's been years that they are together but the couple has no children yet and has revealed no such planning as well. We hope to hear some good news in the future about their young ones.

Eric Fisher; His Career as a Meteorologist

He started working as a greenhouse assistance since his high school time in Juknis Farm LLC and he is still working there as well. His job over there was planting, growing, customer service, general operation and so on.

After that, he shifted his job to a weather anchor, reporter, and meteorologist in WGGB-TV Gormally Broadcasting, LLC. Moreover, he started working as a freelance meteorologist at WFXT-TV FOX25 from 2009-2010 and after that worked as an On-Camera Meteorologist at The Weather Channel since 2010.

Hurricane #Maria's eye is bearing down on St. Croix, as well as Puerto Rico, as we head into early Wednesday morning, @ericfisher reports pic.twitter.com/81sYODd0cf

"The Atlantic ocean tonight is an alphabet soup of storms - J, L, & M." @ericfisher joins @AnthonyMasonCBS to discuss all the storms. pic.twitter.com/NKtev72xqe

As of now, he is working as a chief meteorologist at WBZ-TV in Boston since 2013 where he works as a weather reporter. 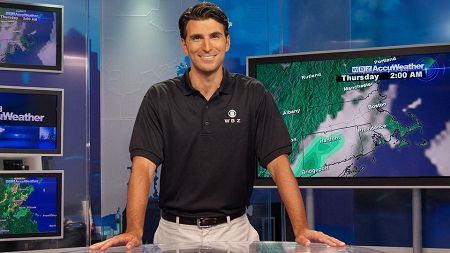