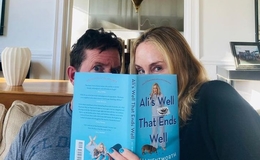 Actor Michael J. Fox and actress Tracy Pollan have been married for over three decades: The pair are doting parents of four! Complete story here!

Best known for his acclaimed roles in Family Ties, Back to the Future, Teen Wolf, and The Secret of My Success, Michael J. Fox is a retired Canadian-American actor. A five-time Emmy and four-time Golden Globe winner, Fox's glorious career and ambitions were cut short when the actor got diagnosed with Parkinson's disease, a degenerative disorder Fox was diagnosed with almost two decades ago. The Family Ties star has resorted to and found solace in small roles and noble causes.

Michael Andrew Fox, 61, is a native of Edmonton, Alberta. Following a few unnoticed roles, including in Midnight Madness, and Class of 1984, Michael got his breakthrough as Alex P. Keaton in Family Ties. While most will take the early diagnosis as a sign of imminent breakdown, Fox has found a silver lining in the unfortunate. The actor credits Parkinson's for saving his marriage and bringing out a new-found zest for life.

Besides his derailed career, which was going catapulting at a striking pace, and his relentless advocacy for Parkinson's disease patients, Fox, is also known for his enduring marriage with Tracy Pollan. Fox and Pollan are certainly what a "meant-to-be" pair should look like. The duo met on the sets of Family Ties, where Pollan played the recurring character called Ellen Reed, Fox's love interest in the show. 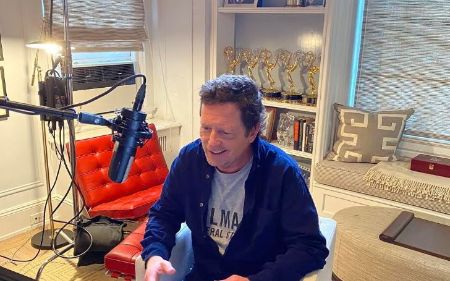 It didn't take Fox and Tracy long to translate their reel love into real. After less than a year of dating bliss, the pair were already engaged. It all started when Michael took the risk to ask out Tracy, who had recently broken up with her boyfriend, actor Kevin Bacon. "It sounds horrible, but it was one of those things," the Emmy winner said while dishing on his swift move. The duo got engaged on Dec. 26, 1987, but the journey to becoming spouses wasn't without hiccups, including consistent death threats by an obsessed fan.

Michael and Tracy revealed the secret behind their enduring marriage!

The two walked down the aisle on July 16, 1988, at the West Mountain Inn in Arlington, Vt, and everyone present, even the paparazzi, swore it was the hottest event at the time. Three years into their happy marriage and after the birth of their firstborn, Sam, 33, Fox started showing early signs of Parkinson's. Fox was filming the 1991 film Doc Hollywood when he received the diagnosis that turned his life upside down. 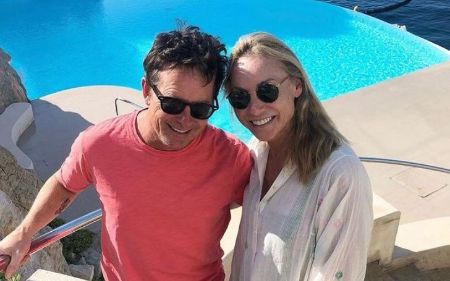 Fox and Pollan met on the sets of 'Family Ties.' SOURCE: Instagram

Fox recalls his wife was the first person to whom he broke the terrible news. Tracy, 62, scared out of her wits, asked her husband to stay off work for the time being, but Michael persevered and took every opportunity that came his way. Over three decades since the diagnosis and the couple continues to thrive as a family. The Golden Globe winner gushes about his wife every chance he gets. 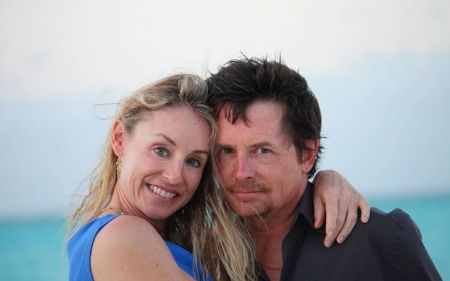 The couple has been married for over three decades. SOURCE: Instagram

"She doesn't cut me any slack, which is great. She's honest, affectionate, kind, smart and she's just there in a pinch. She is beautiful and I love her and she's sexy and gorgeous," Fox said about his wife. When asked about their secret to a happy and lasting marriage, Tracy said, "It was us against the world. That's exactly what we've created. Just give each other the benefit of the doubt. He assumes I'm doing the best I can."

Who are Michael J. Fox and Tracy Pollan's Four Kids?

Fox and Pollan have mentioned that their similar upbringings and family values are also another reason they are only growing closer with time. "Big families, middle children. Sense of humor. Both our families had that," Tracy had revealed. Hence it was no surprise when the pair naturally felt inclined to create a big family and one that reflected their parents' marriage. Together, the pair have raised four brilliant kids. 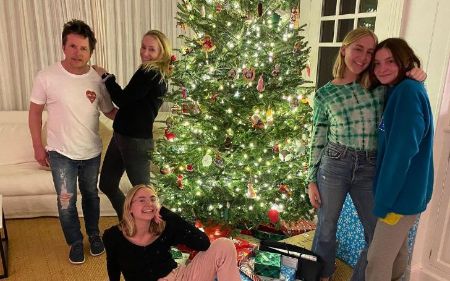 Fox and Tracy are doting parents of four. SOURCE: Instagram

The Back to the Future alum's first kid, Sam Michael Fox, is known for being the spitting image of his father. Sam is the only kid who arrived in the world prior to his dad's grave diagnosis. "Tracy had a really good pregnancy, and it was a good delivery. Thank God, she was healthy and Sam was healthy," a first-time father Fox had said at the time. Although the couple's oldest hasn't followed in his famous father's footsteps, Sam's Instagram feed shows he is doing great in life.

Fox and Pollan welcomed their twin girls Aquinnah Kathleen Fox and Schuyler Frances Fox, on February 15, 1995. Michael's kids probably aren't keen on venturing into a career on screen, given both Aquinnah and Schuyler, like their brother Sam, have strayed away from acting. Aquinnah's LinkedIn profile reveals she previously worked at Annapurna Pictures and Schuyler at FableVision. The Family Ties alum's youngest-born, Esmé Annabelle Fox, was born on November 3, 2001.