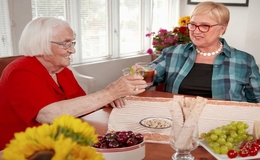 Lidia Bastianich has made a giant contribution to the food world. The award-winning cook and restaurateur is to be credited for bringing and popularizing so much of Italian food in the States and world. But, the successful Lidia also has had her ups and downs in life including a divorce and the loss of her mother.

Lidia Bastianich's Mother Passed Away At 100

In February, the restaurant mogul Lidia Bastianich took over her social media pages to share the tragic death news of her beloved mother, Erminia Matticchio. And, the mother of the cook was someone familiar to Lidia's fans and audience for showcasing where they got the ingredients from their garden. 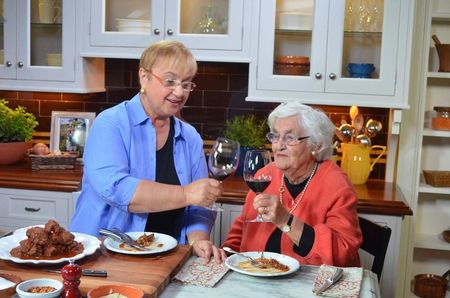 Just on 23rd 2021, Lidia shared pictures of celebrating the 100th birthday of her late mother. "Happy 100 Birthday to my incredible mother, affectionately known as Grandma! You bring a smile to my face every day, and I am so grateful to have you," said Lidia.

But, almost a month later, Lidia had to deal with the death of her mother. On Twitter, Bastianich made the sad announcement by writing, "My dear mother, Erminia, affectionately known as “Grandma” passed away quietly at home with me and the immediate family several days ago,"

Lidia further mentioned that her team would be making posts to honor Erminia in the future to get through the tough times and remember her. Erminia, the matriarch of Lidia's Italian immigrant household is one of the biggest inspirations behind's restaurateur motives and dreams.

Lidia Bastianich didn't build the empire by herself, but along with her husband Felice Bastianich whom she was married for thirty-three years but together for thirty-six years. Although Lidia and Felice were married for over three decades, they couldn't make it until the end.

But, the thirty-something years still had its perks. Lidia first met Felice for the first time at her sweet sixteenth birthday party. Not to mention, Felice was also a son of immigrant parents from Istrian and was working in a restaurant then. 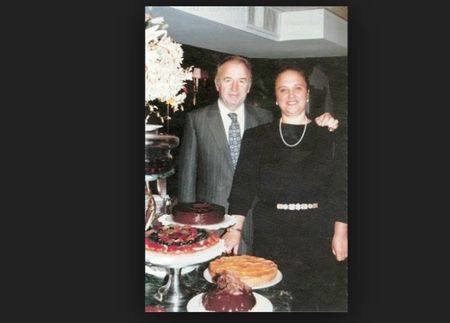 And, their common passion for food was definitely one of the reasons that brought them together and closer. Interestingly, three years after they first met, Lidia and Felice decided to get married, in a Christian ceremony.

But, marriage wasn't just the sole goal of the duo. They wanted to start their own restaurants that promoted Italian recipes. It was, in fact, a huge dream of Lidia to pursue a dream in the culinary field, and Felice thoroughly supported that. And, together, they achieved that.

Lidia and her husband, however, couldn't achieve to fulfill their marriage vows as they divorced in 1988. Dealing with business, children, more personal stuff, the husband and wife eventually caused distance between them. While Lidia went for a decision to expand the business, Felice opted to gain his share which was later inherited by their kids.

The host of Lidia's Kitchen and her former husband raised two children altogether. Lidia Bastianich and Felice Bastianich had their first son aka Joe Bastianich in 1968 and their second child, a daughter named Tanya Bastianich Manuali in 1972. 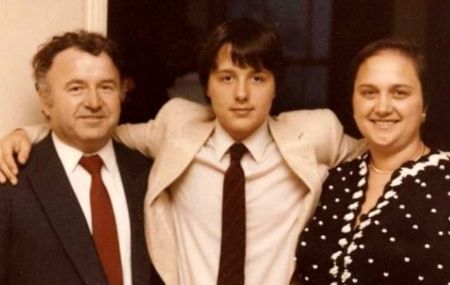 A rare picture of the Bastianich family. SOURCE: Celebs Closet

Both Joe and Dr. Tanya, the heiress of Lidia's business will definitely carry on the legacy of their parents in the future. Matter of fact, the duo already looks after the restaurants despite Tanya being an author by profession.

Not to mention, Joe also often makes his appearances on Lidia's shows where he gives his best judgment on wine and drinks. Lidia is also a grandmother to the children of Joe and Tanya as they are both married and settled.

And, the Bastianich family surely misses their father Felice too, besides their late grandmother Erminia. Felice Bastianich passed away on 10th December 2010 at the age of only seventy.