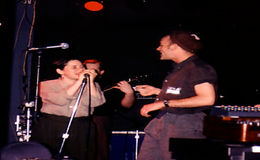 New York breed Natalie Merchant often writes about the world through her eyes and her personal experience in her music. And, a lot about her love life can be understood through her songs too. With having endured a rollercoaster love life, here's everything you need to know about the Indie pop queen.

Rocking long grey hair, today, Natalie Merchant lived a life of love, supports, tears, achievements, and triumph. Multiple failed relationships and divorce can be considered in the category too if we're being fair. The singer's first well-known affair happened when she was linked with Michael Stipe, one of her first publicly known boyfriends.

Michael Stipe: The Man Natalie Merchant Wanted To Have Forever But Didn't

It had only been two years since Ms. Merchant joined 10,000 Maniacs, the folk and alternative band from New York that brought the songstress to the rise through success and fame. And, with thousands of album copies sold, the band toured to Athena in Atlanta Georgia where fate united Natalie and Michael Stipe, vocalist of R.E.M, in 1983. 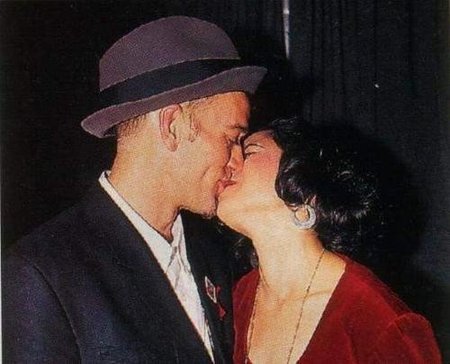 Both Natalie and Michael were about their band and were even enthusiastic to see the other band's performances. But, in their early twenties where both of the young individuals were shy, their first meeting didn't go well as they expected to. As a matter of fact, when Natalie met Michael officially for the first time after the conclusion of a party event, she somehow ended up waiting for Michael for half an hour with his bag outside a bathroom toilet.

And, did we mention, she had already developed feelings for R.E.M's lead singer and drove for nearly 500 miles just to see the band? Michael later revealed that it was his shyness to keep up the conversation with Natalie that made him do what he did. Poor Mikey, he actually escaped the party from the bathroom's window. And, the only reason, he decided to come back was because of the bag he left with Natalie.

Where Does Their Story Go From Here?

On the other side of the story, of course, Merchant was not only covered with the feelings of embarrassment but rage too. After all, she had every right too. Like who even does that no matter how shy or introvert you are, one just doesn't make someone wait with their properties outside a toilet room, that too at a party.

When Stipe returned, Merchant left the venue after handing back the bag aggressively with deciding to loathe Michael. But, of course, Merchant meets Stipe, once again and this time, it's in her city at Buffalo New York near were the veteran singer and her band practiced. R.E.M was actually performing. 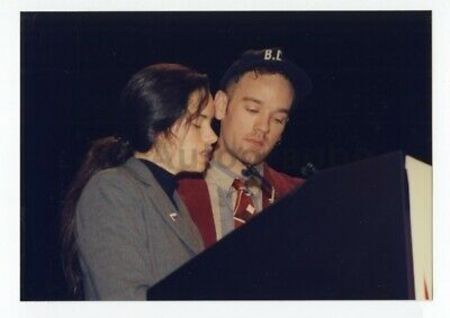 It seems as if all the hatred for Michael had disappeared by their next reunion. Say what? Natalie was excited to see the band and even approached R.E.M. What about Stipe? Yes, he as well as was thrilled to see Natalie. And, the next thing they knew, the duo who ironically happens to be wearing pajamas, were laughing and sharing dinner at a vegan restaurant nearby.

Long story short, Natalie and Michael fell in love. Although what they had couldn't last forever, it was surely fun whilst it lasted. Apart from sharing common interests in music leaving the exception that Natalie hated Michael's love for partying in LA and her jealousy for his nature to get with any musicians and learn from them, the pair remained supportive, of each other professionally and personally.

A decade later, around the time when Natalie left 10,000 Maniacs, her former lover came as out as a bisexual man, preferring men more than women. But, it's expected the Wonder singer is still friends with Michael who is currently dating a man known as Thomas Dazol.

Merchant's Marriage That Produced A Daughter

In 2003, Natalie Merchant tied the knot with her former husband, a Spanish documentary maker, Daniel de la Calle. And, in less than a year of their wedding, the Tigerlily singer and Calle welcomed their first and their only child named Lucia de la Calle. And, during her pregnancy, the singer resumed her vegan diet, she followed since 1980. 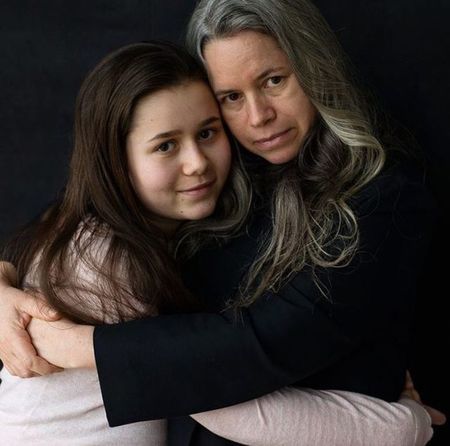 Hooked up on the role of motherhood, Merchant decided to take a break from music the same year. Natalie didn't release her next record until the seven years. Throughout their marriage Merchant and Danielle often traveled across the world. Mr. Calle would be even seen supporting his wife on stages.

Unfortunately, everything came to an end when Natalie and her husband parted ways after nearly seven years of togetherness as a husband and wife. The singer was the one to reveal the information herself to the public.

Fast forward today, Natalie Merchant is back to her business i.e. making music and touring, things she loves the most.

Stay tuned to Marriedwiki.com for more Gossips and Biographies.