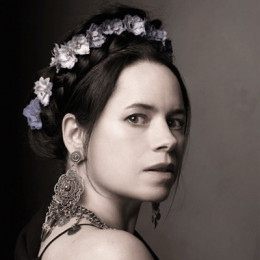 She is an American singer, a songwriter and a musician who is known best for her alternative rock band 10,000 maniacs in 1981. She has been active in the music industry since then. In 1993, she had started her solo career. She was born to parents Anthony and Ann Merchant as their third child. She was encouraged by her mother to start her career in the music as her mother was an avid fan of Beatles band.

She is currently single after getting a divorce from her husband. She has a child from her husband. She loves her child very much and loves to spend time with. There is no any record of her past affairs till date. She wants her fans to respect her privacy. She avoids talking about her personal life in public so as to avoid rumors and scandals. There is also no any rumors seen on her.

The popular singer and musician Natalie Merchant was born as Natalie Anne Merchant on October 26, 1963. She was raised in  Jamestown, New York along with her three siblings.

She is the third child of her parents, Anthony Merchant and Ann Merchant.

She completed her education from the Jamestown Community College. During her college days, she sang for 10,000 Maniacs and from where the singing journey takes off.

She is quite influenced by her grandparents as they interested in music. When she was a child, her mother listens to music and encouraged her to learn it but she restricted her to watch TV until she was 12.

Even she didn't know Bob Dylan until 18 years old. She used to work for health food store and considered a career in special education before 1981.

Her musical career started since 1981 when she collaborated with 10,000 Maniacs. She used to sang as a lead vocalist for the band and played piano until she leaves the group in 1993.

After leaving the group she launched her own album Tigerlily which was released in 1995. Her debut song "I May Know the Word" was considered as hit and played in various movies as background score.

Natalie was married to Daniel de la Calle in 2003 at an intimate ceremony. The duo shared a beautiful daughter Lucia. After being together for almost 9 years couple had divorced in 2012 and she indicates it through an interview.

Primarily getting married to Daniel, she was in a relationship with Michael Stipe who is a band member of R.E.M. The couple first encounter in 1993 and eventually had a romantic relationship.

However, the couple couldn't handle their relationship and get apart from one another.

Currently, Natalie isn't dating anyone which simply means she is possibly single.

The beautiful 50 years old singer has a glorious career as she involved in singing, songwriting and many other musical activities. She has a quite impressive net worth of $6.5 million.

Daniel is a ex-husband of Natalie. the duo tied a knot in 2003 but due to some personal reason couple had divorce in 2012.

She is quite grown now and in her early teens. She is very beautiful and passionate in music like her mother.