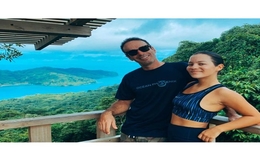 Attention strongly shifted on the elegant beauty, after Hollywood watched Natalia Reyes's splendid performance as Dani on Terminator: Dark Fate. However, to break it to her male fans, this gorgeous woman is off the market. Reyes enjoys a happy marriage with her husband Juan Pedro San Segundo. And, here's what you need to know about him.

Natalia Reyes is a married woman and she is glad to have found her significant half in her long-term boyfriend turned husband, Juan Pedro San Segundo. And, Reyes, has known her partner for almost twelve years now. 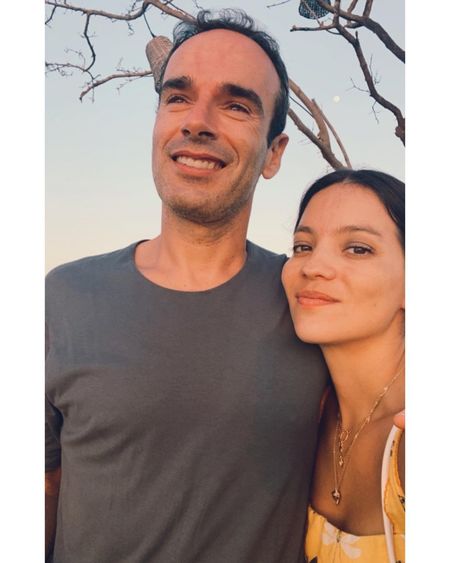 Well, Segundo met the actress around eleven years ago in 2009, and let's just say it was love at first sight. Juan and Natalia fell something between them. Perhaps, a burning sensation and something magical that they wanted to see each other again, which they did.

Juan made the first move, and the dude indeed got lucky as Natalia agreed on a date to get to know him better. Soon enough, it was apparent Juan and Natalia both liked each other. But, the lovebirds didn't get married right away.

Segundo only asked for Reyes' hand in marriage in the mid-2010s. And, on the beautiful day of 27th February in 2016, Natalia said 'I do' and to spend the rest of her life with Juan through the highs and the lows.

Natalia and Juan opted for an outdoor wedding by the beach. The Latina beauty looked absolutely brilliant in a sleeveless white dress with her dark braided hair tied in a ponytail. Segundo too looked charming in a grey suit on their big day. 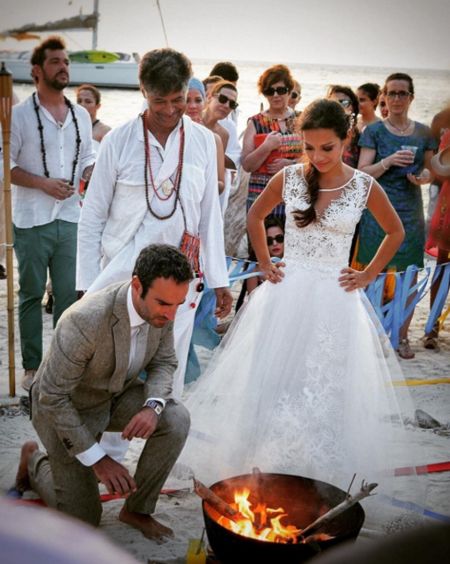 Actress Natalia Reyes and her husband on their wedding in 2016. SOURCE: HSB Noticias

In 2021, Juan and his wife will celebrate the fifth year of their marriage. On the other hand, Natalia and Juan are yet to start a family of their own. It looks like, neither Natalia nor Juan wants to rush into the matter.

What Does Natalia Reyes' Husband Do?

From Latin and Colombian cinema to Hollywood, rising actress Natalia Reyes has been a part of dozen of movies and TV shows. Natalia has said of wanting to become an actress since she was nine years old. And, ironically Terminator was one of the major factors that motivated Reyes into the movie industry. 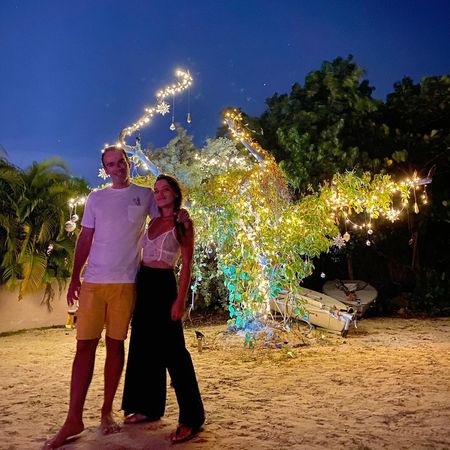 Reyes also contributed to movies; Pickpockets and Birds of Passage before she made her Hollywood debut with Running with the Devil which co-starred Nicolas Cage and Leslie Bibb in 2019. The same year, Reyes was seen as Daniella on Terminator: Dark Fate alongside Arnold Schwarzenegger.

And, ever since the fans watched the films of Reyes' brilliant performances, the Bogota native has been making statements. But, what about her husband Juan Pedro San Segundo? Is he also an actor?

Well, Natalia Reyes's husband, Juan is a businessman involved in the hospitality industry who owns restaurants and beach resorts. The actress herself revealed the information on her interview with Jimmy Kimmel.

Not to mention, Natalia also owns the business with her husband. Looks like the actress has gotten herself not only a husband but a business partner too. Good for her.