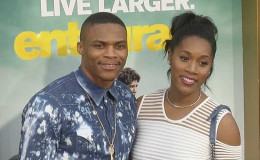 Russell Westbrook is an American Basketball player who plays for Oklahoma City Thunder since 2008; He and his Wife of 3-years Nina is expecting Twins; Also, see..

From the family of three to party of five at the Westbrook family!

In a video interview, Russell Westbrook and his wife Nina announced they are now all set to welcome twins. The video was posted on the YouTube channel of Oklahoma City Thunder and was titled The Westbrook Family.

The couple is already a parent to their one-year-old son, Noah, whom they welcomed last year on May 17. 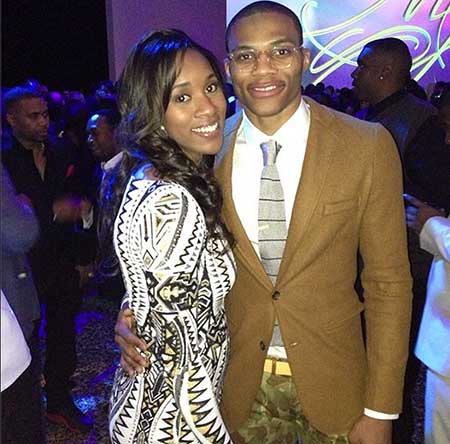 In the video, the duo who also runs their own lifestyle boutique called The Little Arc talked about their current family life and how they cope up with their son.

Nina said during the interview,

“There will be two of them; we’re having twins."

She also revealed how their little bundle of joy doesn't make peace with their dog but after the arrival of the twins, at the very least they'll be able to get a jump on their big brother.

“If Noah gets out of hand, they’ll be able to both jump on him at the same time.”

Well, the couple also revealed the gender of their upcoming twins. The duo will be welcoming twin girls.

Despite his busy schedule, the doting father has always made sure his family is his first priority. Nina also claims how her husband is one of the best father in the world.

According to her, he always makes his contribution to the family. He is doing the regular household chores, wakes up early and stays late in order to keep his baby boy asleep.

The 29-year-old Baseball outfielder has been with Oklahoma City Thunder since 2008. He has also won All Received All-NBA honors seven times. He even became the All-Rookie Team in his first year.

But all of his professional accolades mean nothing to him because being a dad is something else entirely.

“Being a dad is more important to me than anything else,” he explains. “Family is always the most important thing for me, regardless of what I do.”

He and his wife Nina Earl tied the knot in 2015 after dating for a long time. Well, congratulation to the couple and we wish for the better health of Nina.