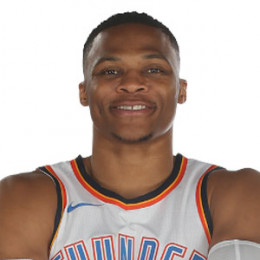 Russell Westbrook is an African- American basketball player who plays for the Oklahoma City since being drafted by the NBA in 2008. He also represents his country United States in the Men's Basketball competition. Westbrook was the drafted as the 4th pick overall and He started playing basketball from an early age and played during his high school and college period.

For his high school career, he played from the Leuzinger High School and during college played for the UCLA Bruins. Westbrook was named NBA All-Star seven times and five times All NBA Second Team. Besides he was twice named for some titles like NBA All-Star Game MVP. All- NBA First MVP and NBA assists leader in 2018.

Westbrook is a successful basketball player who is settled in his life with a wife and kid. He is married to former basketball player Nina Earl who he knew from his college days and they married on August 29, 2015. 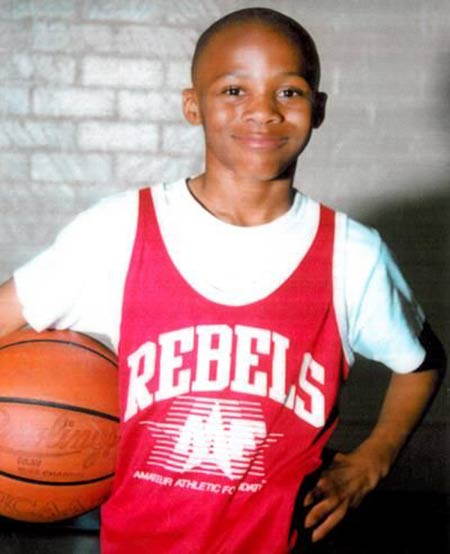 Westbrook along with his best friend, Khelcey Barrs III wanted to get in UCLA to be a basketball player but his friend couldn't make it since he died of poor heart in 2004. For his schooling, he attended Leuzinger High School where he played basketball and for college enrolled at UCLA.

Westbrook is professionally a basketball player who plays as a point guard for the Oklahoma City Thunder of the National Basketball Association. He joined the team after being drafted as a fourth overall pick by the NBA and started playing for the team on July 5, 2008, to date.

Westbrook attended Leuzinger High School where he played basketball for his high school team as a point guard. While joining the team he stood at a height of 5'8 with a weight of 64 kg but later on, he grew up to be 6'3 feet. In his senior year, he averaged a score of 25.1 points and 8.7 rebounds and 2.3 assists and 3.1 steals for a game. 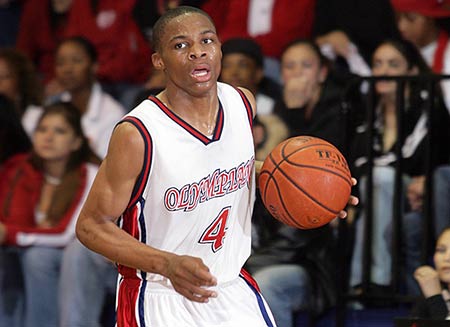 He was named the Most Valuable Player of the Bay League twice for his awesome performance in the team. Westbrook was in the First- Team All- CIF Division I and in the Third- Team All-State.

During his college days, he played for the UCLA Bruins for two years from 2006 to 2008 and later was drafted by the Seattle Supersonics in 2008. He wears a number zero jersey in the UCLA Team and often played as the defender and energy player off the bench. During his involvement with the Bruins he scored 3.4 points, 0.7 assists and 0.8 rebounds in the 2006-07 year and in the next season averaged a score of 12.7 points, 4.7 assists, 1.6 steals n 3.9 rebounds. 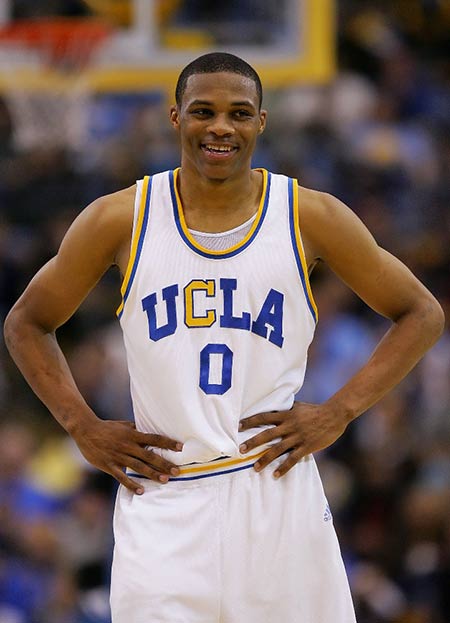 He was teammates with NBA player Kevin Love and together they led the team to the Final Four in the last season in 2008. However, they lost to national champion Florida in a 76-66 final score and also lost to Memphis by 78-63. Westbrook was named 2008 Pac 10 Defensive Player of the year and earned the third team all-conference honor and title in the Pac-10.

Westbrook was selected in the fourth overall pick in 2008 by NBA draft to play for Seattle Supersonics which is now known as Oklahoma City. He was officially signed to play for the team on July 5, 2008, and later in 2009 recorded his first triple-double score with 17 points, 10 assists, and 10 rebounds. His played for Oklahoma Thunder and played alongside All-Star Kevin Durant.

During his time with the team, he even led them to win the 2012 NBA finals. Westbrook was honored with the title MVP of the 2015 NBA All-Star Game after he scored a high score of 41 points and later in 2017 was named Most Valuable Player of NBA after he scored an average triple-double the whole season.

For his success, he was named NBA Rookie All-First team. In 2016, he signed a five- year contract with Oklahoma City Thunder for $80 million. During his time there he also took part in the 2010 FIBA World Championships. 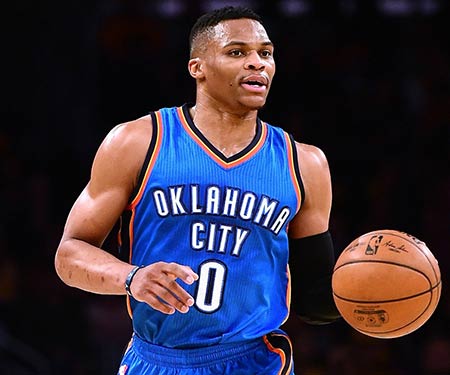 He became the fifth player in league history to record a massive score of 4000 points, 1000 rebounds and 1500 assist till 2015. Westbrook won a gold medal in the World Cup held in Turkey in 2010 while playing from the United States Team and also earned a gold member as a member of the U.S Men's Basketball Team in the 2012 London Olympics game.

In the 2013 playoffs, he had to take surgery as his meniscus had torn and couldn't play in the season which broke his streak of his consecutive games played. He had to go under three surgeries which kept him away for playing the league. People started criticizing him for not passing the ball enough while he played as a point guard but he shut all the criticisms by making his comeback with a bang in 2013. After his comeback in 2014-15 NBA season, he delivered awesome performance and scored six triple-doubles in eight games.

Russell Westbrook has an estimated net worth of $125 million and takes home a salary of $41 million. He took a signing amount of $86 million for three years with an average salary of $28.5 million. Later on, he signed a contract with NBA of five years of $206 million and totaling his contract amount to $231 million. Westbrook earned $48 million from June 2017 and June 2018 which he earned from his endorsements and salary.

He is associated with the brands Nike & Jordan. Westbrook got signed to the brand Jordon in October 2012 and started endorsing their products. Later on, in November 2013 he signed with Kings and Jaxs Boxer Briefs since he was interested in fashion and loved working with them.

Westbrook in February 2015 was made the Marketing Creative Director of True Religion, a denim brand. He also signed with PepsiCo and became the global face of the soft drink, Mountain Dew Kickstart. Westbrook also owns a Lamborghini Aventador which is worth $387,000 and has a million dollar house with luxurious items.

Westbrook is a successful basketball player who is settled in his life with a wife and kid. He is married to former basketball player Nina Earl who he knew from his college days and they tied the knot on August 29, 2015. The couple even has a son named Noah Russell Westbrook who was born on May 6, 2017. He lives a happy life with his wife and his son Noah.

In honor of his best buddy Khelcey Barrs who died from a poor heart in 2004, he wears the initials of his name KB3 on his sneaker and wristband. They were very close who used to play basketball together and his death had affected Westbrook a lot. Westbrook learned to play basketball from his dad who trained him and his brother Raynard. Besides basketball, he is interested in fashion and always is clad in creative outfits.

His drive in fashion even led him to collab with a luxury department store named Barneys New York which started selling the fashion line outfits under the name Westbrook XO Barneys New York. Later on, he launched his own fashion line releasing the Westbrook Frames Eyewear brand in 2014 and the following year True Religion's Spring Campaign named him their marketing creative director. He also have his own foundation named Russell Westbrook Why Not? Foundation which he founded in 2012 to help the community in education and family service programs.

His hobbies include bowling, playing video games and loves spending time with his wife and kid. He stands a tall height of 6'3 feet and weighs 91 kg. Westbrook has around 10.9 million followers on his Instagram account.

The couple married on August 29, 2015, in an auspicious ceremony and became the parents of Noah two years later in 2016.

The couple is blessed with their first born son Noah who was born on May 16, 2017.