Home Article Who Is Niall Horan Dating? Inside His Dating History

Who Is Niall Horan Dating? Inside His Dating History 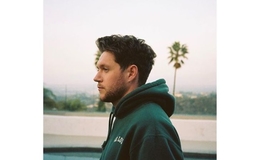 The one-fifth of the biggest boy band to ever exist, One Direction, Niall Horan, is now on a crusade to build a stellar solo career. For years, Horan was the elusive nice guy in the popular band, but since its hiatus in late 2015, the singer has been bringing out the edgy side of him with his soft pop record-breaking releases and arena tours. Horan takes his repertoire up a notch as the singer was recently announced as the new coach for season 23 of The Voice.

Niall James Horan, 29, is a native of Mullingar, County Westmeath. A BootCamp selectee on the season seventh of The X Factor, Horan's life took off when music mogul Simon Cowell teamed him up with Harry Styles, Liam Payne, Louis Tomlinson, and Zayn Malik to form the revolutionary band. Despite the never-ceasing buzz around his work, Niall has managed to keep his love life low-key and off his professional profile.

Horan may not come off as much of a dater, but the Slow Hands crooner has dated plenty, some famously and some under the radar. Niall's foremost dating rumor dates back to 2012 when he was busy recording millennials' favorite hits with his fellow band members. Horan was rumored to be dating the Camp Rock alum Demi Lovato. The speculation surfaced after the Irish singer revealed his crush on Lovato, who also called him "adorable" in an interview. 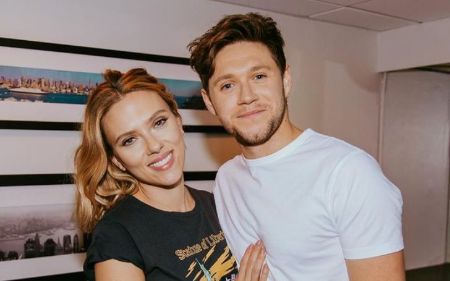 Niall is a private person and keeps his romantic ventures on the low. SOURCE: Instagram

But the rumor was soon chalked as a mere rumor after the Heart Attack hitmaker cleared the air around their relationship. Lovato called Niall "just a friend" and even called their relationship "platonic." Demi added, "We enjoy having dinner when we get the chance. We speak and message all the time. Niall's a really sweet guy and I definitely consider him a friend, but it's never crossed that line."

Niall almost dated Love Me Like You Do singer Ellie Goulding after she reportedly called it quits with Ed Sheeren. But the duo couldn't pass the dating stage. Addressing her low-key romance speculation with Niall, Goulding said, "I did go on a few dates with Niall." The singer revealed they settled on being good friends. "He is a really, really lovely guy. He's got the biggest sense of humor, he's very caring, and I see him as a genuine friend in the industry," Goulding said. 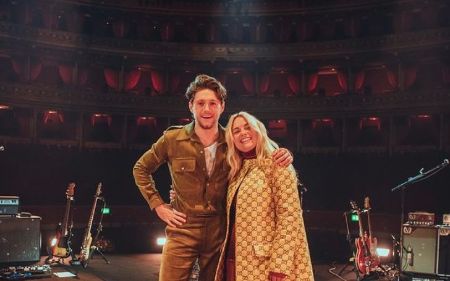 Niall is rumored to have dated Ariana Grande and Selena Gomez. SOURCE: Instagram

The This Town singer's relationship with his next flame, Barbara Palvin, who is now in a long-term relationship with actor Dylan Sprouse, also ended on a similar note. The two were rumored to be the new budding couple after being photographed holding hands. Horan and Palvin reportedly couldn't work things out due to Niall's tight schedule. "He's a lovely guy — fun, Irish, and sarcastic all the time. But, I'm sarcastic too," Palvin said in her statement. 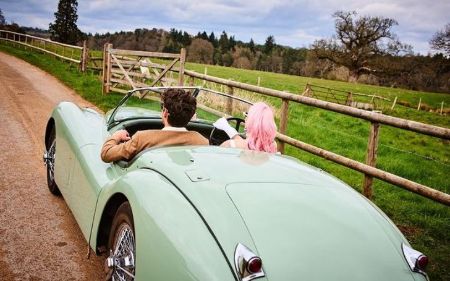 The One Direction alum seemingly dated or at least had flings with A-list singer Ariana Grande, with whom he was spotted multiple times, and Selena Gomez. "Niall and Selena were seen kissing in the middle of the club, in front of everyone," an eyewitness said in December 2015. Horan had his first official relationship with Starving hitmaker Hailee Steinfeld in 2018. The duo dated for about a year before breaking it off in late 2018.

Who is Niall Horan Dating?

Unlike his former ambiguous relationships, Horan is in a committed relationship, and it seems he is in it for the long haul this time. Niall is dating Amelia Woolley, a designer shoe buyer. Although the twosome's romantic status is confirmed, they mostly keep things low profile. Horan and Amelia have been dating since early 2020 and are still going strong. 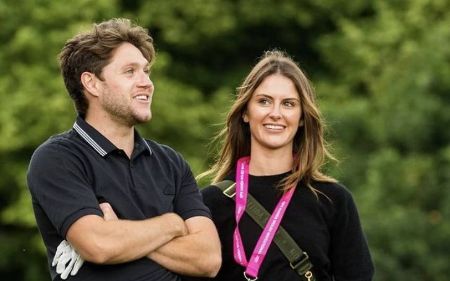 Horan's long romance with the luxury shoe buyer has raised fans' interest in Woolley, and here are some quick facts about the mystery girl. Amelia has a degree in the fashion business and has worked as a luxury show buyer. She currently works as an account manager at Budweiser Brewing Group. However low-key she might be with the One Direction alum, the two have already made their public debut.

Niall and Woolley posed for their debut public appearance on Sept. 3, 2021, at Horan's charity gala, the Horan & Rose Gala, at The Grove Hotel in Hertfordshire, England. It is suspected that the twosome met at some event or via a mutual friend in London. Given that the couple met before the lockdown, Niall and Woolley reportedly connected deeply during the period and even spent the time together.

Niall and Woolley made their first public appearance at a charity event!

"Niall is very serious about Amelia; lockdown has definitely intensified his feelings for her. Niall has been seeing Amelia for the last two months," a source said about the then-new couple. The source added, "He thinks Amelia's gorgeous, but they also get on – and she's told close friends this could be the real deal. Amelia has spent a lot of time getting to know Niall at his London apartment after lockdown restrictions eased."