Home Article Hollywood's One Of The Cutest Couples Hailee Steinfeld And Niall Horan Are Relationship Goals!! Find Out About Their Affair

Hollywood's One Of The Cutest Couples Hailee Steinfeld And Niall Horan Are Relationship Goals!! Find Out About Their Affair 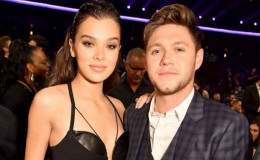 When it comes to keeping track of our favorite stars, their love life pretty much crosses all the transactions.

And the gorgeous actress, Hailee Steinfeld has made many of her fans confused about her love life as she is seen with numerous handsome actor around the industry. Starting her career from an early age, Hailee has earned a huge name for herself in the Hollywood and certainly, her love life has been a keen interest to many of her fans.

But at this time, she has left many clues and hints of dating former one direction member, Niall Horan. How it all started? Let's take a look at some details about Hailee's dating life with us here today!

The 21-year-old actress has been spotted cozying up with her beau Niall for about a year. They have been dating since late 2017 as per reports and have been seen together at numerous events and programs. 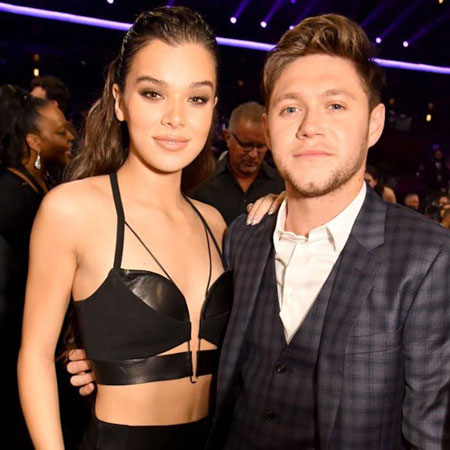 Hailee and Niall Have been dating since late 2017
Source: EOnline

The former 1D singer wished Hailee her 21st birthday with a beautiful message on Instagram calling her one of his best friends with an adorable picture of the couple stating, "Love ya hails".

Happy birthday to the loveliest person on the planet and one of my best friends @haileesteinfeld . Have no idea what the hell is going on in this photo. Love ya hails

On 21 January 2018, Hailee was asked about her relationship with Niall and she stated,

"I feel so lucky that [my fans] care enough about me to know what I’m doing every second of every day, but I think that sometimes it’s hard for people, in general, to realize that there are boundaries to a person’s life and personal life."

The couple was also spotted at a Backstreet Boys concert on the 18th February singing their hearts out to 'I want it that way'.

Certainly, it pretty much proved that the rumors about their relationship are true after all as they were also spotted kissing in a car park after shopping at a Target in Los Angeles.

The couple seems to be living blissful life and no doubt they look happy with each other. Let's hope to hear some more exciting news in the near future.

Being Cozy With Instagram Star Cameron Smoller Was No Big Deal For Hailee Steinfeld, Know About Their Story!!

This is not the only time the singer has chased for love. Steinfeld previously dated a guy named Cameron Smoller who is a famous Instagram star.

Not many details about their relationship are known in the public but they shared numerous pictures with each other in 2016, and it was a pre-Golden Globes event in January 2017 when the darling pair were photographed for the first time. 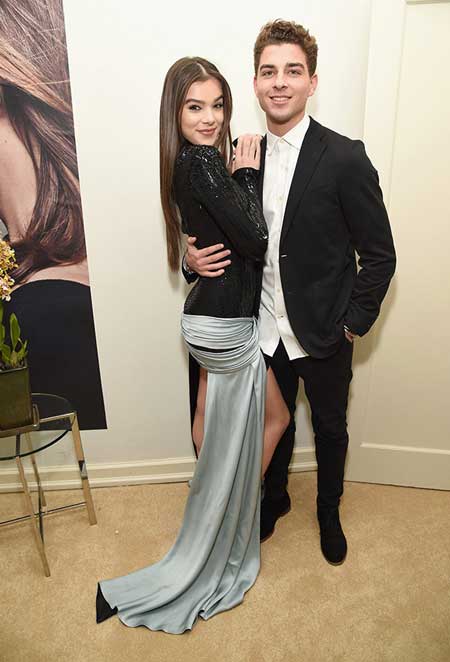 It is still not clear when they exactly broke up but the last photo of the former duo was uploaded by Smoller in 16th November 2017 where the duo was hanging out on the beach with a friend.

However, Hailee has not talked about her love story with her ex-beau but Cameron has uploaded plenty of pictures with her former girlfriend which pretty much proves that they were really close.

Looking at some adorable pictures of them, Steinfeld and Smoller were pure relationship goals but eventually parted their ways with no details disclosed about their relationship.

Well, the actress was also surrounded with the rumors of dating Justin Bieber back in days but seems like she totally put those to rest.

Back in 2011, Justin tweeted about Hailee being nominated for the Oscars and of course, it started some buzzing over the internet that they have been dating for a while.

met at the Globes and she is super talented. CONGRATS to Hailee Steinfeld for being 14 and getting nominated for an OSCAR for TRUE GRIT!

Turned out, they were just friends and all those rumors were just some talks but nothing more. 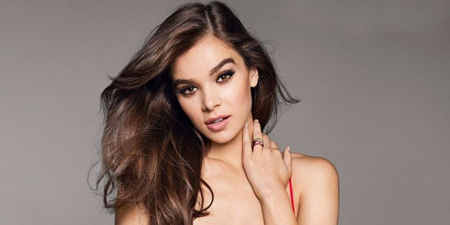