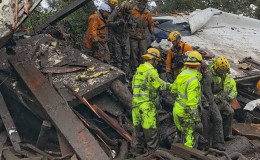 Celebrities Including Oprah Winfrey, Jimmy Conners Trapped In Devastating California Mudslide: 13 Reported To Be Dead and and 25 reported to be injured

At least 13 people have lost their lives in a terrible Southern Californian Mudslides north-west of Los Angeles and celebrities including Oprah Winfrey and tennis legend Jimmy Conors have also been affected.

Thousands of people have been affected by the devastating flash flooding and mudslides whereas a number of bodies have been discovered by the rescue team making the death count increase every hour.

Oprah Winfrey, who's been grabbing headlines with her will to run as future president was trapped in terrifying mudslides that downpoured in Southern California.

Fortunately, Winfrey's home survived the storm and she was rescued by the rescued team. She also posted photos of knee-deep mud in her yard and all the rescue helicopters surrounding her mansion. 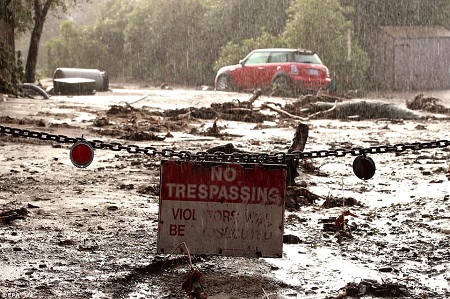 Homes and roads completely washed away by mudslides that hit the area on Tuesday in South California
Source: Reuters

Along with her former tennis star, Jimmy Connors was also evacuated from his 800-square-foot home in the same area and after being rescued he tweeted,

Firefighters were seen all over the place and the rescue team saved more than 50 people from the roofs of their house as the roads were all blocked due to trees, mudfloods and gas fire that also broke out on Tuesday morning during the flood.

The mudslide was the result of heavy storm and rain on the hills that were left bare, without vegetation due to the wildfire that occurred in the state back in December. 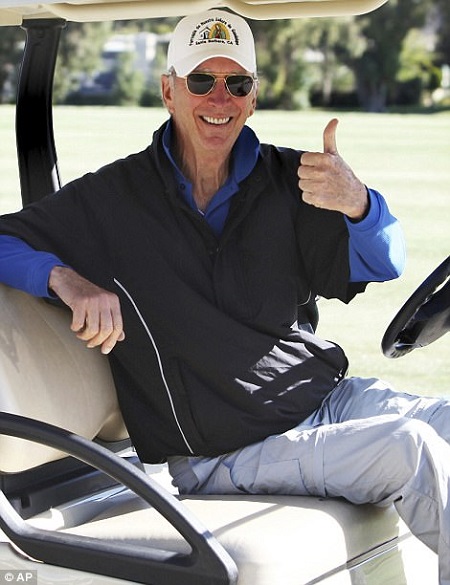 More than 25 people have been reported to be injured in the mudslides. The first person to be announced dead was Roy Rohter, a former real estate broker, founder of  St. Augustine Academy in Ventura while his wife Theresa got injured by the mudslide. 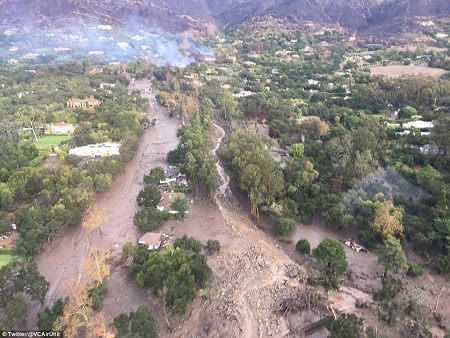 Complete identification of those who were killed in the mudslides is yet to be done. While the death count has been reported to be 13, Santa Barbara Independent reports that the number is deaths is around 16 and seems to be increasing.