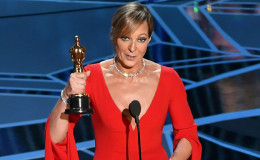 She took home the best-supporting-actress trophy Sunday night performing the role of Tonya's mother in the movie I, Tonya. And it's no doubt that she's always supported by her family and her loving beau, Philip Joncas whom she's been dating since 2015. But rumors have that they might not be together. Is this true? Let's get details about her recent success along with her less known dating life in today's session.

Allison Janney's  Oscar Win Speech: 'I had given up thinking this could happen to me'

Allison Janney already has a trophy case full of awards: a total of seven Primetime Emmys and a Golden Globe, and this time, she managed herself to get an Oscar!

The Mom and West Wing diva looked really happy during the acceptance speech on Sunday evening's Oscar Awards. During the event, the I, Tonya star revealed that she had nearly abandoned her hopes of winning the golden statue. 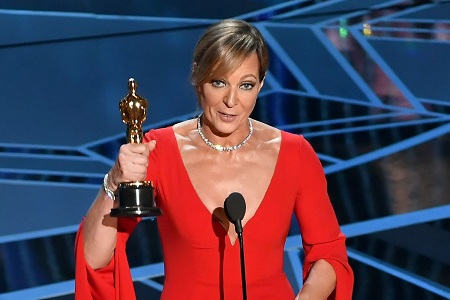 She thanked the movie's screenwriter Steven Rogers for giving her the role of Tonya Harding's mother, LaVona "Sandy" Golden.

What a night! Big thanks to @forevermarkusa for the gorgeous jewelry that perfectly completed my #Oscars look tonight.  And as always, none of this would possibly without the amazing glam squad! LOVE you @jillcrosbyhair, @collierstrong, @taraswennen!

She explained her success story to the reporters in the Oscars press room. She said,

"I kind of didn’t dare to dream of things like this because I didn’t want to be disappointed."

I think at a certain point I had given up thinking this would happen for me because I just wasn’t given the kind of roles in the film that would get attention like this. And that’s what my very good friend Steven Rogers did for me."

"He wrote this for me to do just that, to show a different side of me and show what I could do. And I will never be able to repay him, it’s an extraordinary gift he gave, it’s kind of overwhelming. I think I’m going to get him a Rolex and engrave it on the back. I think that’s a start."

She will now be known as an Oscar-winning actress after the major event.

Right after the win, the actress stated that she will get right back to work on the series Mom that premiered back in 2013 and is still running.

The I, Tonya star is blessed with a long-term relationship in her life with her caring and supporting beau, Philip Joncas.

It's been a longtime Janney met her love, still, the couple drew a lot of attention when the two appeared together for the first time at the 2015 Emmy Awards. 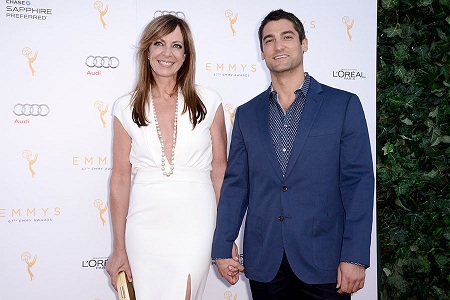 However, some sources claimed that the couple was snapped getting pretty cozy as early as 2014.

Janney and Jonas first worked together in 2013 movie The Way Way Back, the former was an actor in the movie whereas the latter worked as a production coordinator. 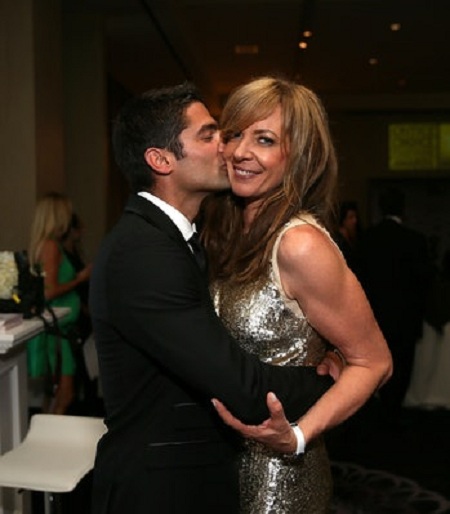 In an image snapped from the Critic's Choice Television Awards in June 2014, Jonas wrapped his arms around Janney's waist. He kissed the gorgeous lady on the cheek when she smiled in front of the camera.

The 58-year-old actress gushed about her 20-years younger boyfriend in an interview with E! News back in 2016. She said,

She revealed that the two have been an item for 'about a year' in 2016. Still, we can say that the two might have started seeing each other since Summer 2014. Philip Joncas is 38-year-old production manager who's worked on several projects including Silicon Valley, Nebraska and also his recent project, Marc Maron: Too Real.

When talking about getting married anytime soon, Allison Janney revealed she doesn't believe in "the institution of marriage" and hence will never get married in the future. She's happy with how their relationship is going on.

Prior Philip, she was engaged to actor Richard Jenik back in 2004, but they split after two years of engagement in 2006. 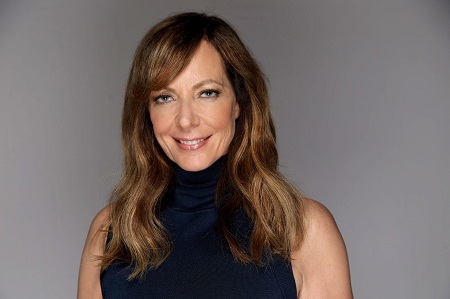