Over 2 Decades of Marriage; Actress Lisa Rinna celebrates her 21st Marriage Anniversary with Husband Harry Hamlin; She shared a throwback picture with her husband on Instagram; She shares two Children between them; Also, see..

Lisa Rinna shares a throwback picture with her husband Harry Hamlin as she celebrates the 21st Marriage Anniversary.

It's their 21st Marriage Anniversary.

Actress Lisa Rinna celebrated her 21st wedding anniversary with husband Harry Hamlin. It's been 21 years and a lot more to go down the line.

To show her affection towards her husband, she shared a throwback picture of their wedding day on her Instagram profile. 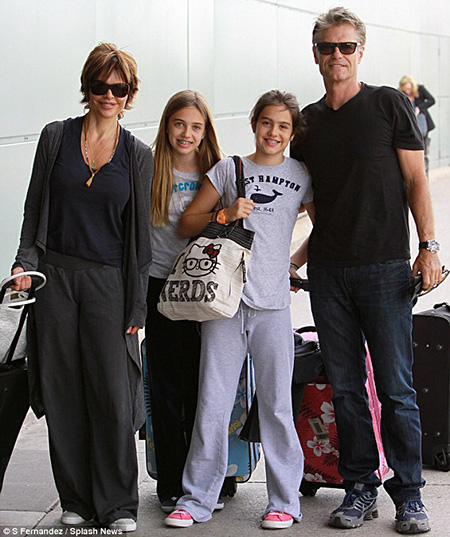 Lisa Rinna along with her husband Harry and two children
Source: Pinterest

In the TB picture, which she captioned,

In the picture, the duo is seen laughing as they are walking down the aisle whilst saying there, 'I Do's. The Real Housewives of Beverly Hill star married Harry on March 29, 1997, after dating for a short while.

The couple is a parent of two children, Amelia Gray Hamlin, 16, and Delilah Belle Hamlin, 19. Last month during an interview with Andy Cohen she opened about her long-lasting relationship with Harry.

When Cohen asked how they keep the spark in their relationship,

“I don’t really know. I really don’t know the answer. I think that we are complete opposites. And I mean, we have nothing in common!”

According to her, there is no special ingredient or mantra for a successful relationship. She even admitted how they don't even share any interests between them and yet they are going strong.

In the end, all that matters is the love and respect they share for one another.