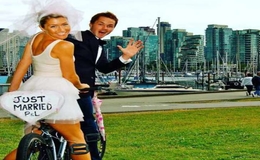 Life is more than beautiful for Paul Campbell who is an actor best known for his role as Billy Morgan on Knight Rider. After all, Cambell is blessed with the best aka his wife.

Who Is Paul Campbell's Wife?

Actor Paul Campbell was recently seen on the beautiful Hallmark film, Wedding Every Weekend where he played the lead role of Nate against his co-star, the gorgeous Kimberly Sustad who played Brooke.

And, what a lovely pair these two made on the movie! Anyone would be easily deceived into thinking that these two are a couple in real life too. But, that's obviously not the case. Campbell is a happily taken man by his one and only.

Th Canadian actor is indeed a married man. Speaking of which, Paul Campbell is married to wife Lorie Campbell. The couple has been together for almost two decades since they began dating in 2004.

Paul and his then-girlfriend only tied the knot five years later in June 2009. As for their wedding, the Spun Out actor wanted to keep their big day as secretive as possible which is why only a few close friends, relatives, and family were invited to their big day. 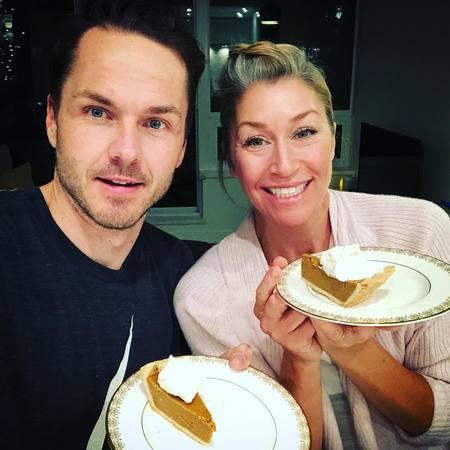 Their wedding, however, had an outdoor theme. Besides, Paul and wife Lorie also renewed their marital vows at the Palm Spring. And, this time, the couple made a big celebration compared to their first one.

In addition, Paul Campbell's wife Lorie is a surfer and spiritual explorer, unlike her husband who is an actor.

It took almost seven years since their marriage for actor Paul Campbell and his wife Lorie Cambell to decide on starting their own family. Paul and his wife are blessed with the greatest gift one could ever ask for. 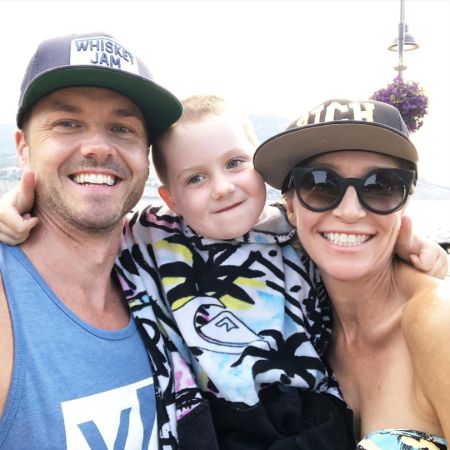 Actor Paul Campbell and his wife Lorie Campbell with their son. SOURCE: Instagram

Mr. and Mrs. Cambell are proud parents of their child, a son named Kingston Campbell who the couple welcomed in 2016. Kingston who celebrates his birthday on 5th July is also often spotted on his father's Instagram page.

As a matter of fact, he has his own Instagram and YouTube page too which are managed by his parents. Kingston resides in Canada and sometimes in the States with his father and mother.

Kingston's father is also mainly based in the States because of the acting profession and work with Hallmark Movies that requires him to live there. And, not only has Campbell acted for Hallmark films but also wrote two outings for ratings and audience response.

Additionally, Sun, Sand & Romance is the first film Campbell wrote for Hallmark which was followed by A Godwink Christmas and Christmas by Starlight. And, with more projects in hand, Paul was last seen on Turner & Hooch and The Santa Stakeout.