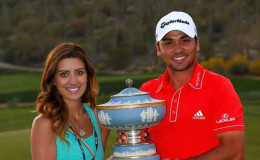 Love can sometimes be instant or grow over time, while on other occasions love happens because it somehow feels like it was destined to happen. For golfer Jason Day, love was neither instant nor it grew over time - it just happened by chance (or destiny).

Love can sometimes be instant or grow over time, while on other occasions love happens because it somehow feels like it was destined to happen.

For golfer Jason Day, love was neither instant nor it grew over time - it just happened by chance (or destiny). Maybe he did not recognize the love of his life during his first meeting, but there was no way the universe was letting him miss out on her.

Fortunately, Jason bumped into his soulmate for the second time and as they say, the rest is history!

Jason Day first met his future wife Ellie Harvey (now Ellie Day) while she worked as a waitress in a restaurant in Ohio. The couple did not exactly carry a spark in an instant as they did not date for a few years.

It's co-incidence or destiny - either way, the couple's next meeting was not planned as they ran into each other. This time, however, they sensed a brewing connection as they began dating. 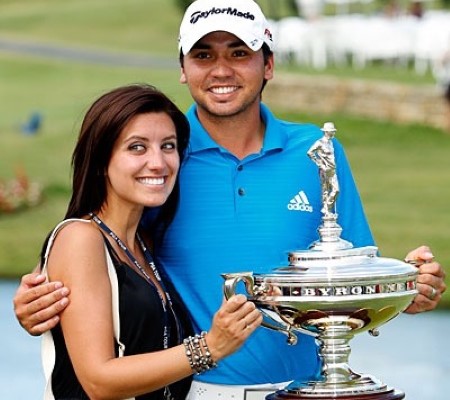 According to an ESPN story from 2010:

"They met five years ago when she was waitressing at a restaurant in Twinsburg, Ohio, but didn’t start seriously dating until coincidentally running into each other a few years later."

The dates led to a committed relationship and soon they felt ready to take that next giant leap. The pair tied the knot in October 2009.

Ellie tends to keep a very low profile. In fact, before Jason was earning handsomely from his career, Harvey would drive to the events in an RV with their dogs.

Meanwhile, the couple shares two children together. Their son Dash James Day was born in July 2012. In November 2015, the couple welcomed their second child, a daughter named Lucy Adenil Day. The entire family lives in their home in Ohio.

Ellie appears to be a social media enthusiast. She can be seen constantly uploading pictures of her as well as her family on Instagram.

Thankful for another trip around the  with these weirdos. Thanks for all the birthday love. Xox #thisis32

On a sadder note, it was not all joy for the pair as Ellie suffered a tragic miscarriage in December 2017.

On 3rd November 2017, the couple had announced they were expecting their third offspring. She was due to welcome her baby the following June. However, Ellie came to know the baby had no heartbeat.

Ellie took to Instagram to reveal this heartbreaking news. She wrote:

"It’s taken me some time to get up the courage to post this. I’ve prayed about this bc I think it matters and I don’t take it lightly that I have a platform, albeit small, to share my heart. On Thanksgiving, I lost the baby."

The tragic news was hard to take for the Day family. However, this hasn't stopped Ellie from continuing to be her husband's #1 fan. She is often seeing cheering on her husband in her tweets.

Moreover, in the 3rd round of the 2015 US Open, Harvey kept praising Jason's courage and efforts after he collapsed on the course due to dizziness. It goes without saying Harvey is one extremely supportive wife!

Jason Day's Wife Was Barrelled By LeBron James In 2015

On 17th December 2015, Jason Day and Ellie Harvey were sitting courtside during the match between Oklahoma City Thunder and Cleveland Cavaliers. During the match, Lebron James barrelled into Ellie while trying to collect a loose ball.

Standing at 6 feet 8 inches and weighing 250 pounds, Lebron came flying into the courtside seats. Jason's wife was subsequently knocked backward. You can watch the video below:

It had only been a month since giving birth to her son and Harvey was down for several minutes as she received medical attention. She was later stretched out of the arena wearing a neck brace.

James wished her well on Twitter after the match. He wrote:

"Ellie Day I hope you're okay! My apologies! Hope u guys come back to another game soon. Love LJ!!"

Ellie carried no hard feelings as one of her friends reported her saying from the hospital "He was just doing his job. Go Cavs". 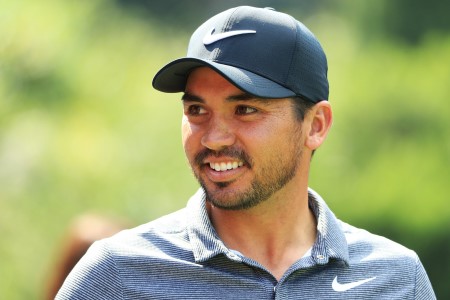