Plastic Surgery is becoming a Hollywood trend; Christie Brinkley also went for the procedure; See her Relationship and Affairs 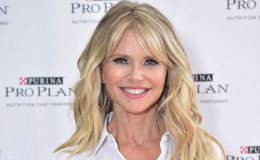 The legendary swimsuit model, Christie Brinkley, is a renowned face in all of the modeling towns. But it seems she artificially enhanced her looks, in order to look more youthful.

She also accepted doing the artificial surgery but only in few body parts. Looks like she is hiding a lot of information regarding the surgery.

So today on this topic let's talk about plastic surgery and also know about her relationship history.

By adding more structure to your jawline to facelifting the entire mouth, there are a lot of cosmetic surgeries available these days. 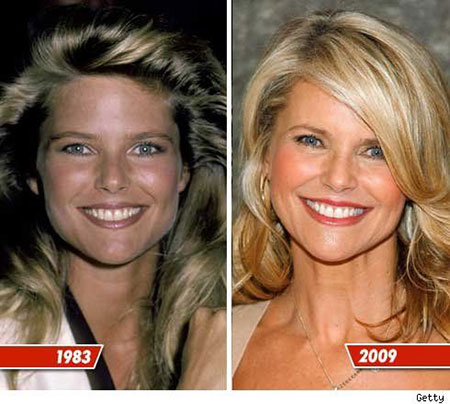 Christie's before and after picture shows how she changed over the years
Source: Celebrity Plastic Surgery

But of all these surgeries, what has Christie opted for? Is it botox or breast augmentation or is it something else? Now, first of all, to compare her photos from the past and present, we cannot see much of a difference in her beautiful face.

The former model still looks so youthful and many people claim it's due to her exercise and diet routine and of course, a little bit of artificial enhancement.

You May Like: Top Eight most common Plastic Surgery Complications

She herself admitted that she sometimes uses fillers but refrains from using botox. Using filler is nothing surprising as she spent much of her lifetime shooting, while under the sun.

Talking about her Plastic surgery with People magazine, she affirmed,

“I grew up in Malibu then my real job of modeling took me to beaches all over the world and under the sun. I really am aware of all the sun exposure I’ve had in my life and I’m interested in things that they can do to [reverse the sun’s effects]. Occasionally I’ll do a little bit of filler." 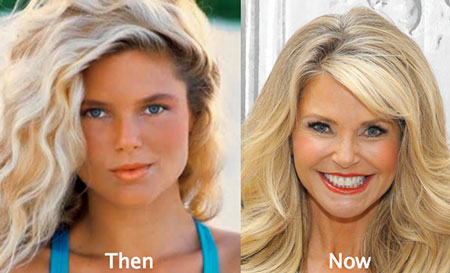 According to various tabloids, she used Botox on her face and neck are to hide wrinkles and also enhanced her jawline. No wonder the 64-years-old model still rivals her own daughter's beauty.

Also Read: Difference between Plastic surgery and Cosmetic Surgery: And also see its Different Effects in your Health

It's all because of her healthy lifestyle and skincare regimen playing a great role behind her youthful looks. In October 2017, she admitted that she's using some non-invasive and non-surgical anti-aging procedures; Ultherapy for her neck and chest and Xeomin for her frown lines.

Talking with People, she said,

"But I’m almost 64. At a certain point, you might need a little something extra. When I look in the mirror, I want to feel like I look as good as I feel. And if you can have something done to feel more confident and better about yourself, then you feel like your face matches your spirit—and my spirit is enthusiastic and energetic."

"I wondered if people would think I’m phony and fake. But it’s better to be honest and say, 'Yeah, this is what I do."

Though she felt insecure to try Xeomin at first, she's very happy now.

Christie Brinkley-Marriage Life With Husband; Is She Dating Someone Secretly?

The former model has married four times in her entire lifetime. The first time, she married French artist, Jean-François Allaux in 1973 and divorced in 1981. 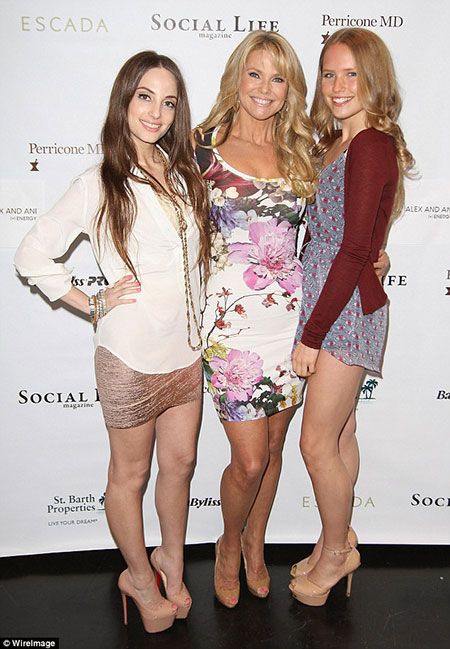 The second time she married Billy Joel in 1985. They share one child together Alexa Ray Joel and they divorced in 1994.

Her third marriage was with real estate developer, Richard Taubman in 1994. They divorced in 1995 and share one son, Jack Paris Taubman.

She married Peter Halsey Cook in 1996. The pair shares one child, Sailor Lee Brinkley Cook and they divorced in 2008.

Her 20-year-old daughter Sailor took Instagram and spoke strong words for her critics. She mentioned that she won't let body shaming internet trolls break her spirit.

Further, she mentioned that she knows that she has small breasts and doesn't have perfect body curves.

Brinkley looks stunning 35 years later she stepped in the modeling career and it is difficult to believe that she is single. During an interview, she explained what she looks in a man.

"He has to make me laugh. It might be nice to have someone taller than me this time... I want someone to make me feel dainty."

The blonde bombshell is still in search of her future love life. So, guys, it might be your turn!

She discussed her surprising beauty secret and her relationship with former husband Billy Joel on Megyn Kelly TODAY: 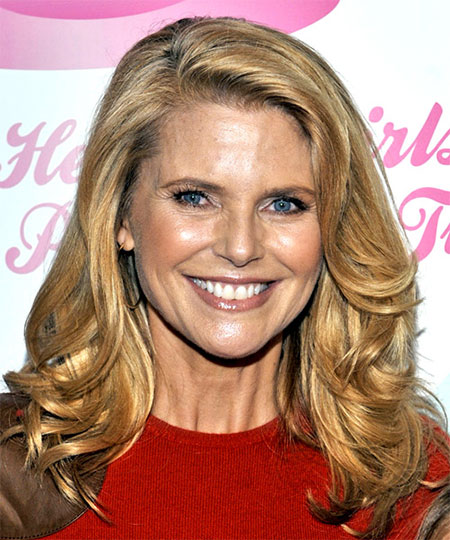