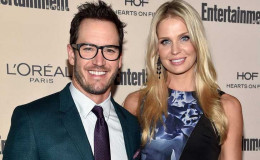 Mark-Paul Gosselaar, this time has an awesome family life with wife Catriona with four adorable kids.The couple has no rumors of split or extra affairs.

Mark-Paul Gosselaar; Popular American artist is best known for his portrayal as Zack Morris in NBC's Saved by the Bell.

The dashing actor married Catriona McGinn in 2012 after divorcing first wife Lisa Ann Russell. So, is the couple happy together? Let us find out!!!

After separating from Lisa, Mark was repeatedly spotted with Catriona at different places. Catriona is a professional advertising executive.

The couple revealed their relationship with an announcement of their engagement in August 2011 just after three months of divorce and finally tied a knot on 28 July 2012 at the Sunstone winery in Santa Ynez, California. 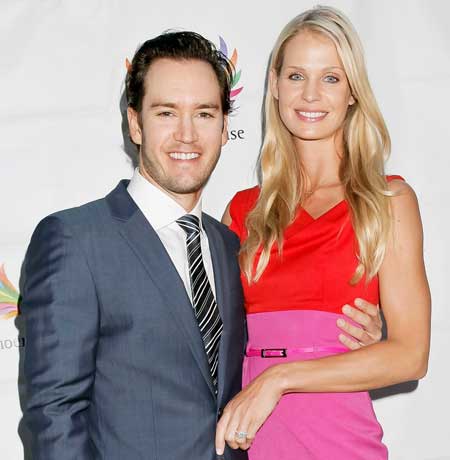 Mark and Catriona looking fabulous together, Source: US Weekly

They encountered each other when Catriona played a small role on the hit NBC show. The pair dated secretly for six months and made a public appearance since Mark's divorce was finalized in May.

Gosselaar and his wife are spotted together the last time in the 22nd Annual Taste for the Cure in Los Angeles. Marked looked handsome in a classy suit whereas his wife also had an equally amazing look.

Here you have a look at the super cute family of the star:

The star is currently in the news because of his new look as he is gaining a lot of weight with long facial hair according to his as he is making himself ready for his upcoming project Fox's Pitch.

'I don't want people to recognize you right off the bat. Can you grow a beard?" I'm a fan of baseball, I know that 70 percent of baseball players have beards — especially catchers, who are more burly players — and then Dan asked if I could gain weight for it. I said yes to both.'

As the couple has their relationship going on so smooth for almost 6 years, we can say that the couple has a strong bond with no divorce to occur at the recent time.

CSI star shares two children; son Michael Charles (2004) and daughter Ava Lorenn (2006) with his first partner. The former couple maintained their relationship for 14 years and announced their separation back in June 2010.

Gosselaar and Catriona have two children; a son named Dekker born in 2013 along with an adorable daughter Lachlyn in 2015.

The couple seems very happy as they don't waste a single moment to flaunt their happy family life via social sites. You can have a look at some of these Instagram images of the star with his complete family.

Catriona is a step mother for Ava and Michael but she seems very close with those kids. 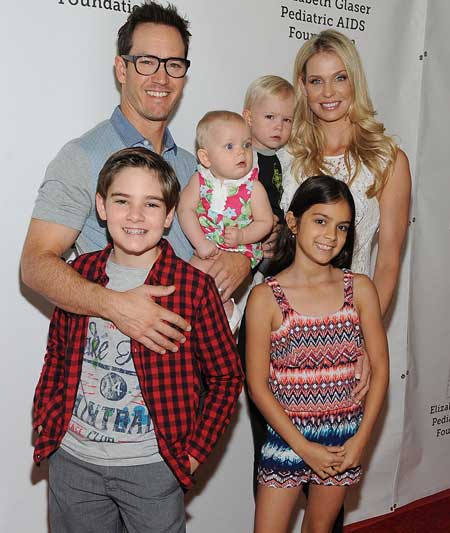 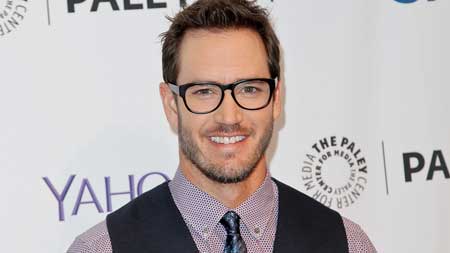 Well, all in all, we wish the Murphy Brown star all the very best for his outstanding personal as well as professional life in days to come.

For more updates and recent gossips of celebs visit our page!!!