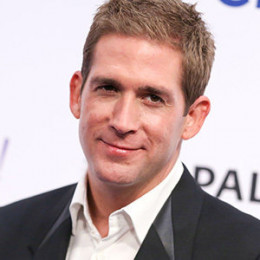 An American actor, Eric Szmanda,is currently single. He is the son of Donald Szmanda and Elaine Szmanda. He attended Mukwonago High School and graduated at the age of nineteen from the American Academy of Dramatic Arts. Szmanda began a recurring role in the CBS police drama CSI: Crime Scene Investigation in the first two seasons as Greg Sanders, a DNA technician, and investigator.He debuts from the movie "The Net".

Eric Szmanda is single and there is no information about her affair in social sites. Eric was cast in the central role of "Johnny Dodge" in the UPN pilot "Dodge's City".

He has also produced a variety of internet content ranging from comedy videos to music interviews. Great-nephew of former Menard's pitchman Ray Szmanda. Name rhymes with raw-panda. There is no information about his rumors on social sites.

Eric Kyle Szmanda was born on 24 July 1975 in Milwaukee, Wisconsin to Donald Szmanda and Elaine (nee Enders). He has two brothers Robert and Brett.

He studied at the American Academy of Dramatic Arts in Pasadena.