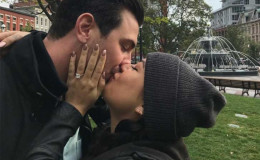 Janel Parrish is an American actress known for her role in the series Pretty Little Liars; She tied the knot with her Boyfriend Chris Long in an intimate ceremony; Also, see..

Pretty Little Liars starred Janel Parrish tied the knot with her boyfriend Chris Long in an intimate ceremony in Hawaii.

It was a day to remember for many years to come!

Pretty Little Liars star Janel Parrish is officially off the market, you guys! She and her long-term boyfriend, Chris Long has exchanged their wedding vows in Hawaii on Saturday, the 8th of September. 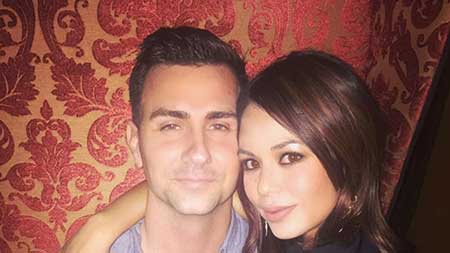 Speaking after their wedding, Janel in an exclusive interview with the US Magazine said,

“We feel so lucky we found each other in this crazy world.”

The actress was jubilant upon marrying the love of her life in front of her friends and family in her home in Hawaii. She further added,

“Marrying my dream man in my home of Hawaii surrounded by family and friends was a dream.”

According to the sources, she wore a mermaid Inbal Dror gown. The gown itself was blended with sweetheart neckline, corset bodice, and long, feathered train. Although the official wedding pictures of the wedding are yet to come.

The modern duo wasn't going to settle for a simple wedding as they exchanged written vows, just so whenever one of them feels inadequate they can read the vows and get back on track.

Janel's sister was the maid of honor whereas Chris's brother was the one who officiated the nuptials. Building up to this day, her friend's, bridesmaids, made sure the makeup was perfect.

Never properly thanked my amazing bride tribe for my perfect bachelorette party As we walk into wedding week, so thankful to have the best people by my side! #jsbachwithbeaches

Vintage and Lace Weeding handled all the planning of the wedding, whereas 37 Frames Photography took care of the photos and videos. The duo walked down the aisle while the song she penned for Chris was going on in the background.

A lot of celebrities were present for the big day including her co-stars from Pretty Little Liars, Brendan Robinson, and Marlene King, and Bratz's star Logan Browning and Natalia Ramos.

As for the cuisine, well the couple didn't shy away from splurging money on it. The guests were treated with fish, bacon smoked macaroni and cheese, fried rice, Hawaiian sherbet, and buttercream cake.

Well, the couple is now officially husband and wife and we wish them all the best for their life together.