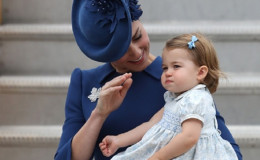 The two-year-old darling Princess Charlotte is all grown up. Cute Charlotte who is fourth in line to the throne posed for her first day of nursery portrait.

The Duchess of Cambridge, Kate Middleton posted the two adorable pictures of the young princess which has grabbed headlines all over the media.

She also wore a Cath Kidston ballerina rucksack and a matching burgundy bow on her hair posing outside the Kensington Palace's stairs looking absolutely adorable. 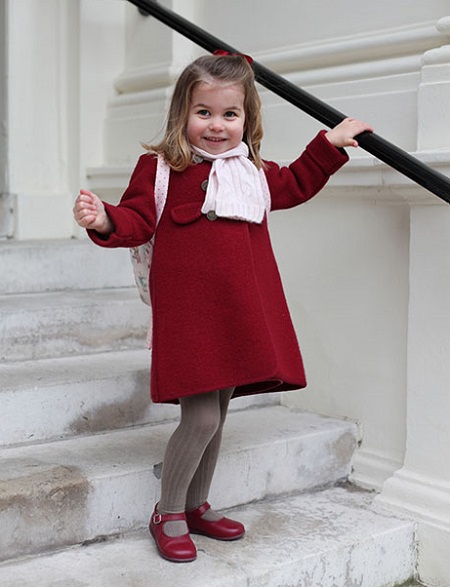 The photos were snapped by Charlotte's mother, Duchess of Cambridge and posted by Kensington Palace with a statement:

"The Duke and Duchess of Cambridge are very pleased to share two photographs of Princess Charlotte at Kensington Palace this morning.The images were taken by The Duchess shortly before Princess Charlotte left for her first day of the nursery at the Willcocks Nursery School." 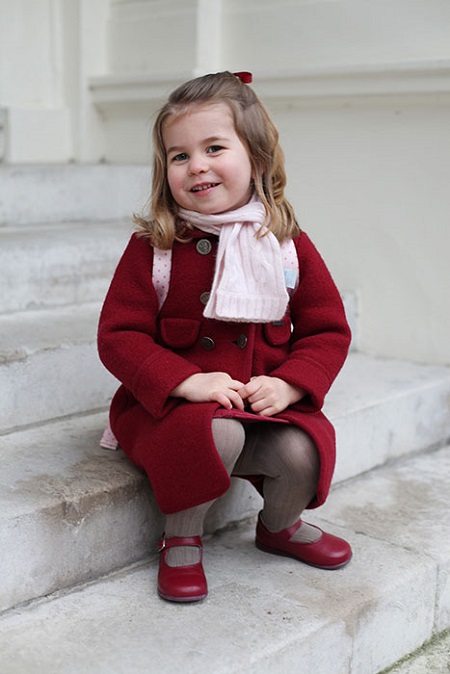 In the portraits, the Charlotte looks happy and all prepped up to start school. She will be a full-timer at the Willcocks Nursery School. Her brother, George, 4 attends Thomas's Battersea school who attended the first day of school in September last year. 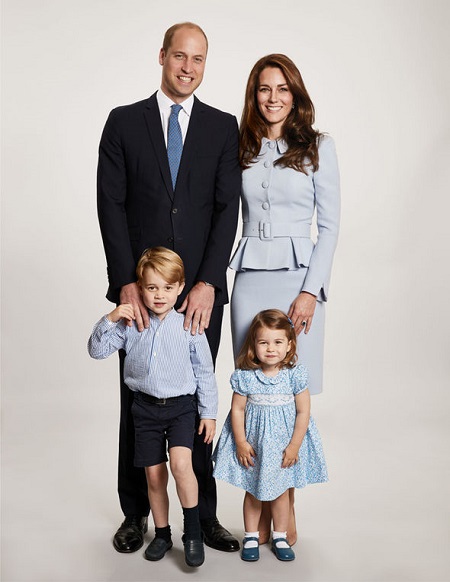 On September 4, 2017, it was revealed that The Duchess is pregnant with her third child with Prince William and the baby is due in April 2018.