Home Article Pro American Golfer Jordan Spieth Is Engaged To His Longtime Girlfriend For About A Year; Know About Their Wedding Plans

Pro American Golfer Jordan Spieth Is Engaged To His Longtime Girlfriend For About A Year; Know About Their Wedding Plans 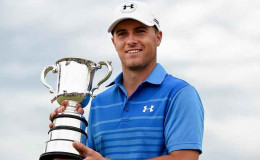 Three-time major champion, Jordan Spieth is an American professional golfer who has held the title of many championships.

Three-time major champion, Jordan Spieth is an American professional golfer who has held the title of many championships.

Enjoying his success in his professional life, the golfer is also having a lovely time in his love life. Married to his high-school sweetheart Annie Verret, has the American golfer planned for a wedding? Wanna know more about their love life? Let's get into it!

Got Engaged To His High-School Sweetheart, Jordan Spieth Soon Planning To Get Married?

Golfer Jordan Spieth is already setting his hopes up for a beautiful marriage.

Spieth and his fiance Annie Verret met while attending high school in Texas and hit it off right then. Being together for several years sure did bring them together much closer and eventually ended up them engaging over Christmas 2017. 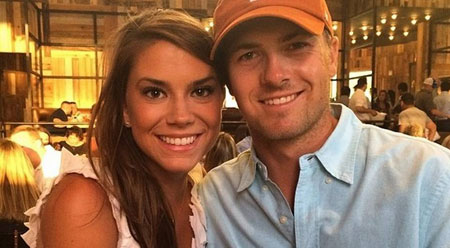 Verret works as an event coordinator in Dallas for an organization named First Tee which uses golf to help mentor young people.

Also See: Hollywood Personality Billy Bob Thornton Married Numbers of Wives In His Life; Details Of His Spouses And Children

The public came to know about their engagement when Golf Digest posted a picture of Spieth and Verret where she was covering her face with her hands which had a sparkling diamond ring on it.

Spieth tells upon asking about them,

"It was nice. My brother was in town and her sister got in town, so we had our families there afterward and it was a great night, really excited,"

The golfer also adds that he was sick while he proposed to his beloved fiance.

"I had a decent idea and then I was pretty sick. I had to have a backup plan. But I woke up and felt good that day and went through with it."

He has always set his priority to his loved ones by golf being his another love. He said in an interview,

“Golf is not No. 1 in my life. And I’ll have a family of my own someday and that will be — golf will be fourth. So as of now, you know, my relationships I have with my best friends and my family and my girlfriend are second and golf’s third.”

Verret can often be seen in professional golf tournaments in order to support her beloved fiance including last year's Open Championship which was won by Spieth. 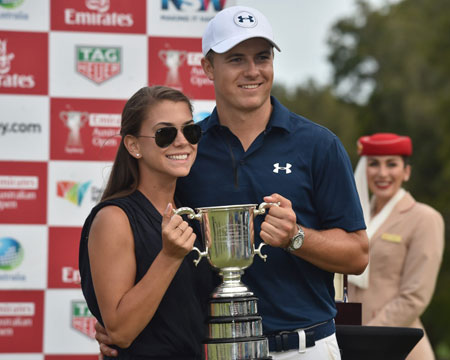 Verret often visits her fiance on his games.
Source: TheKnotNews

The duo seems to be not have planned up for their wedding as for now and let's wish we could hear some more good news about their life pretty soon.

After dating for months, Spieth finally tied the knot to his girlfriend turned wife Annie.

Happy 21st to this beautiful girl! Great time at the Rustic with family and friends @@annie_verret

Putting Up A Foundation For Charity Work, Jordan Spieth

Spieth earned the spot in the 2013 Presidents Cup team and began his planning for opening up a foundation which helps needy ones. 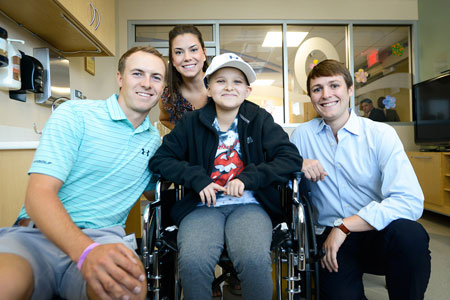 Spieth opened a foundation to help the people in need.
Source: Children'sHealth 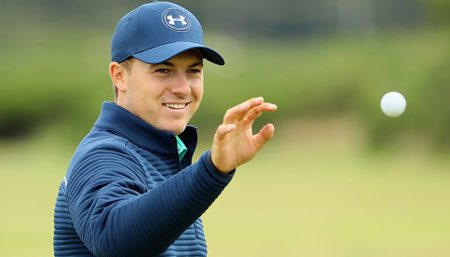