Home Article Professional Golfer Tiger Woods Dating Erica Herman; His Ex-Wife Accused Of Cheating On Her; Details On His Past Scandals

Professional Golfer Tiger Woods Dating Erica Herman; His Ex-Wife Accused Of Cheating On Her; Details On His Past Scandals 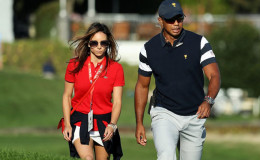 One of the most successful golfers of all time, Tiger Woods has won 79 PGA Tour events making an impressive mark in his career. The renowned athlete is a father of two from his relationship with his ex-wife Elin Nordegren.

He's always been in the headlines either because of his spinal injury, many relationship failures, and days spent in rehab for sex addiction therapy. Well, it's time to know whether the golfer has found a new love life or not? Is he single or dating someone at present? Let's find out!!!

We can simply call Tiger Woods, a lucky guy. Despite a number of relationship failures, serial cheatings and being a sex addict, he has found the love of his life; most probably the final one.

Woods has recently been dating Erica Herman, a restaurant manager from Florida for several months now. 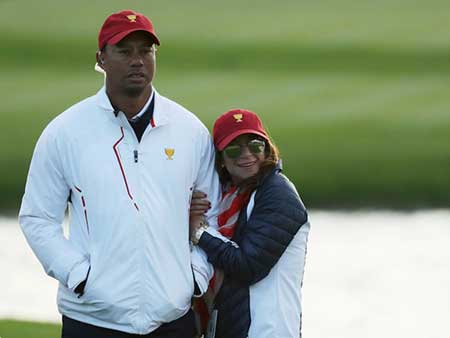 Woods started hanging out with Herman shortly after he broke up with his ex-girlfriend, Kristin Smith in mid-2017.

They made their relationship public when they attended the Presidents Cup together in September 2017.

?Proud to launch new sites for TGR, Tiger Woods Ventures. Check out what we're doing on and off the course. Link in bio.

Sources say that Woods and Herman met through her work. She has been involved in the restaurant business for several years. She is also the general manager of his eatery known as 'The Woods' situated in Jupiter, Florida.

Though they have been an item for several years now, a source said that Herman had her eye on Woods for many years when he was a married man.

'Erica’s been chasing Tiger around like a puppy for close to 10 years. I’m not sure if his wife knew, but I’m not sure how she couldn’t know. I can’t believe Tiger’s out in public with her now.'

Well, let's congratulate the lovely couple! We wish to see them together for a long time being.

Tiger Woods' Past Affairs And Relationships

The famed athlete married Elin Nordegren in 2004. They exchanged vows at the Sandy Lane Resort in Barbados. Wedding guests included Oprah Winfrey, Bill Gates, and Michael Jordan. As per CNN, the wedding cost as much as $1.5 million.

"The couple exchanged rings under an arch of flowers framed by the blue Caribbean and a spectacular sunset. The guests then took their seats in a huge marquee, built on the hotel’s golf course, to dine on flying fish, macaroni pie, shrimp cocktail followed by the finest champagne."

He is a father of two kids, a daughter named Sam Alexia Woods and a son named Charlie Axel Woods. 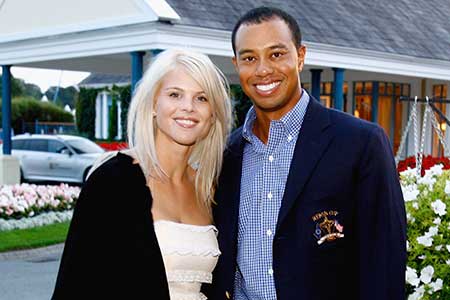 Things went on well between the two until Nordegren found some evidence regarding Tiger cheating on her with more than one woman. 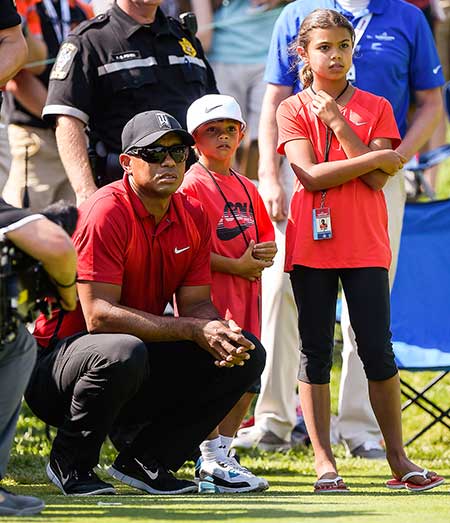 Tiger Woods with his adorable kids
Source: US Magazine

The couple divorced in 2010 following his infidelity. Sources reported that she was given $100 million in the divorce settlement.

Later, he met the Olympic skier Lindsey Vonn at a charity event in 2012. The two dated for some years and fell apart in 2015 when he cheated on Vonn.

He also dated fitness model Laci Kay Somers and Kristin Smith in past.

Apart from his impressive career, the 43-year-old star took a brief break from golf and checked into a rehab seeking treatment for sex addiction.

Due to his multiple infidelities, several companies completely ended their sponsorship deals with him. As per a study in December 2009,  the shareholder faced a loss somewhere between $5 billion to $12 billion.

He said in a statement,

"I want to say to each of you simply and directly I am deeply sorry for the irresponsible and selfish behavior I engaged in. The issue involved here was my repeated irresponsible behavior. I was unfaithful. I had affairs. I cheated. What I did is not acceptable, and I am the only person to blame. I do plan to return to golf one day, I just don’t know what day that will be. I don’t rule out that it will be this year."

Additionally, he entered rehab to get rid of his addiction to pills in 2017.

We hope he is perfectly fine now! 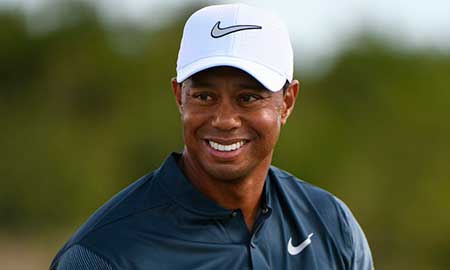