Home Article Television anchor Rachel Maddow and girlfriend Susan Mikula has been dating since 1999: An inspiring gay couple: No plans for marriage yet

Television anchor Rachel Maddow and girlfriend Susan Mikula has been dating since 1999: An inspiring gay couple: No plans for marriage yet 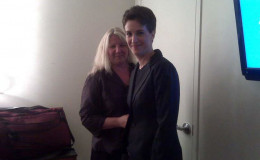 Rachel Maddow's personal life motivates all of us as she's been living happily since forever with her lovely partner, Susan Mikula and the couple is going strong as storm together. The amazing story of this power-house couple is something you guys should not miss.

Every time she goes live, she makes her viewers hooked to the television with her outstanding political comments and reporting skills. Popular for her night show, The Rachel Maddow Show on MSNBC, Rachel Maddow is the industry's most versatile and well-known host and commentator.

Being recognized as first openly "gay anchor" to host the major prime-time in MSNBC, Rachel is truley an inspiration for all those gay men and women who are still hiding behind the closet.

Not only that, her personal life motivates all of us as she's been living happily since forever with her lovely partner, Susan Mikula and the couple is going strong as storm together.

The amazing story of this power-house couple is something you guys should not miss. So today, let's take a moment to know about them in this section.

The story behind how Rachel and Susan first met

The AIDS activist and former radio host Rachel, was just stepping into the news industry and trying out her luck for something big.

As we all know, no matter how much we run to find love, it doesn't happen until it finds you. 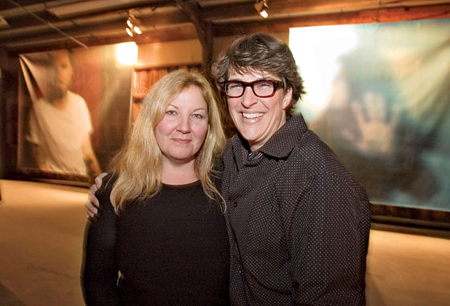 The same thing happened to this adorable couple.

Rachel was working odd jobs, here and there while completing her doctoral dessertation and luckily she found someone who hired her to do some yard work at a home in the Berkshires, back in 1999.

Little did she know, that someone would be her future wife. Rachel started working for Susan Mikula to manage her yard and the two gradually fell in love.

"It was very Desperate Housewives. My first date with Susan was at an NRA' Ladies Day on The Range event and it was really special for both of us" 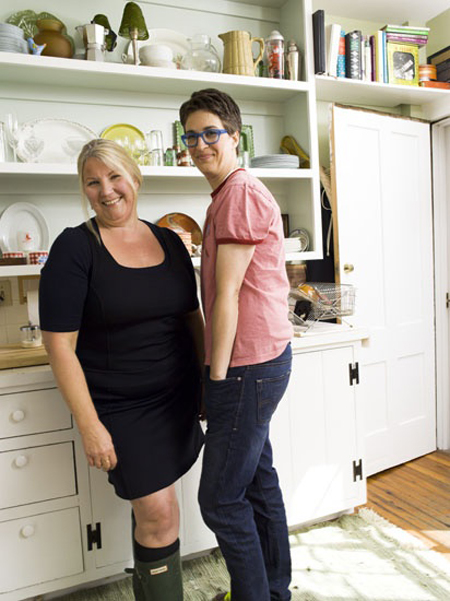 Maddow quoted the above statement in her interview with People.com

Ever since, the couple has bonded together really well and now lives together in a Farm House in Massachusetts with their super cute dog, their black labrador, Poppy.

Susan and Rachel still not married: No pressure to tie the knots.

The 44-year-old political activist, host and author Rachel and her partner Susan, who is also an author have laid back their thoughts to get married and start a family. 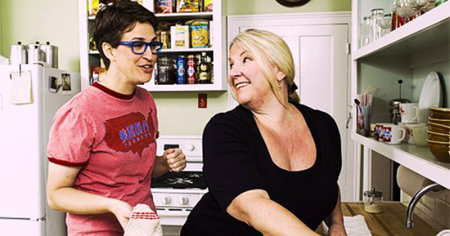 Rachel and partner Susan having a chat in their kitchen, Source: Frost Snow

Despite the fact that the couple has been together for almost two decades, the pair has, however, not decided to walk down the aisle together.

In an interview with The Huffington Post, Rachel confessed that why they aren't in too much pressure to get married.

“I feel that gay people not being able to get married for generations, forever, meant that we came up with alternative ways of recognizing relationships. And I worry that if everybody has access to the same institutions that we lose the creativity of subcultures having to make it on their own. And I like gay culture.”

Well, this doesn't mean that Maddow and Mikula are against lesbian and gay marriages, they are just not ready yet. 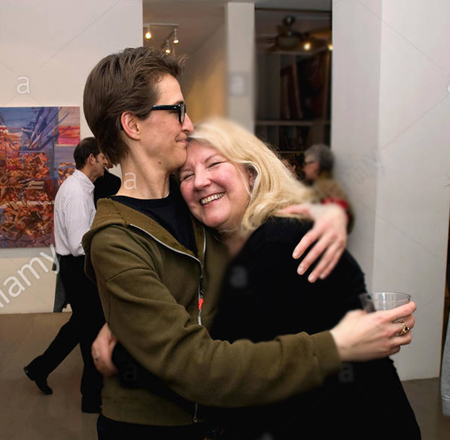 But, rumors has that the super couple is soon planning to get married. Keep checking out our page for more updates about Susan and Rachel.

While her partner Rachel hosts the Emmy award winning popular news show, "The Rachel Maddow Show", taking on the biggest stories of the day, Susan on the other hand, takes pictures and films of the nature.

What a combination of art and technology!

Susan Mikula is well-known professional photographer and her previous work "Thrill Show" and "Anyone Can Enter" art gallery show has made her an established photographer in the art industry. 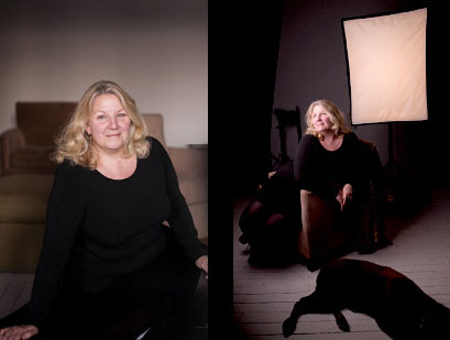 In 2015, Mikula recently completed series of mysterious prints, of antique toys and figurines-in haunting or dream or nightmare like compositions and named it "PhotoBook"

Mikula has a SX-70 Polaroid Camera, with which she takes photos, that are remarkable and has earned her a trademark for soft focusing and powerful effects.

Her exhibition at George Lawson Gallery in 2015, has made her even popular and a pro-artist.

Even the Gallerist George Lawson who has provided Susan with four single exhibition in his gallery is very impressed by Mikula's work. He quotes,

"I have a painting-centered program, but Susan’s artistry is so phenomenal, with emotion and narrative subtext that creeps up on you, that I keep coming back to it. She is a master at the sucker punch.”

Not only this, Susan is also an author and has published world-wide selling books which includes, American Bond, Photographs and  Susan Mikula: U.X

For more information about her and Rachel, you can visit Susan's official website at susanmikula.com and Twitter.com/Rachel

Well, it clear that both the partners has reached success high in their respective fields. Sources reports that Rachel's networth has been estimated to be USD 20 million.

The duo surely does inspire us and we really hope they would remain as it is for the rest of their life.