Home Article Who Is Rebecca Kufrin Dating After Garrett Yrigoyen?

Who Is Rebecca Kufrin Dating After Garrett Yrigoyen? 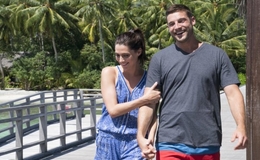 The Bachelor has been such a wild ride for Rebecca Kuffrin where she met two men she believed were the love of her life. Not only did she meet and fell in love with two men but got engaged too. Unfortunately, both of the engagement didn't last.

As The Bachelor started premiering its 22nd season in January 2020, fans watched racing driver Arie Luyendyk Jr. as the lead of the show where Rebecca Kufrin was one of the 29th women competing to win his heart.

The journey obviously wasn't easy for Kufrin, but she somehow succeeded to build a deep and strong connection with Arie that she made it to the finale episode where she stood against Lauren Burnham. 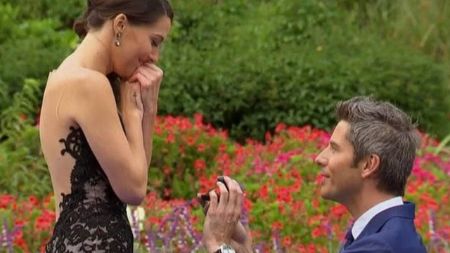 Rebecca Kufrin became engaged to Arie Luyendyk on the 22nd season of The Bachelor. SOURCE: YouTube

Over the month Kufrin spent the time with Luyendyk, the Minnesota native fell head over heels for him. The ending couldn't even be more fantastic when Arie chose Rebecca to marry. Kufrin, of course, accepted the engagement.

Shocked, heartbroken, arguing, and wailing footages of Kufrin were captured up by the show which outraged the fans claiming that she didn't deserve it. Arie, on the other hand, received hate and criticism for playing with Kufrin's heart.

Surprisingly, Arie went after Lauren who forgave him. Not to mention, the couple is still together and happily married. But, what happened to Kufrin?

No matter how many hardships life can throw at one, you are still supposed to stand up and move on. So, after the conclusion of The Bachelor, Rebecca Kufrin debuted on the 14th season of The Bachelorette as the lead where she had to find her significant other.

Finally, after over a month on the show, Kufrin was able to find her future husband in Garrett Yrigoyen among 28 gentlemen as she accepted his engagement with a diamond ring after Rebecca had broken things off with runner up contestant Blake Horstmann. 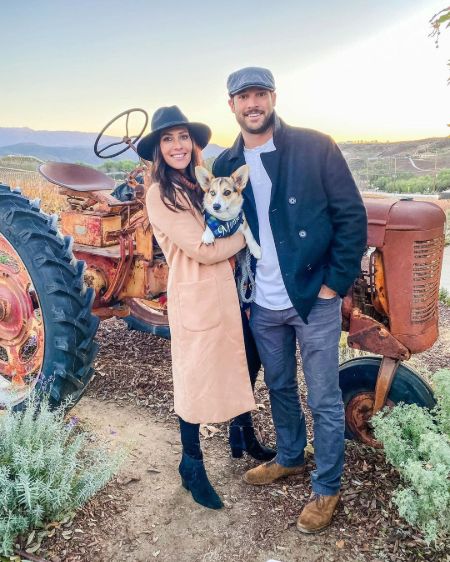 So, in August, Kufrin was once again engaged to a man. But, this time, there was no betrayal and the feeling of being hurt she had been through already. Following their engagement, Kufrin and her fiance Yrigoyen moved to California to start a new life.

The lovebirds were able to make it through the next two years. But, as of September 2020, things were not sunshine and rainbow between the two as Kufrin announced her break up with Yrigoyen on Instagram.

Yrigoyen shared with a paragraph writing a moving message that she had ended her engagement with the medical sales representative. But Kufrin also mentioned that she still wished nothing but the best for him.

"While we’ve arrived at this point, it doesn’t diminish the countless, amazing memories made together. We hope that everyone can allow us grace, respect and the time to heal our hearts as we navigate this next chapter in our lives," wrote Kufrin.

On the other hand, some of her fans also commented that Kufrin made the decision after Garrett openly supported the police in the Black Lives Matter Movement. Kufrin, however, denied the allegations.

Interestingly, just in less than three months, Garrett shared a lovey-dovey Christman snap with a new woman indicating that he had moved on. But, as for Kufrin, she is still single in January 2021. Hopefully, Becca will find the one soon.